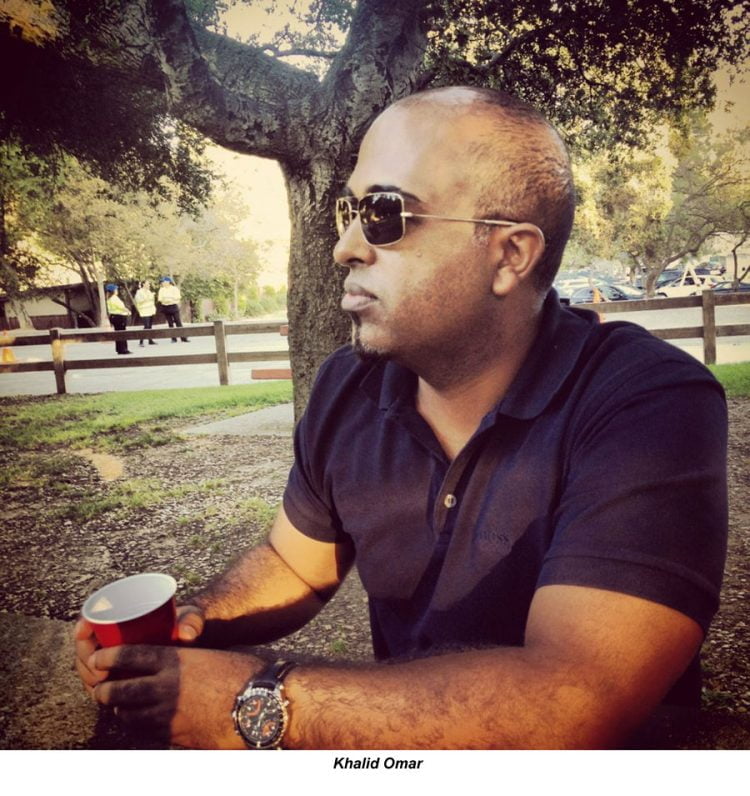 THE REVOLUTION WAS TEARING THE COUNTRY APART.  People were fleeing Ethiopia by the millions. There was widespread political corruption, repression and economy misery.

Even though Khalid Omar’s family was upper class, life was nevertheless difficult – and scary. The revolution was gaining momentum and his parents felt it could ultimately impact their lives.

They did not want Khalid and his brother, Sami, to be shuffled off to the military, or caught in the middle of crossfire, so they decided to send them to the United States to be with their sister Aida, who lived in Los Angeles.

“They wanted us to have a better life,” Khalid says.

Khalid had seen Los Angeles in films and could not wait to arrive to his new home to start a new life. The year was 1989. He was 17 years old.

“When I’d see Los Angeles in the movies as a kid, I remember thinking, ‘That’s the place I want to live,’” he says.

On the airplane ride to California, Khalid was overcome with excitement, curiosity and wonder. When the plane landed and he headed over to his sister’s house, he nudged his brother and said, “L.A. isn’t as clean as I thought it’d be.”

“The perception I had of L.A. from the movies to actual life,” he says with a smile, “was quite different.”

Life in California was initially difficult for Khalid, even though it was easy for him to make friends because of his outgoing and pleasant personality. He missed his parents and his friends from home.

But he adjusted accordingly and made the best of it. 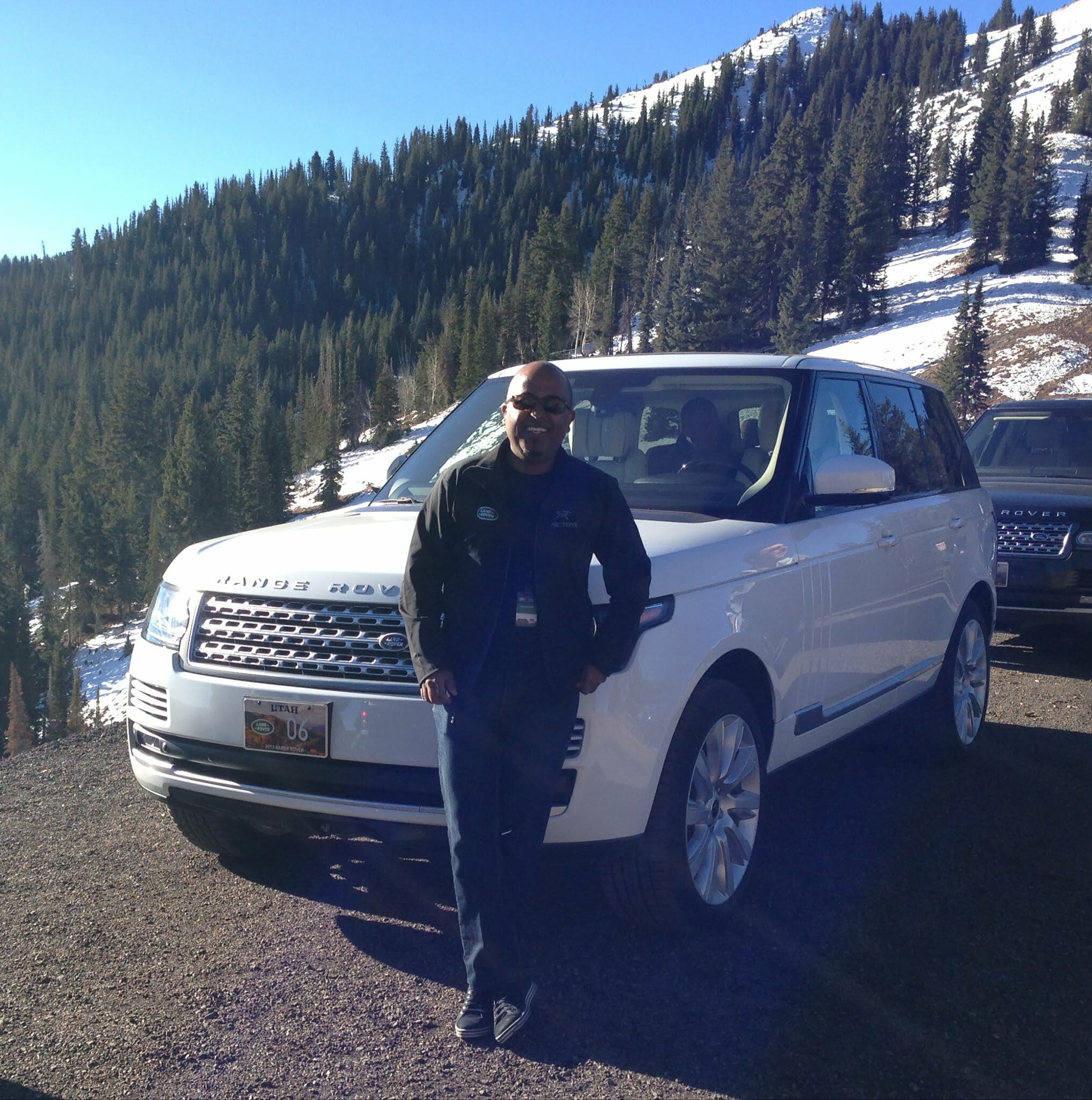 Following his senior year of high school, he had dreams of becoming an airline pilot, but he couldn’t scrap up $40,000 for flight school. He fell into sales and it turned out to be the ideal profession for him.

Today, he is one of the top managers at the Rusnak Auto Group. His presence at Jaguar Land Rover Anaheim Hills is one of the reasons it has emerged as one of the leading sellers of Land Rovers in its market, which includes Southern California, Arizona, and New Mexico.

“He also has an insatiable appetite for learning different techniques and approaches that work in sales and that he can teach to the people who report to him. What’s also special about Khalid as a person, and what’s makes him successful in his profession, is that has an air of confidence about him that you immediately notice. He is not phony in any way. He’s totally genuine and real.”

It’s About The Journey

Omar’s journey from Ethiopia to Rusnak has been quite eventful. His first sales job was at the age of 19 – Gingiss Formal Wear at the Fox Hills Mall. It was there that he learned “I had a knack for selling — almost immediately,” he says.

One day, a customer told him that he was an outstanding, friendly and helpful sales person. The man happened to be a sales director at a new Circuit City store opening in Westwood, Calif. He told Omar he’d like to have him join his sales staff.

Omar applied. So did 2,500 people — for 30 jobs. Omar was one of the 30 people selected. He was assigned to home audio – “and that’s where I really honed my sales skills,” he says. 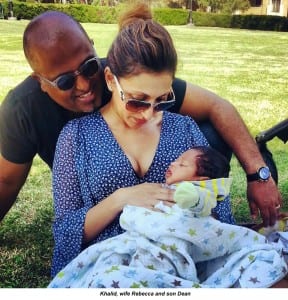 He became one of the store’s top sales people. He not only advanced to the President’s Club based on top sales but he also won a $15,000 prize for having the company’s best sales pitch.

Just how did he acquire this natural ability to sell so successfully and seamlessly?

“Part of it goes back to the American schools I attended in Yemen,” he says. “There were kids from many different cultures, backgrounds and nationalities. There were sons and daughters of diplomats from Japan, China and other countries. I was exposed to that for nearly eight years. I learned to interact and adjust and think accordingly.

“That, in a way, is what salesmanship is,” he says.

The ability to sell flowed easily and naturally for Omar. He was able to build a quick rapport with people because of his open, outgoing personality.

“I’ve never felt like I was struggling to sell,” he says.

Omar’s best friend for nearly a quarter century is Mamush Yemane, who says: “Khalid is a born salesman, yet he turned himself into a great salesman – and one of the most honest you could ever meet.

“I really look up to him and have a great amount of respect for him for who he is and what he has accomplished. He’s an amazingly kind, thoughtful and giving person.”

Omar’s uncanny sales ability led him into the automobile business, where he was convinced he could triple his income. The year was 1996.

“My manager at Circuit City even told me I’d be great at selling cars and that I’d make a lot of money doing it,” he says. 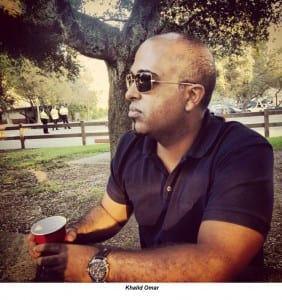 So he walked into Santa Monica Toyota, right off the street, and applied for a job in sales. The manager who interviewed Omar said he’d review his paperwork and call him back.

Omar told him, “Wait a second, you’re going to call me back? You need a guy like me here.”

So the manager summoned his boss, Sales Manager Eddie Hodjat, who hired Omar on the spot.

“I really liked his confidence and attitude,” Hodjat says. 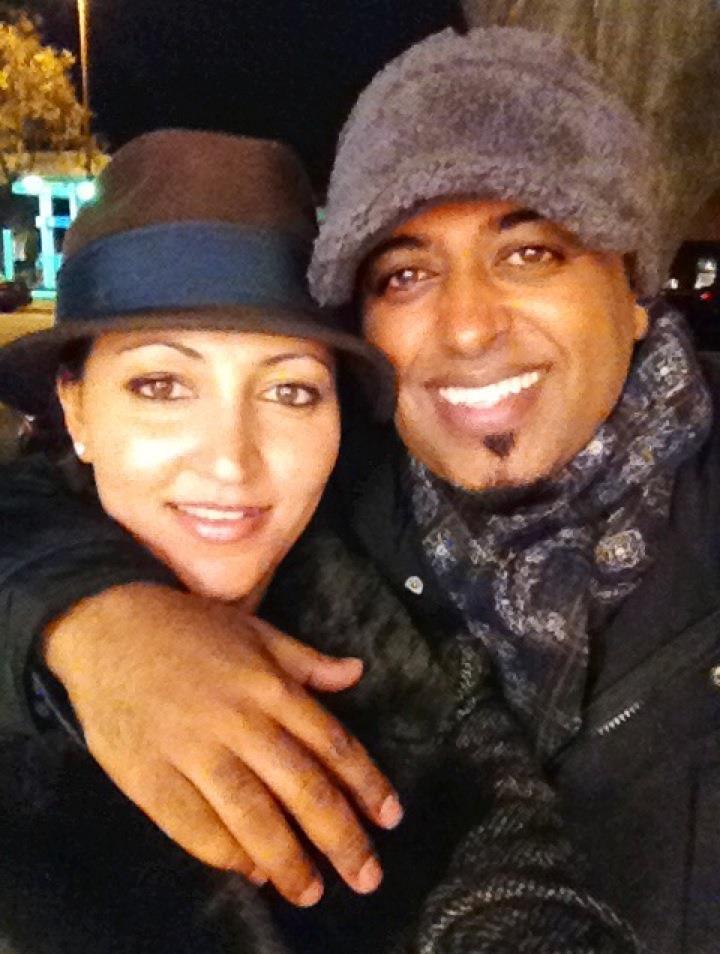 When Hodjat accepted the sales manager’s job at Nissan Mitsubishi a few months later, he took Omar along with him. Which wasn’t a surprise. He had recognized that Omar was a masterful sales person and closer and realized he could not leave him behind.

Omar’s ability to be such a successful closer begins with building instant rapport with customers.

“It all starts with how you greet the client,” he says. “When people see the closer coming in, they think, ‘Oh no, here comes the hammer.’ A good closer has to dispel that notion. I usually say, ‘I’m here to give you more information – I’m not here to change your mind. I’m here to help you make your decision easier.”

That immediately relaxes a client.

“You have to make customers comfortable,” he says. “And it’s of the utmost importance that you create a favorable impression in the first five minutes.”

At the same time, “you can’t be afraid to push a little at the right time,” he adds. “Some people call it pressure. I call it ‘encouraging people to make a decision.’”

As a closer, Omar offers customers multiple options to better help them make a decision – and to close deals more easily and effectively.

“And you might say, ‘Yeah, it’s worth spending a little more for the Sport.’ Or you might say, ‘the LR2 is exactly what we need.’ Either way, I’ve helped you make a more educated decision without pressuring you.” 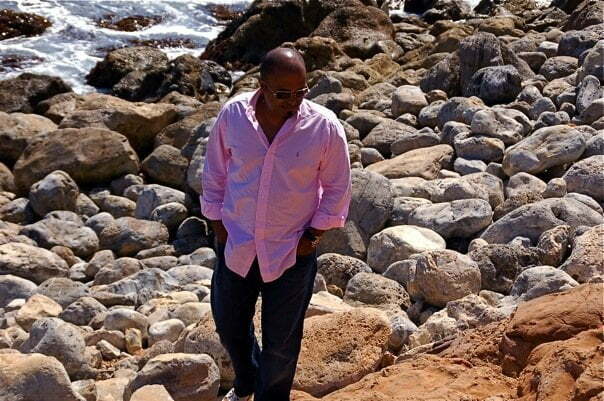 Omar’s technique is bold, creative and simple – and he uses a lot of psychology.

Often times, customers tell sales people and closers, “This payment is too high.”

Omar’s standard response to that comment is: “You’re right.” But, using the psychological lessons he learned at school and in his life’s experiences, he goes on to say, “That’s the reason you can lease this car. Not many people can do that. You’re one of the few who can. Congratulations. Please sign here.”

He smiles sheepishly. “The people buying our product have ego so you have to cater to that ego,” he says.

“Selling is psychology,” he says. “At Rusnak, we’re not in the car business – we’re in the people business. It’s truly about understanding people – ‘What am I saying based on what he’s thinking.’”

Looking for a new challenge in 1997, Omar got one when joined Toyota North Hollywood as a sales person and closer. But the pace at the store was so frantic – 700 cars were sold monthly — that he ran out of steam. Literally. He was talking to 20-30 buyers per day. He was exhausted, working 60-70 hours a week.

Moreover, the store was in total chaos. It was changing managers nearly every six months. So after six years there, including three as finance manager, Omar decided to leave and take a year off. His friends told him he was crazy, that he’d never be able to take that much time off, that he was addicted to work.

But he was determined to take a break.

Only four days into his sabbatical, “I felt like a bum,” he says with a laugh.

When he returned home from a trip to Boston for his best friend’s wedding, his voice mail was nearly full. There were multiple job offers, including one from Pasadena Ford. Several days passed, and being “bored out my mind,” he broke down and interviewed for Ford’s finance director. He was offered the job and started the next day.

Pasadena Ford was a world removed from Toyota North Hollywood – it was busy but much less frantic. Omar was there for four years when he received a call from a close friend working for Rusnak Jaguar.

“They still make those cars,” Omar joked when his friend phoned.

His friend suggested that he interview for the sales manager’s position. He did and not surprisingly he was offered the job.    “It turned out to be one of the best experiences, if not the best experience, of my career,” he says. “I had to fight to get deals approved at Toyota North Hollywood and Pasadena Ford, yet at Rusnak Pasadena Jaguar store, people had the credit and the money and just needed the right person to deal with. 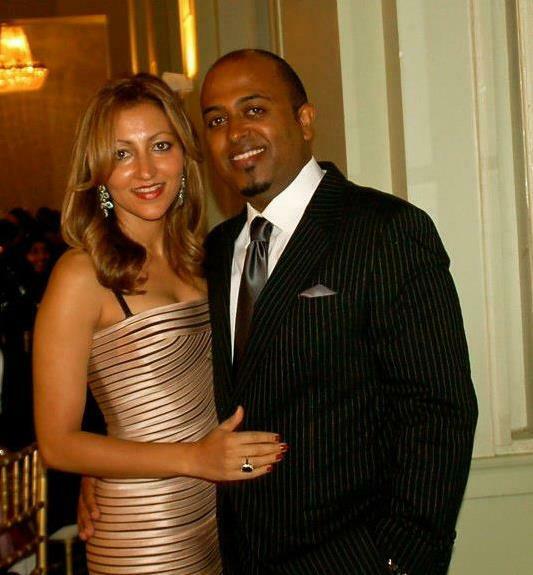 Every month, the store performed better and better. It went from never having ranked in the Top 30 nationally to a Top 3 performance for five consecutive years. In its 40 years in existence, the dealer had not come close to winning the prestigious Pride of Jaguar Award. Under Omar’s watch, the dealership captured two of the awards.

“It’s extremely satisfying to take an under performing store and get it to perform at its highest level,” Omar says. “That’s what I get pleasure in.”

He also loves teaching his sales team the art of selling, which, he says, “is really the art of communication.”

One of Omar’s closest friends is Sam Samaan, who says: “Khalid is amazing – every company he’s worked for he’s made better. He is a real people’s person – a wonderful guy who is very knowledgeable, well-spoken and ethical.

“In the automobile business, it’s sometimes hard to find people who you trust blindly. Khalid is one of them. He has tremendous ethics and principles that cannot be compromised. I have the greatest amount of respect for him.”

“It was a no-brainer,” Taylor says. “Khalid is a very special talent. He knows every part of the business from sales to closing to finance. He was the ideal person for the position in Anaheim Hills.”

TO VIEW THE MAGAZINE VERSION OF THIS ARTICLE, CLICK HERE