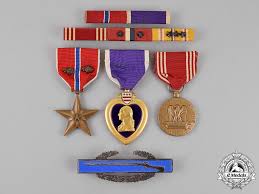 A long tenured member of the San Diego ship repair community, Senk brings a broad base of experience managing comprehensive repair availabilities for the U.S. Navy.

Upon retirement from the Navy, Senk joined Continental Maritime of San Diego (CMSD) as CV/CVN Program Manager before earning promotion to Director of Operations.

Upon retirement from CMSD in 2017, he joined Colonna’s Shipyard West in July of 2017 as a Senior Business Advisor.

“We are extremely pleased to have the opportunity to have a leader like Steve managing our Colonna’s Shipyard West division, which expands our 143-year history of service and quality to our West Coast customers,” says Tom Godfrey, President & CEO of Colonna’s Shipyard, Inc.

Based in San Diego, California, Colonna’s Shipyard West, LLC, delivers the same level of high quality, customer focused service that is the hallmark of Colonna’s Shipyard and its divisions and affiliates. Its West Coast team is a full service marine repair contractor bringing all of the topside resources of a major shipyard directly to your vessel for timely and efficient repairs. Its skilled and qualified workforce represents the full spectrum of marine trades, including but not limited to welders, ship fitters, electricians, pipe fitters, machinists, and painters.

A family owned shipyard, founded in 1875 and based in Norfolk, Virginia, Colonna’s is a diversified industrial company with unique capabilities in ship repair, marine and industrial machining and steel fabrication.