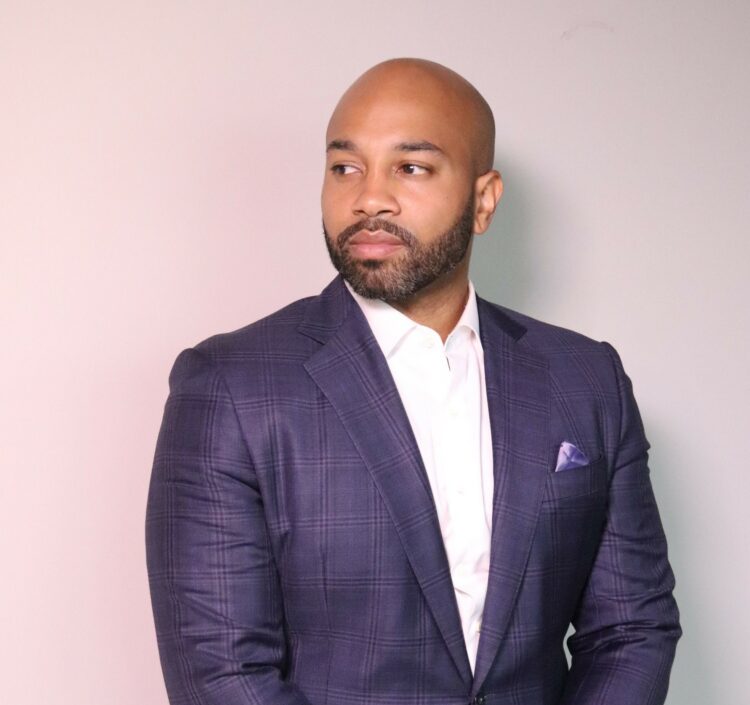 “We want diverse, smaller, and digital asset managers to punch above their weight class.”

He’s from a place where “not too many people who look like me make it out,” 37-year-old Devon Drew told California Business Journal. But he did. And now, after a 16-year career working for the country’s top asset management firms — including Merrill Lynch, J.P. Morgan Chase, and Vanguard — Drew is out to disrupt the old guard industry through his company, Diligence Fund Distributors.

His clients are smaller, historically under-resourced teams of diverse asset managers, who are often working in asset classes that wealth management giants are offering in a limited way, if at all. After collaborating with fellow tech gurus, Drew created and launched an innovative SaaS platform that leverages data, automation, and machine learning, allowing his clients to compete with the larger firms that not only control the majority of financial investments in this country, but tend to be lacking in diversity, and using methods that are both excessive and inefficient.

“If you look at the industry as a whole, roughly 90% of all the flow is going to only 10% of asset managers. So, the odd man out is a lot of the diverse asset managers; they’re being left with the crumbs. We want to allow smaller, diverse, and digital asset managers to punch above their weight class,” Drew says. “A lot of them have truly diverse and differentiated investment solutions to offer, and if you’re looking at Knight and Cerulli’s research, diverse teams and firms outperform their non-diverse peers.”

This lack of diversity in the wealth management industry not only has implications for non-White, non-male managers, but also investors. A 2017 and 2018 study led by Harvard Business School professor John Lerner found that “women and minorities were dramatically underrepresented in mutual funds, hedge funds, private equity (PE), and real estate.” Despite the fact that “diverse hedge funds have stronger performance in terms of absolute and risk-adjusted returns . . . diverse firms significantly outperform the hedge fund industry in both up and down markets” and “women-owned or -managed hedge funds consistently outperform industry benchmarks,” according to the final report. 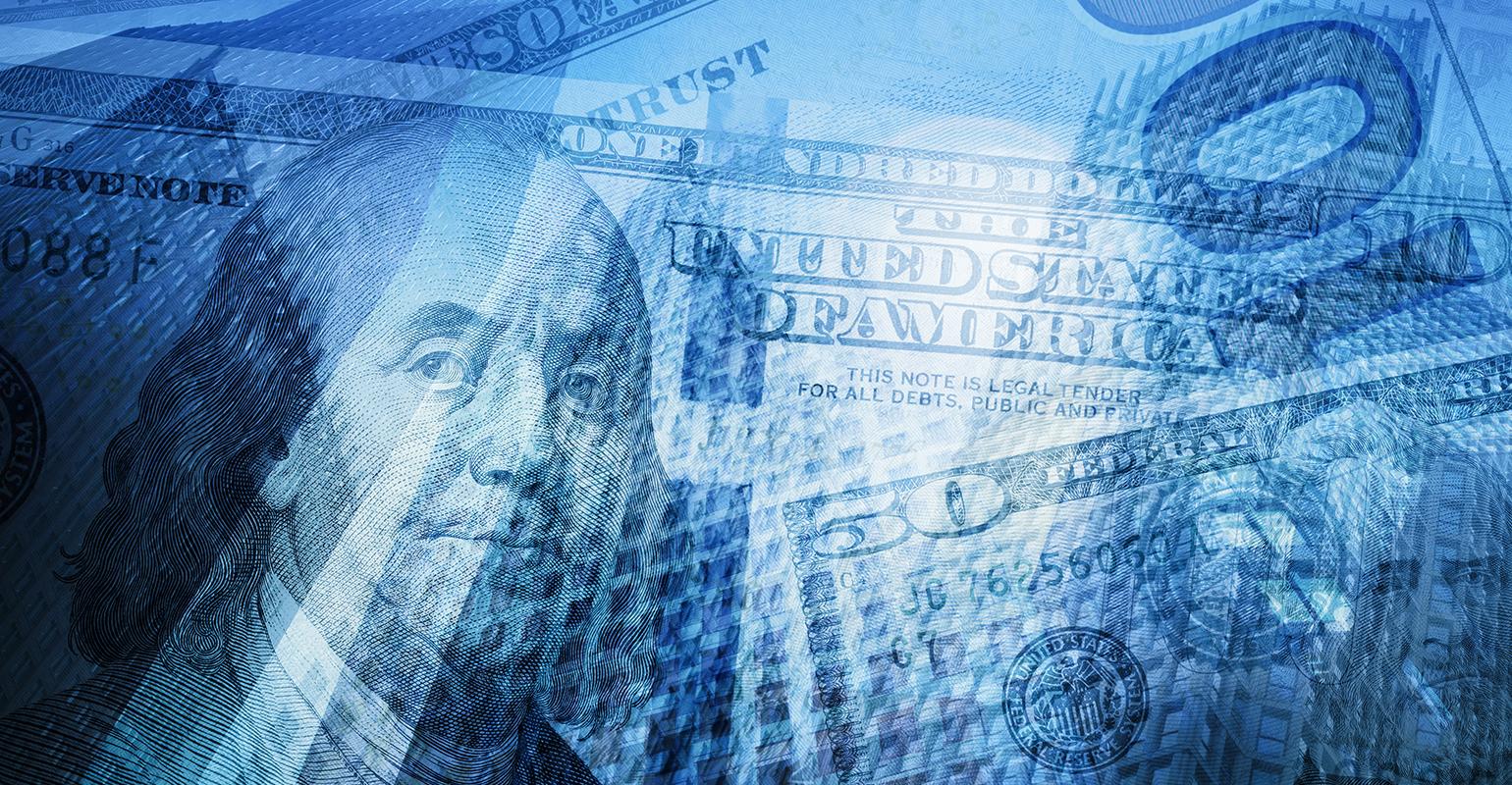 Diligence Fund Distributor’s platform has been in development for two years and was a culmination of several issues that Drew had noticed throughout his career; the central focus being the financial industry’s lack of diversity.

He decided it was time to level the playing field through technology and data, and although the platform launched in December 2021, the seeds were planted more than 25 years ago, as a young boy being raised by a single mother in Newark, New Jersey. When he was 10, Drew’s mother decided to pursue a master’s degree in pharmaceutics, all so that she could provide a better life for them. There was no money for a babysitter, and after a full day’s work, she and Devon would fire up the old Buick Regal, drive down to the PATH train in Jersey City, transfer to the subway at the World Trade Center, and then take the 2-3 train to downtown Brooklyn, so that she could attend evening classes at Long Island University. After three hours of class, the mother and son team did the 1.5 hour-journey all again in reverse.

“It would have been easy on one of those cold February days to pick me up from school and just go home,” Drew says. “I may not have appreciated it at the time, because all I wanted to do was play video games or watch TV, but looking back, it was the single biggest influence in my life.”

Watching his mother persevere, even after a full-day’s work, and in the face of an hours-long journey and no childcare, was an education for Drew. He attributes his ability to self-motivate to his mother, and says she’s his biggest source of inspiration. (Drew’s mother, by the way, went on to have a successful 43-year career in the pharmaceuticals industry. She was also his first investor.)

Passing through the epicenter of the financial world was tantalizing, and Drew became obsessed with films like “Wall St” and “Boiler Room” that depicted Wall Street. The characters were quick-thinking, hard-working, and entrepreneurial, and he could identify with them.

“I’ve always had that same kind of mentality and as I started getting older and looking into careers, I realized that with Wall Street, you get out of it what you put in and you actually have the ability to help people achieve their financial goals ― all the while making a very good living.”

Drew also had a couple of older friends who put on a suit and tie every day and went to work on Wall Street; to him it looked like they were living a great life. At Southern Connecticut State University, he played football all four years, but after graduation, set his sights on a career in finance. Despite the fact that he had felt doubted by both teachers and sports coaches, Drew dug out a page from his mother’s playbook, picked up a copy of the Yellow Pages, and started calling Wall Street firms looking for a job. Drew landed a position selling investment products and eventually began generating hundreds of millions of dollars in sales.

His past decade and a half of work experiences have given him a breadth of knowledge and insights that he’s now able to put into Diligence Fund Distributors’ platform. From positions as a financial advisor to VP of Wealth Management, Drew has managed the financial well-being of his clients, worked in both traditional and alternative investment products, led efforts in the financial advisor services business to raise assets in the company’s proprietary ETFs and mutual funds, and raised billions from private wealth advisors and institutional and intermediary investors.

He graduated from the Certified Investment Management Analyst program at the Wharton School of Business, is a chartered retirement planning counselor, and a chartered alternative investment analyst candidate for the class of 2022. His background also allowed him to identify the industry’s pitfalls, and was catalyst to him being the innovator and disruptor he is today.

“I felt like I was in a unique position coming from a very large $7 trillion asset manager background, and had unique insights about leveraging data and technologies like some of the larger firms are able to do. But a lot of my clients don’t necessarily have the tools and resources and the capital to deploy and invest in next gen fintech solutions. We’re able to utilize what we’ve learned from these larger trillion plus dollar asset managers, and have that all in one universal tech-based platform.”

Over the years, Drew not only noticed the industry’s inequities, but also its inefficiencies, and these are also the places where his platform can allow smaller firms to compete. For example, it typically takes seven to nine unique touch points ― different types of hearing something ― before a potential investor will decide to invest with an asset manager. The larger firms achieve this by utilizing thousands of sales and service people, and by constantly flying teams of people around the country to meet with potential clients. They also decide who to reach out to by purchasing millions of dollars’ worth of data.

“If you’re with a smaller firm, it’s not just that it’s not in your budget, it’s also about time. You might be one person going against 1,000 people, and it’s very difficult to overcome. If you’re one person trying to fight that battle — good luck,” Drew says. “But also, if you look at the business model of a lot of asset managers, it can be viewed as extremely inefficient. My platform leverages data, but also leverages machine learning so that they can make decisions about who and how they’re going to touch.”

There’s also the issue of differentiated investment solutions. Many of the larger wealth management companies have been late to the game in offering crypto fund investments to their clients. Drew’s platform has caught the attention of well-known diverse managers in the crypto space, who can use the data and AI to link up with potential investors. The platform, for instance, might help a digital asset manager with a market neutral crypto product find an institutional client interested in crypto currency exposure but without all the ups and downs of the market.

“I think crypto and the underlying technology has the opportunity to be one of the more transformative technologies that we have come across in our lifetimes and looking at the decentralization, the benefits of that are not just here in the United States, but around the world.”

We asked Drew how it felt to be launching his own product and leaving a comfortable, secure career.

“It’s like you’re on a cliff, and you see water beneath you, and you just have to jump because you’re ready. You’re leaving all the infrastructure that’s been in place for 60 years, and you’re going out on your own to eat and kill and fend for yourself. For a lot of people that could cause angst, but for me, it’s just excitement.”

Given shifting demographics, shifting wealth, advances in technology, and the power of new client communication methods, like social media, Drew feels like the entire industry is at a crossroads.

“They’re asking themselves, ‘How do we connect with that next generation of investors? How do we deal with shifting demographics, knowing the lack of diversity in the industry? And then how do we adapt to ever-changing technology?’ If you look over the next five years, artificial intelligence will have a bigger part of the asset management business, and in order to really compete and scale, I expect Diligence Fund Distributors to be a key contributor in how asset managers get their name and product in front of clients,” he concludes. “For someone that has a diverse background like myself, there’s going to be nothing more fulfilling to me than really disrupting this 100 trillion-dollar industry, and then having that open door for people.”

3 Assets That Tend To Perform Best In A Recession

How can you benefit from Ether?

How to Trade with a Dollar Cost Averaging (DCA) Bot

3 Assets That Tend To Perform Best In A Recession

How to Trade with a Dollar Cost Averaging (DCA) Bot

How can you benefit from Ether?