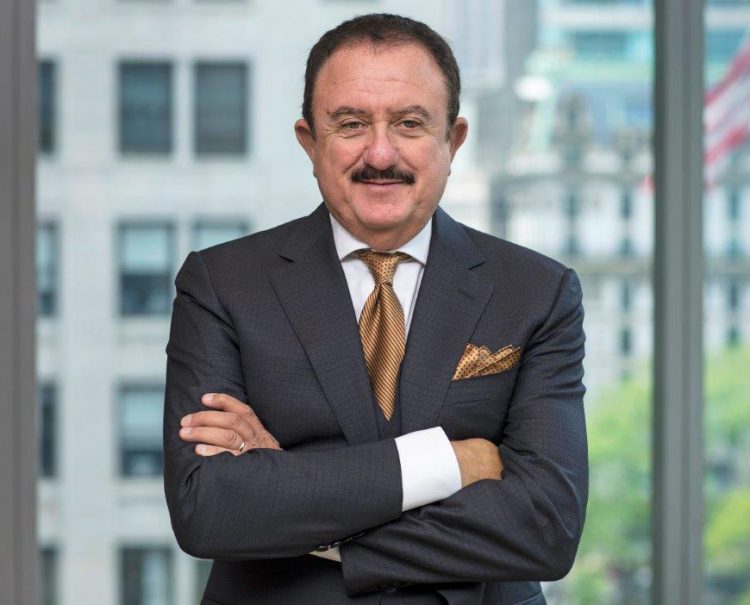 Sol Trujillo, Co-Founder of L’ATTITUDE and the only Latino to have served as CEO of three publicly-traded companies.

L’ATTITUDE 2021: The Spotlight Is On The New Mainstream Of America

When the curtain goes up for L’ATTITUDE’s four-day event this week at the Manchester Grand Hyatt in San Diego, world-renowned leaders will convene for one reason: to shine a spotlight on the fastest-growing and most potent segment of our economy.

Among the features of the event will be a big reveal of the highly anticipated 2021 U.S. Latino GDP Report, published by the Latino Donor Collaborative, which provides the latest economic data surrounding the U.S. Latino cohort.

The most intriguing economic questions the report will answer include:

• How big is the U.S. Latino GDP?
• Has its growth continued or slowed?
• Is it still the fastest growing economic segment among all developed countries?
• How significant is it to our country’s overall GDP and financial health?

“As we begin to emerge from the global pandemic, it’s never been more critical to unlock exponential growth,” says Sol Trujillo, Co-Founder of L’ATTITUDE and the only Latino to have served as CEO of three publicly-traded companies. “History and data indicate the U.S. economy cannot fully rebound without the Latino cohort continuing its economic leadership role.”

Among the features of this year’s proceedings will be a focus on the power of entertainment to impact the broader culture. This year’s L’ATTITUDE entertainment lineup includes intimate conversations with cast and crew from HBO Max’s The Garcia’s, Amazon Studios’ Welcome to The Blumhouse films Bingo Hell and Madres, and this year’s LATINXT list honorees.

“Every year, the world looks forward to LATINXT to provide them with a platform that brings more exposure to the entertainment industry,” Trujillo says. “Many of our past honorees — Camila Mendes, Isabela Merced, and Leslie Grace — go on to make a huge impact following appearances on the L’ATTITUDE stage.”

Initially launched in 2018 with actor and entrepreneur Zoe Saldaña – of one Hollywood’s greatest performers and star of Columbiana and The Words with Bradley Cooper — the 2021 LATINXT list includes TV and film talent “who are redefining what it means to be Latinx in the U.S.,” Trujillo adds.

This year’s honorees include Michael Cimino of Hulu’s Love, Victor, America’s Got Talent finalist Gina Brillon, Zoey Luna of Universal’s Dear Evan Hansen, and Al Madrigal, who will be starring, writing, and producing his new sitcom, Guerrillas, as part of his multi-year deal with CBS Studios.

The LATINXT sessions are just one part of the larger L’ATTITUDE event agenda, which will span four days of sessions covering business, finance, politics, sports, and entertainment, with panels focused on Latin music as well as upcoming streaming, film, and TV content.

The event also features the annual L’ATTITUDE gala, curated by partner Emilio Estefan, on Sept. 29. The gala includes a performance from singer-songwriter Lupita Infante, remarks from Mexican champion boxer Canelo Alvarez, and the presentation of this year’s L’ATTITUDE Leadership Award. This year’s honoree is yet to be announced. The award is presented to individuals who, in their life and work, “have achieved exemplary personal success and leveraged that fame to improve the lives of others,” Trujillo says.

This year’s event will also reveal:

• The 2021 State of Hispanic Wealth Report from NAHREP (National Association of Hispanic Real Estate Professionals) that provides the business and finance communities with invaluable insight into Hispanic participation in homeownership, small business development, and wealth building.
• A special report from ALPFA (Association of Latino Professionals for America) on America’s 50 Most Powerful Latinas.
• The LDC Perception of Latinos in America Report provides a national platform for calling attention to the latest facts and data about the Latino brand and false stereotypes, but also for stimulating action-oriented discussion about how to catalyze the full economic potential of the U.S. Latino community in the New Mainstream Economy.
• HITEC and LDC 2021 Latinos in Technology is a report that will shed light on U.S. Latinos in tech – from the classroom to the board room – and they are leading the way in the usage of new technology and are helping build new advanced technologies.

U.S. Latinos, the country’s largest, youngest and fastest-growing cohort, represent nearly 1 in 5 Americans, nearly 1 in 4 millennials, nearly 1 in 3 alphas, and account for over $2.3 trillion in GDP, making it the 8th largest economy in the world if it were a stand-alone country.

“L’ATTITUDE is about getting everyone, from the entertainment industry to corporate America, focused with a sense of urgency on our path to American economic prosperity,” Trujillo concludes.