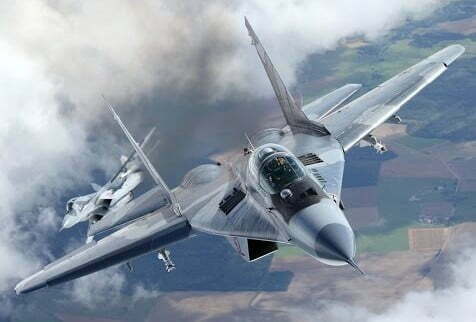 When Tom Kallman’s eight-year commitment was up in the U.S. Air Force, where he flew F15s, he was forced to decide whether to continue for another 20 years — or start a new endeavor.

He was caught in between. He was being courted by several airlines and his father insisted he join the family company — Kallman Worldwide Inc. – “for just a few months” to see whether he enjoyed it enough to “spend the rest of my life there,” he says.

Since its inception in 1963, Kallman Worldwide has had a lock on American business exhibits aerospace trade events of highly engineered critical components and customized technology solutions for the energy, transportation and industrial markets.

The company recruits companies for the U.S. Pavilion at 1,400 shows a year across the globe, from Singapore to the U.A.E. It constructs the building and provides every kind of support service, from helping clients deal with import restrictions and VAT taxes to building creative exhibits and arranging travel.

After attending the Paris Air Show, the world’s premier aerospace trade event with 4,000 exhibitors and 110,000 attendees, Kallman was hooked. “I fell in love with it,” he told California Business Journal. “I had the opportunity to watch the world’s fighters fly. It was the ideal place to be after the Air Force.”

So Kallman began recruiting U.S. companies and government representatives for the aerospace shows. Today, Kallman Worldwide Inc. has exclusivity at every major show.

“Kallman is to aerospace what FedEx is to shipping.”

“American technological innovation is highly regarded and everyone wants to see the cool new things and we also have a reputation for being transparent and safety conscious, but not corrupt,” Kallman says.

To pump up the draw at events, Kallman features former astronauts, marching bands and other intriguing attractions. “It’s a great place for a relatively small company that is not yet doing international business to take the first steps and they can start researching and making connections on our Showcase platform,” he says.

Of course, there was a speed bump last year with the pandemic, but live events are back, albeit with 40-60% of the number of booths and attendees in recent months. Skeptics think the cost and hassle of going to different countries to find customers and vendors is passe, with more business being done online.

“The ability to get much better informed in advance of events, build ongoing digital relationships, and do business over the net will only enhance the value of going to these shows to meet people and certainly will help grow trade,” Kallman says. “Everyone has realized that talking with someone on Zoom isn’t the same as spending time together in person, going out to dinner, meeting other key people in their company, perhaps even visiting their homes or being given a tour of their city.”

Kallman Worldwide announced in September 2021 that it was partnering with Online Expos LLC to create online trade forums called Showcases that operates not only in advance of and during a particular live event, but are ways to connect with others in the industry 365 days a year at any hour.

“Exhibitors can not only promote their products and services to a global audience, often for the first time, but do so on a persistent basis, allowing them to stay in touch with customers and vendors,” Kallman says. “They can communicate by live video, email, text, chat in real time, book online meetings, or connect via WhatsApp. There is nothing that is this sophisticated or secure in the pavilion organizer world.”

The USA Aerospace and Defense Showcase got its trade show debut at London’s DSEI. Tom himself gave live demonstrations of the platform to visitors and exhibitors alike. After the event visitor numbers and exhibitor interest spiked. The Showcase will be available to demo at the upcoming Dubai Airshow and MILIPOL in Paris next month.

Kallman Worldwide now serves other professions with its hybrid model of live and digital events, including agriculture, mining, maritime, land defense, and police equipment. The potential is enormous, Kallman says, because only two percent of American companies are doing any business in other countries, according to the U.S. Department of Commerce.

At the start of the pandemic in March 2020, a planned air show in Chile was cancelled. So Kallman called up friends and associates in the Chilean Air Force and Government and convinced them to do a Zoom call. Some 45 American leaders participated for 90 minutes and learned about the logistics of doing business with the Chilean Air Force and the digital trade mission was born.

One California company that had never done business outside the U.S. sold $300,000 of equipment to the Chilean equivalent of the FAA, Kallman says.

“One of the participants was from California’s Governor’s Office of Business and Economic Development and she proposed doing a similar call for a couple of dozen of the state’s small-to-medium companies,” he says. “We did hybrid live and online Taste of California’ shows for 70 exhibitors from the state’s agriculture community in Hong Kong, Australia, and the U.K.”

What inspires him is knowing that he is helping not only U.S. companies, but all those entrepreneurs and leaders around the world who need American products and services.

“We’re supporting American business because its innovation and risk-taking are timeless values that appeal everywhere,” he adds. “We’re making it possible for leaders of small-to-medium businesses around the world to provide for their families and educate their children. Besides, the U.S. will need to fill its coffers through increased trade if we’re going to be able to pay for the defeat of COVID and monitoring it, to be sure the economy will not take another hit like this.”