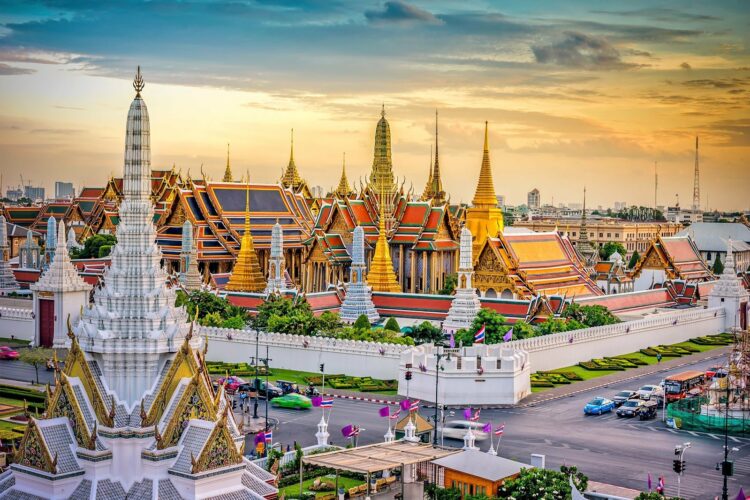 While countries such as Singapore, Malaysia, Cambodia, Laos, and Myanmar have been bringing in healthy amounts of tax revenue following the legalization of gambling and the construction of casino resorts to attract tourists, Thailand has been lagging behind its neighbors in this highly lucrative sector.

This is, for the most part, due to the country’s historically negative views on gambling, which started in the 1930s with the passing of the Gambling Act. This piece of legislation prohibits all forms of gambling with the exception of the state-run lottery and horse racing at state-licensed racecourses.

Thailand, however, is not just not benefiting from the income that legalized gambling could generate. Many Thai citizens still choose to gamble, but they now either do so in the dangerous settings offered by the thriving underground casino industry that has grown over the years, or they travel to their neighboring nations, which are more than willing to accommodate their requirements and accept their money.

In light of this, the Thai government is considering legalizing casinos as a means of attracting foreign investment and increasing tourism, both of which would aid in revitalizing the country’s economy in the wake of the recent epidemic.

Thailand’s 1935 Gambling Act prohibits most types of gambling but does empower the government to issue decrees or licenses for certain gaming activities and places. A group of politicians recently gave a presentation to Parliament, where they proposed legalizing and regulating casinos in “entertainment complexes” in key areas around the country.

As Thailand attempts to revive its tourism industry, the timing of this proposal couldn’t be better. The idea, if carried out, could bring Thailand billions of dollars in revenue from tourists, gamblers, and other visitors who may otherwise go to their neighboring countries.

Asia is already inundated with integrated resorts, which are essentially all-in-one hotels with lodging, meeting spaces, restaurants, entertainment hubs, upscale shops, theme parks, and casinos. Even though Macau and Singapore are the most well-known, other large cities in the region also have integrated resorts; these include countries like Cambodia, Vietnam, the Philippines, South Korea, and even Malaysia.

The greatest model for Thailand to follow may be that of Singapore, which only has two integrated resorts: Marina Bay Sands (which is more business-oriented) and Resorts World Sentosa (which is more tourist- and leisure-oriented). It might stand out from the competition by focusing on fewer, higher-quality, and more focused target markets.

The Country is Losing Money Online.

Despite the Thai government’s well-publicized efforts to ban internet gambling, it is well-known that this is a popular pastime in the nation. This has opened up opportunities for offshore companies to provide services to Thai citizens. Companies are not infringing any laws because they are conducting their business within their own jurisdiction.

Virtual private networks (VPNs) enable Thai citizens to access these websites with the same level of anonymity as users in other nations. While not widely recognized, evidence of online gambling’s positive effect on the economy might alter public opinion in its favor.

The People Are Divided

The rich religious legacy of Thailand is an essential component of its culture. Buddhism does not forbid gambling outright, but it strongly disapproves of the theft and deceit that are frequently connected to casinos and other forms of gaming. Gambling is not strictly forbidden, but it is also not encouraged in any way.

Several nonprofit organizations have spoken out against the gaming industry due to the potential detrimental effects that casinos may have on the local community.

Numerous Asian nations, including Singapore, the Philippines, Cambodia, and Malaysia, have allowed casino gambling; the facts suggest that Thailand may soon follow suit. Until then, Thai citizens will have to travel to a country where gambling is permitted, such as Thailand’s neighbor Cambodia, costing the nation significant potential income.