When the subject turns to the world’s most remarkable and inspiring people, Ana Weber surges into the conversation. Here is why.

After scoring higher on a problem-solving test than anyone in Porsche’s history, Ana Weber edged out two male finalists to win a job as financial controller for the legendary German auto company.

Later, she was instrumental in helping an architectural firm win a contract from the Smithsonian – an account that opened the doors to multimillion-dollar projects in places like Hong Kong and Tokyo. Then, she took one company from annual revenue of $250,000 to $62 million in just five years and another from $100,000 to $12 million in three years.

But Weber’s real passion in life derives from her side gig as a self-improvement and business success coach.

“I’m passionate about leading people into the light, teaching them things I’ve learned over 40-some years,” she says.

She teaches people to be happier, to be grateful for the life they have – and how to make it meaningful.

Weber is also a speaker and the author of 19 books, including her most recent work, The DOXA Method: Transport Your Fears Into Success.

“The DOXA method will get you closer to being content with yourself – even when things are not going according to the way you planned them out,” she says.

The DOXA Method also teaches people to live in the three time zones – past, present and post-time (future).

“We have to let go of things that happened yesterday,” Weber says. “We take action in the now – we’re passionate, we’re excited, full of hope and enthusiasm; we look forward to the tomorrow that becomes the now that becomes the past.”

Weber’s own life has not been an easy journey. She was born in Romania, where her parents divorced when she was five years old. When she was 10, she and her mom immigrated to Israel, planning to stay with her aunt. But when they arrived, her mom’s sister was no longer living at the address they had in hand.

Strangers with big hearts helped: a man they met at a soda fountain moved in with a friend so they could use his apartment. A few days later, they located her mom’s nephew, Weber’s mother found a job and an apartment, and Weber moved into a community for orphans and poor children. Luck graced them again when a man Weber’s mother met on a park bench introduced her to the gentleman who became her second husband, whom Weber refers to an “absolutely awesome human being.”

In an instant, Weber says, her life changed dramatically. “From really nothing, we became very comfortable financially and lived in a beautiful area,” which she compares to Bel-Air in Los Angeles.

She earned a degree in international business from the University of Tel Aviv and married young. But after living through the 1967 and 1973 wars in Israel, Weber – now a young mother – decided that, once again, change was in order. She persuaded her husband and her mother to move to New York, certain the U.S. would be a better environment for her son. Once again, the move to a new country was challenging for the entire family – even more so when they lost the money they had placed in an investment fund.

Once again, Weber had to start over.

Bidding New York goodbye, the family settled in California. Weber soon found a job as a controller, but disaster struck again in 1994 when the Northridge earthquake destroyed their home.

Still, Weber recalls 2006 as her most challenging year. Her husband had an affair with one of her girlfriends, and they promptly divorced. But he also had used the equity in their house as gambling stakes. So Weber had to move from her $1.7 million Corona del Mar home to a rental in Irvine.

And she discovered that she was – perhaps surprisingly – quite content.

“For the first time, I lived on my own,” she says.

That’s when she began writing. She also became a certified coach through IPEC, working with people in the arena of divorce and rejection. All of this while maintaining her full-time position as a CFO – which she continues to this day. From 2005 to 2008, she also earned an MBA from Ashford University in San Diego, a master of arts in psychology, and a doctorate of philosophy, the latter two degrees from Oxford Brookes University in London.

“I felt really great about myself and life in general. Even though, materialistically, I started over again. I wasn’t angry or upset. I love to work. I love to be productive. I love to be busy.”

Being content is really a matter of attitude, she says. “People tell me, ‘I need to find myself.’ But I find myself every day. It’s a new day, it’s a new challenge. Yes, I have days that I wake up and think ‘Oh, my God.’ I start to think about all the things I have to do. And then I tell myself, ‘Wait a second. Start the day again.’ “

Weber says the most valuable takeaway from the DOXA Method is not to have regrets. “Your life is your map. You’re in the driver’s seat.” Of course you’ll make mistakes. But those mistakes are what make you the person you are.

She feels grateful for her ability to handle the circumstances. “The challenge brought out the best out in me,” she says. She calls it, “Dealing with life with a different color.”

Weber acknowledges that sometimes she feels like she’d like to run away from home, like a teenager. She doesn’t, of course: “I have to work because we have to put food on the table and a roof over our head. I can’t throw in the towel,” Weber says. “So I get up at 5:30 in the morning, I do financial consulting until 3 o’clock. Then I come home. I work in Orange County and we have an office in LA close to LAX, so I’m gone 11 hours a day.”

Weber’s mother died just a few months ago. She may eventually write another book focused on her mother – “my best friend and my mentor and my coach.” At the moment, however, she is focused on doing more speaking, more lectures and more workshops. She also wants to get the books she’s written into the hands of more people around the world. “I don’t know where it’s going to lead at this moment, but I’m open to what the universe is orchestrating,” she says. “I don’t give in, I don’t give up – I just give more.” 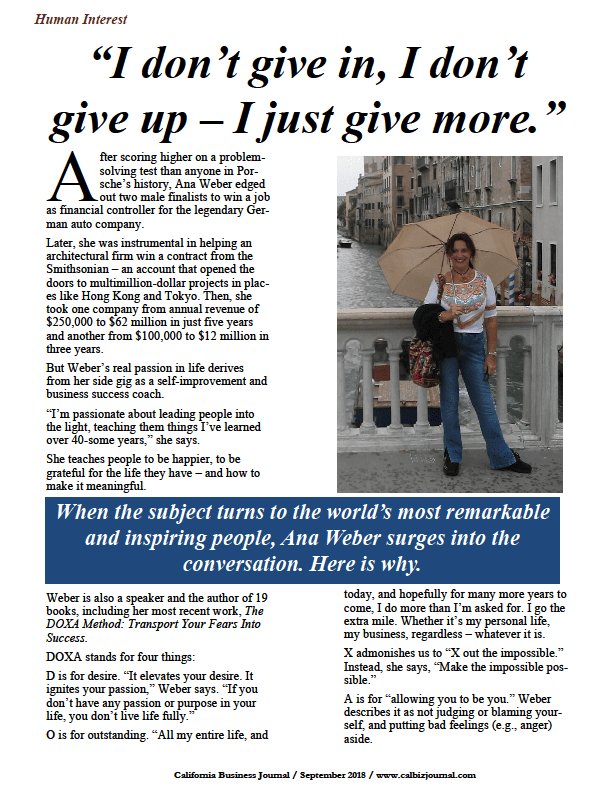 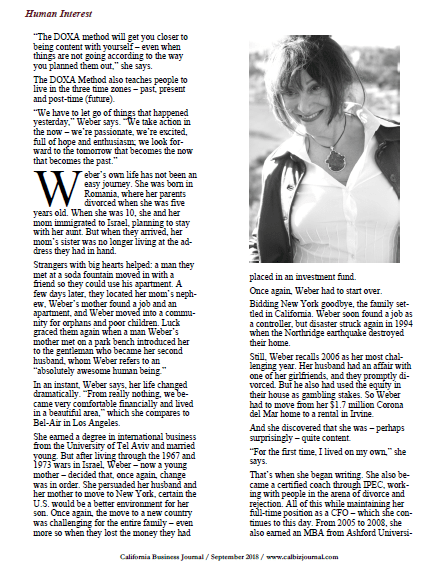 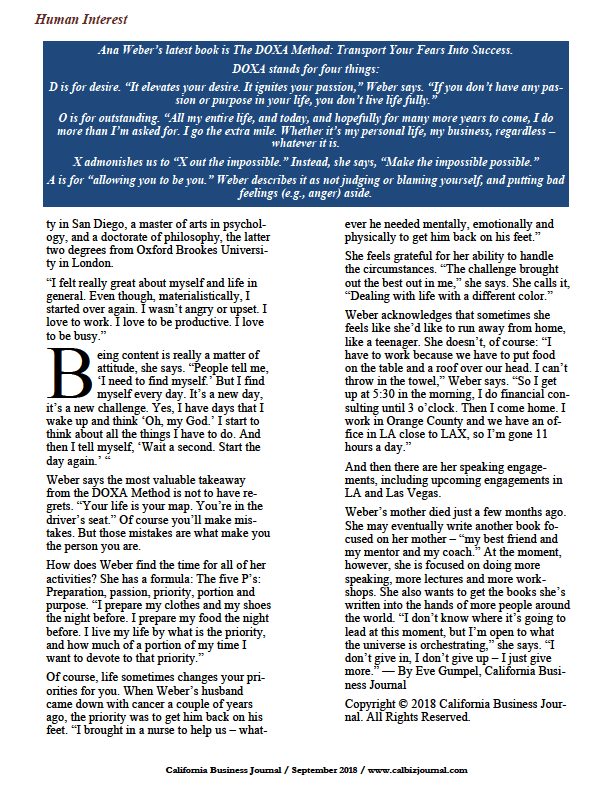 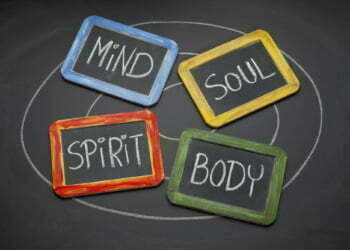 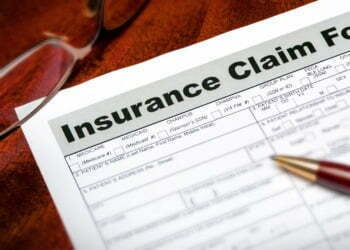 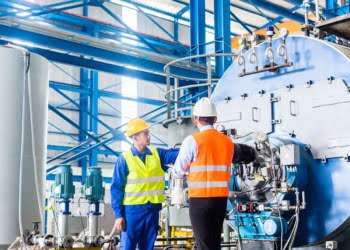 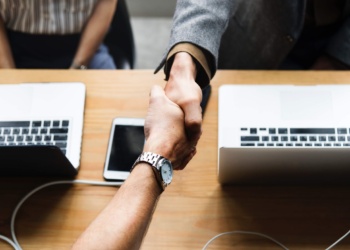 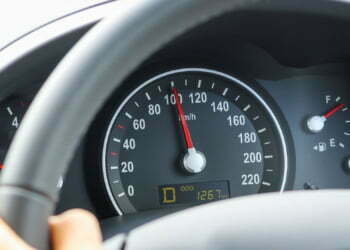 'NOT JUST A TAGLINE'