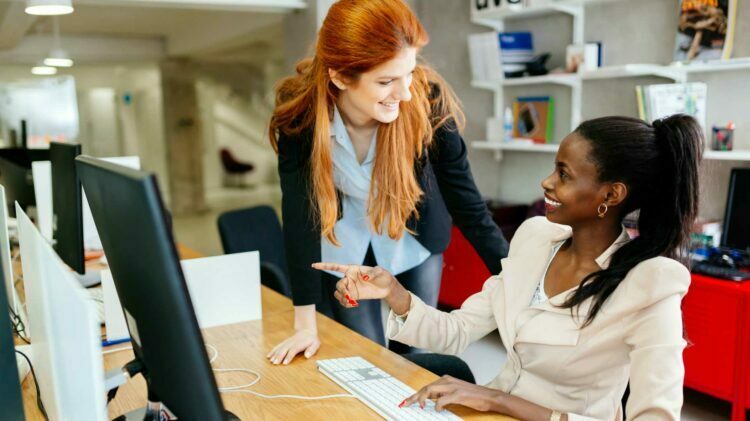 How to Become an Approachable Executive

If you took a survey of top executives in the United States, most would probably tell you that they would consider themselves approachable. They may brag about their “open door policies” and their friendly demeanor with their employees and others in the C-Suite. However, it’s natural that executives are less approachable than they think. Their title, stature, position on the leadership team, and knowledge all lend themselves to a wedge between executives and the average team member.

A recent study showed that the approachability of executives positively affected retention, productivity, and, ultimately, the profitability of the business as a whole. There are actionable ways that executives can work on their approachability and bridge that gap between themselves and their employees.

In the past, executives took a hands-off approach with their employees. Old school leadership embraced being unapproachable, a sort of “us and them” hierarchy that served to keep employees, in the estimation of leadership, in their place. There were separate executive floors in office buildings and a stone-cold attitude towards interaction. However, with the ushering in of Generation Z and the Millenials to the workplace, there has been an increased expectation of accessibility and approachability with leadership.

An approachable leader understands that there exist gaps between employees and the C-Suite and seeks to bridge those with intentional steps. There are benefits to minimizing this gap, and not just to the bottom line. Working diligently to become more approachable helps executives reduce the “Iceberg of Ignorance” ‘s negative impacts.

This concept has been referenced for over 30 years, showing the importance of increased communication and traceability in large organizations. If one thinks of the structure of an iceberg, with the very top visible but the bulk of the structure hidden in the icy depths of the water, the idea becomes apparent. Unapproachable and “hands off” executives often only see the tip of the iceberg as problems linger below the surface.

Approachable executives have the advantage of being aware of problems early on. They can respond more quickly and avoid obstacles that may “sink” other, less involved executives.

The flip-side of the Iceberg of Ignorance is all of the positive that is happening within an organization, positive aspects that a less engaged, approachable leader will also be unaware of. They will miss out on all that is good about their team members, missing an opportunity to become even more engaged with their employees and celebrate the organization’s success with them.

Executives, especially those still mired in old-school ideals, may believe that becoming more approachable is bordering on inappropriate. However, an executive can be approachable and remain businesslike with their team. Approachability does not imply sharing confidential information, gossiping, responding to every complaint immediately, or having inappropriate relationships.

Executives can maintain a professional atmosphere and still bridge that approachability gap. They can take steps to improve approachability and gather all of the positive effects that can be expected from a better, more open relationship with their employees.

Sit With Your Team

There’s value in sitting with your team if you’re in office or hybrid. For an executive not used to being one-on-one with their employees, this may be uncomfortable at first. But, taking the time to sit with one’s team and get to know them on a personal level, hear them out, and find solutions to issues as a team can improve the relationship between executive and team.

It is important for a team to see and recognize that an executive doesn’t always get it right. Executives need to lead with vulnerability, admit mistakes, and make corrections. Being vulnerable with your team when it matters most will increase the chances you can bridge that accessibility gap.

Get Your Hands Dirty

Executives are often portrayed as elite “idea people” who don’t do the hard work required by their employees. By taking on work that most leaders would pass down to their team, you’re showing that nothing is “beneath” you, and you’re a team player. Is the absolute best use of an executive’s time answering questions on the website chat line? Probably not. But when it’s helping out a team that is very busy, it shows your team that you’re willing to jump into the fray as much as anyone else. The positive results of this move are worth the extra effort.

Team members may be hesitant to give the C-Suite unsolicited feedback. Still, when the C-suite is asking for feedback, that shows they are open to suggestions and willing to change what may not work for the organization.

Approachability can be one of the most essential attributes of an executive’s personality. The positive benefits are clear, and with the younger generations demanding more accessibility from their leaders, the executive that can pivot towards being more approachable will reap the benefits in retention, productivity, and profitability.

About the Author: Logan Mallory is the Vice President of Marketing at the leading employee engagement and recognition software, Motivosity. Mallory is a public speaker, professor, and thought leader on culture and leadership in the workplace to achieve employee retention. Motivosity helps companies promote gratitude and connection in today’s digital era of work.