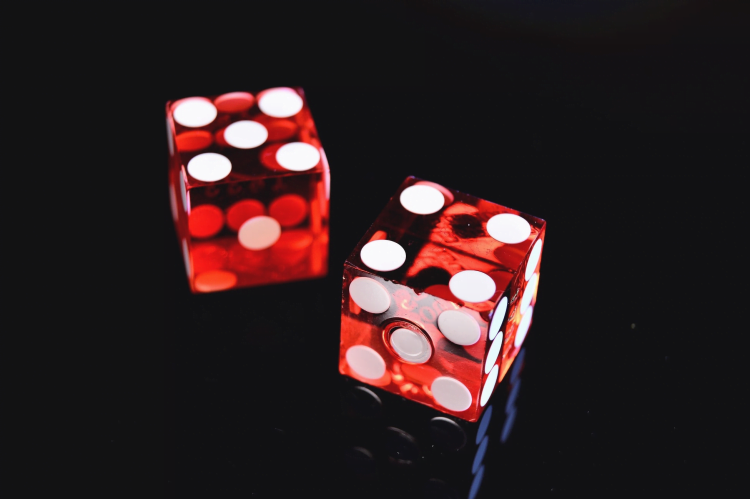 Although gambling is commonly believed to depend purely on the luck (or the lack thereof) of the players, such is not completely true. While the majority of casino games and betting platforms exist mostly to test one’s luck and are a game of chance, there are more accurate and scientific ways to approach the process and win more often than not. You know what they say, there are methods to every madness, and such can definitely be applied to any casino game. From blackjack to poker, there is always a possibility to develop a strategy based on a specific mathematical formula. While for an average person this might not mean much, science can undoubtedly take luck out of gambling.

First of all, you must understand that the house edge is a real thing and accept it. Regardless of which way you want to go around it, the fact that a casino has an advantage over the players has been mathematically proven in every possible simulation. Roughly speaking, the house edge is a percentage of each bet that a casino will ultimately make, regardless of whether it is a website online or a land-based establishment. This point is important for every gambler to understand because it means that in the long run, you will probably lose. Even the highest payout online casino, which is generally hard to find on your own without reading the best reviews, will have a house edge. At the same time, the house edge allows you to understand the risks associated with a specific game or a bet and whether it is all worth it in the long run if you want to receive an impressive payout.

Difference Between Skills and Luck

If you are an experienced casino player, you probably understand the difference between the two ideas; however, for newbies, it may be hard to know the difference between luck and skill. Of course, there is luck involved in card games, which are generally considered to depend purely on the player’s skills. At the same time, there are games of chance, which can not be exactly predicted by any formula. However, everything boils down to whether or not a certain risk is worth taking, and this is where mathematics comes in. By weighing on all of the possible advantages and disadvantages of a certain action, we can make an informed decision. While gambling seems to be the concentration of such decisions, we make them all the time in our daily lives.

No matter how recent the calculations of casino games outcomes might seem, such is not actually true. People have been interested in various types of gambling all over the world for many centuries. Of course, such resulted in people trying to calculate the winnings and ultimately maximize their profits. One of the oldest examples of a gambling strategy dates back to the Roman Empire, where Emperor Claudius created a book about how to win at the game of dice. Although such an approach is not necessarily accurate, it still gives us valuable insight as to how we can possibly make the most without losing everything.

What Did Science Learn from Gambling

Although this may be hard to believe, the connection between gambling and science is closer than you might possibly think. Of course, it is possible to count cards at blackjack and make a specific sequence of bets in baccarat so that you don’t lose any money; however, this is not all. The theory of probability, which pretty much shaped modern-day math and physics, was discovered based on the analysis of the game of dice. More than that, dice and roulette also inspired the concepts of statistical theory and hypotheses testing.

While these concepts may be too far removed from our daily lives, there is a Monte Carlo method, which was inspired by the game of solitaire. Generally speaking, the Monte Carlo method is based on calculating a variety of random outcomes and noticing possible trends. The method is now commonly used in public health and is one of the most accurate ways used to predict the outcomes of epidemics.

Despite the fact that many people are only interested in gambling because they want to test their luck, there is a more accurate approach to the process. Every part of every casino game can be calculated, which means that with the right mindset, you can drastically increase your odds of winning and make the most out of your time at a casino. From card counting in blackjack to knowing when to stop betting in a roulette game and to understanding game theory, there are many different strategies, which can be explained scientifically. Regardless of whether you decide to use them or not, we recommend that you keep a cold mind, manage your money, and know when to stop.

Tags: GamblingHow Science and Math Are Taking the Luck Out of GamblingIs gambling about luck