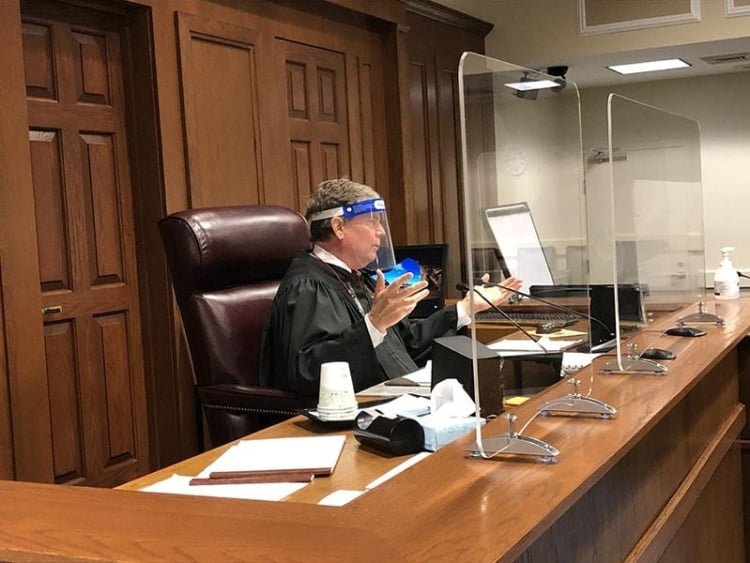 How Orange County, California’s Court System Became The Blueprint For Other U.S. Courts At The Onset of Covid 19

“Our foresight gave us increased capacity and the ability to adapt quickly to the crisis," says OC Public Information Officer Kostas Kalaitzidis

On the morning of March 18, 2020 – when the U.S. Government seriously realized the avalanche that was falling upon American and world by Covid 19 and proceeded to order a total shutdown of the U.S. Courts – Orange County High-Level Court officials met with the District Attorney Todd Spitzer, Public Defender Sharon Petrosino and representatives of the county’s justice partners to discuss ways to provide access to justice, beginning with the constitutionally mandated hearings.

“From the get-go, the day we were ordered to shut down by the Governor of California on March 17, 2020, we gathered and began to plan and work to reopen our doors to the public we serve,” says Orange County Public Information Officer Kostas Kalaitzidis. “From the very first moment, we realized that COVID-19 was going to force everyone to do business differently.”

The high-level “professional culture” at the Orange County courts – and its “21st Century technological systems” — prepared all the OC Courts to “respond with agility,” Kalaitzidis says.

For the previous five years, the Orange County Courts had been working on the digital transformation of the Court – Civil and Family Law e-filling, remote appearances in numerous case types, and an increased ability for court users to take care of their business online for tasks such as a traffic ticket and setting up a payment plan.

It’s like the OC Courts could see the dark clouds that were coming toward America and the world with the Covid 19 Virus.

Or another potential world catastrophe.

“Our foresight proved extremely helpful as it gave us increased capacity and ability to adapt quickly to the crisis, which forced us to move nearly all our business to an online or remote format,” Kalaitzidis says. “We had technology platforms in place that allowed us to respond quickly. We had data analytics systems in place giving us the ability to determine which changes were needed by the public and which proposed changes needed more work. Because of heavy reliance on data analytics, we were able to make decisions in real-time, even as the data was being gathered.” 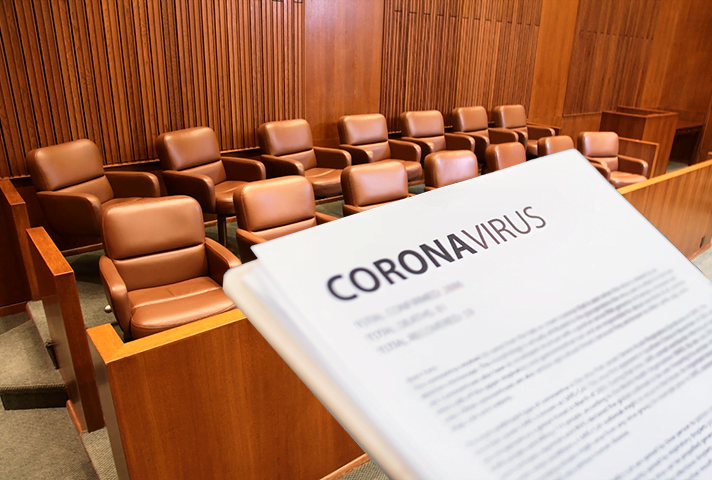 As it turned out, courts around the U.S. began calling Spitzer and Petrosino to get an insightful view into “the blueprint” of the OC Courts rapid response to combat the virus and yet continue to serve the public with critical legal matters.

The transformation of OCC’s jury trials, including small claims, traffic tickets and bench trail, were immediately converted into a 21st Century structure – the newly-adapted “Blueprint” of how the nation’s court system should move forward during the pandemic.

“We quickly put together local-per courtroom solutions to provide remote access to the public and to all those that needed access to justice. Criminal hearings were and are still streamed on YouTube, while many bench trials are held on Zoom or WebEx and other such remote platforms,” Kalaitzidis says.

Within weeks OC Courts had over 75 cameras in the courtrooms and we were livestreaming every Criminal proceeding on its website.

“We resumed in a very cautious yet deliberate way. We didn’t just open the doors and invite everyone in our courthouses. Initially, policies, procedures, and protocols were put in place for the Court to function in a safe way – from plexiglass in the courtrooms to Administrative Orders requiring all court employees, members of the public, and judicial officers to wear masks at all times.”

Over the last 12 months, the OC Courts have conducted over 250 jury trials, more than any courthouse around the country. Beyond the in-person jury trials, the Court conducted hundreds of hearings and bench trials as well.

“None of this would have been possible without the collaboration of the Bar Association, PD’s Office, DA’s Office, Sheriff’s Office,” Kalaitzidis says. “Their willingness to engage with us in our planning efforts and their communication within their offices and membership was key in making sure that plans rolled out as they were intended.

“This was true, not only on the Criminal side, but across all litigation types; we worked closely with our justice partners. They were all at the table helping us plan a way out of the closure.”

A New Way to Cure COVID-19: Fumigate the inside of human lungs, killing the deadly virus.