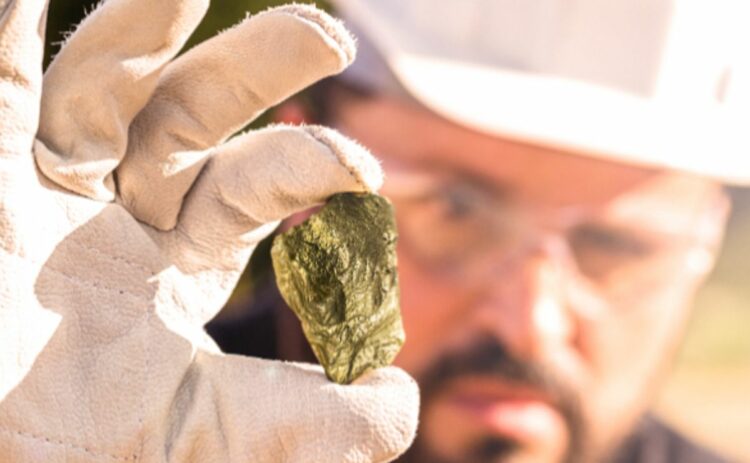 At the turn of the 20th century, “The Providence Group” reportedly took only 225,000 ounces from the Providence Group of Gold Mines located near the famous Gold Town of Sonora, California -- and certainly not from the deeper minable levels. Convinced there is a lot more gold there, Ron Coombes has begun his exploration.

Seven abandoned gold mines tucked into the Sierra Nevada foothills have been kept a secret for over one hundred years: they aren’t finished yet.

The historical gold mines, collectively called the Providence Group of mines, had stopped production in 1916, first because of a legal dispute, and then, ironically, a series of wildfires and a pandemic. At some point in the early 20th century, the lower levels had been flooded with water, and then left untouched.

Located in the “Mother Lode” region of California — a 150 mile-long zone that has historically been one of the top gold-producing districts in the U.S. — the mines were yielding results similar to other great producing mines in the area, yet had only been mined for a comparatively short period of time. Due to war time closures and fixed gold prices, gold mining in the U.S. slowed or ceased altogether in the 1940s, and in the years following, the Providence Group was never revisited.

That is until a Canadian named Ron Coombes came along. A long-time mineral exploration developer, he was looking for a new project that was neither in his home country (too many inconsistent regulations) nor in a developing country (too much political instability). He settled in the U.S. Coombes had looked at nearly 50 different projects when he heard about the Providence Group. The “old timers” as Coombes calls them, had reported recovering an estimated 225,000 ounces of gold at the turn of the 20th century, and certainly left huge potential both near surface and to depth. Could there be more gold? He was intrigued to say the least.

“When I first heard about it, I thought, ‘Man, it can’t be true.’ The project had last been in production in 1916. So, I thought it would be foolish if I didn’t go down and take a look at it, especially considering the mother lode belt has had several of the highest rated producers on planet Earth,” Coombes told California Business Journal.

Armed with over 20 years of mineral mining experience, a couple of engineers and a couple of geologists, Coombes visited the site to take some initial assay samples. From inside a three-story-high stope, a mined-out cavern, they cut out a channel sample of rock, and sent the samples back to one of the top mineral labs in the world, located in Vancouver, to get an idea of the quality (gold quality is rated by density, measured by grams of gold per ton of mineralization).

When the lab results arrived, Coombes was “flabbergasted.” The assay sample had been taken from the six hundred level from a zone that had already been mined. Yet the lab in Vancouver results over a 1.5 meter area showed the channel sample grade was 46 grams per ton, which not only meant it was high grade mineralization, but verified the higher grade nature of the deposit similar to many others within the mother lode belt.

“To get 46 grams per ton in a mined-out stope is just incredible,” he says.

They decided to move ahead with the project, and formed Providence Gold Mines Inc., of which Coombes is CEO, president, and director. But before they could drill, the team needed further findings; they embarked on a three-year mission to map, test, and gather more data. Part of that process included building target models of the Providence Group. They surveyed the underground area at the 600-foot level 3D LIDAR, a terrestrial laser scanning technology.

“I was awestruck when I saw the first images. It’s like they’re taking an MRI of the earth. We’re able to see every little fracture, everything, to a micro scale along the whole entire corridor.”

From there, with all the data compilation they could estimate the potential size and where to precisely set the drill to core drill. They also completed initial surface trenching and found new lode zones. Coombes believes there are many more undiscovered lode zones on the property that have yet to be discovered. They’re estimating the mines have potential to yield between one and four million ounces of high-grade mineralization.

“Looking back on my history and the moderate successes I’ve had, this particular project could be a serious home run,” he says.

Of course, they won’t know for sure how much gold there is until they start to drill, but this is what their data compilation has to offer.

“We live in a risk and reward world, but if you take a look at the verification and all the data, so far there is a good indication that supports a large, high grade mineralized zone. We’ve de-risked it as much as we possibly can, but the drill, it’s the truth machine. It doesn’t lie,” Coombes says.

“But the models are pretty precise, by the way. I mean, this isn’t done with a witching stick,” he laughs. “The scientific technology we’re using here is really state of the art, and I’m working with some pretty smart people.”

Coombes’ team includes Dr. Lee Groat, a geologist who is also the director of the Integrated Sciences program at the University of British Columbia, and Dr. Allen Alper, who’s worked in the mining industry for over 40 years and is a fellow with the Geological Society of America

Compared to other gold mine projects, Providence is relatively “green.” Metrological sampling to data shows only traces if any deleterious metals, meaning, just simple crushing and gravity to separate the gold from other materials.

“In all our sample testing to date for this project, the mineralization is very simple. No significant signs of any deleterious materials. In the mining industry this is an extremely attractive almost green project. There’s nothing harmful to the environment and the process for recovery is very simple. It’s just grinding and gravity separation. Simple, “Our initial metallurgical studies are very favorable. “That’s what makes this project pretty unique.”

After the next round of financing, Providence Mines will commence drilling. The company stock is trading on the OTCQB with plans to become a full issuer in the US.

“We have a tight share structure. The company is tightly controlled by a group of sophisticated investors. They’re not sellers, they’re good investors, which is important,” he adds.

Some analysts are predicting historically high gold prices in the next five years, maybe even this year. In August 2020, the price of gold hit a record-breaking $2,000 an ounce. Most would agree that gold is always an attractive investment during times of political and economic uncertainty.

“Between Covid, the printing of money, and the global inflation situation right now — there are only two things that generally do very well during this kind of historical event, and that’s oil and gold,” he concludes. “This could be the start of one of the biggest gold runs in our lifetimes.”

Interested parties can obtain additional information by emailing a request to invest@providencegold.com.

All You Need to Know about Gold IRA

How To Invest in Uranium Using Stocks and ETFs