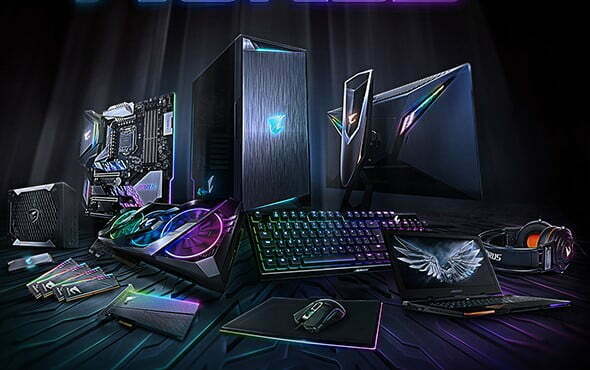 The gamble global tech giant GIGABYTE made two years — to change the course of its legacy business in the ever-innovative tech landscape — has revitalized the company in the highly-commoditized world of hardware.

The Taiwanese company, which has its U.S. operation in the City of Industry, started courting gamers to generate new opportunities, but necessity played a role as global sales at the manufacturer flattened to $2 billion annually.

The industry was shrinking because cell phones and laptop use far exceeded that of PCs. Despite the sector’s decline over the last decade, the growth of gaming, and particularly e-sports, has provided a lifeline as professional sports franchises, entertainment companies and other deep-pocketed investors helped move competitive video gaming from a niche, primarily centered in Asia, to the mainstream with sold out tournaments at U.S. arenas, and broadcasts on ESPN, Twitch and pay-per-view frequently attracting millions around the globe.

Market tracker Newzoo projected sales in the global gaming market to hit $152 billion last year, boasting a nearly 10% gain from 2018. It estimates gamers now eclipse 2.5 billion—or roughly a third of the planet’s population. In 2017, GIGABYTE hopped on the wagon, launching its new brand, AORUS, with high-end gaming products, such as mother boards, graphic cards and laptops.

“You can build a complete gaming PC using AORUS parts,” says Van Luong, GIGABYTE’s director of marketing for North America who oversees a team of marketers and social media experts in the Industry office, which employs about 200.

The gaming push moved GIGABYTE further from its roots planted in 1986 in the capital city of Taipei by engineers who designed products to fuel the early days of PC commercialization. Its first product, a motherboard—considered the backbone of the PC—became its top business through key partnerships with Silicon Valley giants Intel and Advanced Micro Dynamics.

“For me, it was easy translating my hobby into my career,” laughs Cho, GIGABYTE’s social media manager.

“We’re gamers, we understand it and we know how to talk to gamers,” Luong says.

Building a community in business is as important as building one in gaming. That convergence gained gravitas in December 2018 when Chad Newton contacted the team through AORUS’ Facebook page. He told them his son, Charley, was diagnosed with leukemia at age 6. During three years of bruising battles with chemotherapy, gaming was a haven for Charley, bringing him joy on days of pain.

“When he was undergoing those spinal taps, he would always look forward to gaming,” Cho says. As the chemotherapy sessions neared completion, Chad wanted to do something special for his son to celebrate the occasion. He asked GIGABYTE if they could provide a gaming PC, but by then, employees were planning more.

“We wanted to not only do something for Charley, but the family as a whole,” Cho says. “They were struggling mentally and financially.”

GIGABYTE in the summer dedicated a week of streaming for Charley, with members of the marketing team gathering donations through the gaming community and others. On the last day of the drive, GIGABYTE invited Charley and his family to the Industry office to stream games. The following day Cho and her colleagues visited the family at their San Bernardino home. “He is a superb Fortnite player,” Cho says of Charley’s skills. The initiative raised $5,000, which was donated to the Newton family, the first recipient of GIGABYTE’s “Project Hope”. The company hopes this first heartwarming instance can be a template for many future “Project Hope” recipients to come.

“We have a great community around AORUS,” Cho says, “and want to make sure that our users are taken care of.” 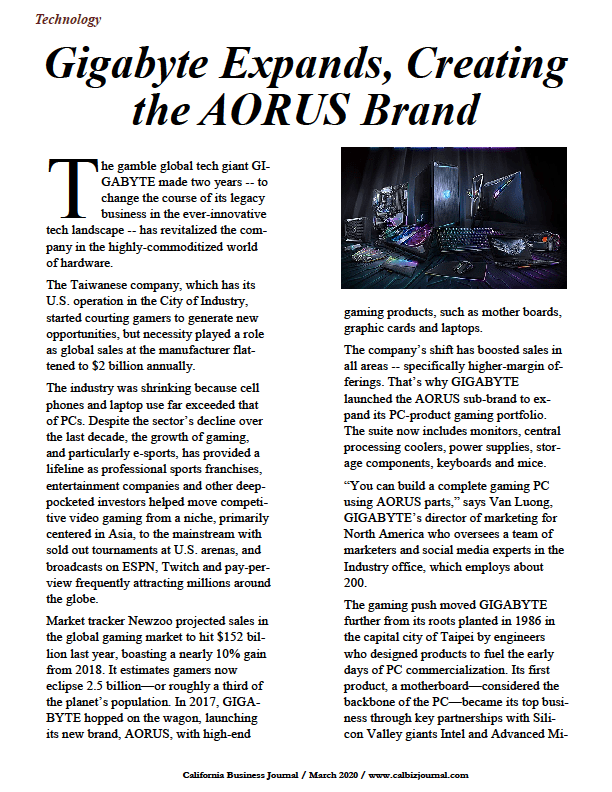 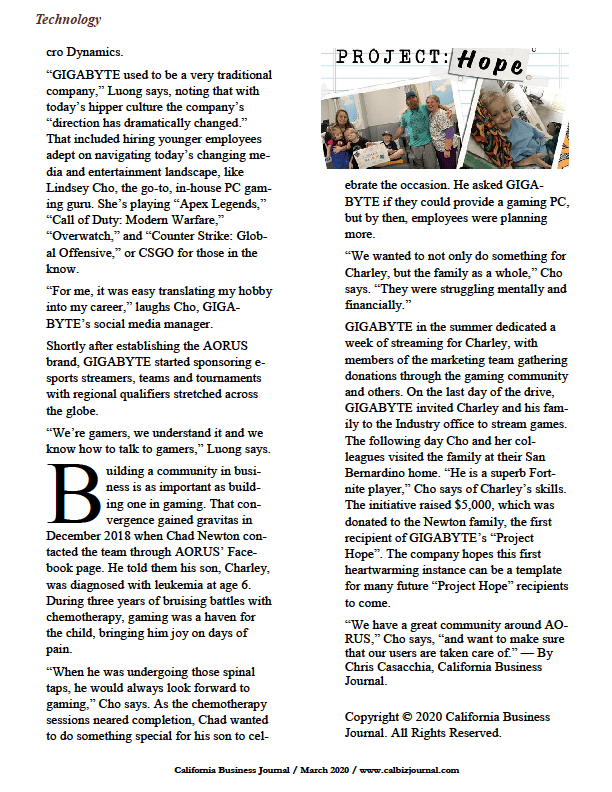