Eustress + Demeter storms onto the dining consultancy scene, emerging as a power player in less than two years. 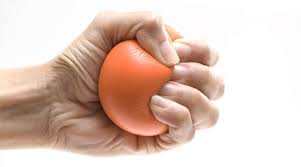 From vendor carts to food trucks to the most elite bistros in Milan, Madrid and Manhattan, dining is a massive, worldwide industry that is in a constant state of evolution. Restaurants that used to rely solely on foot traffic now have sophisticated catering and home-delivery options that expand reach and awareness, while creating game-changing new revenue streams.

From the outside, these expansions might seem easy, but they can be it fraught with pitfalls if not handled correctly. Whether a company is going from one restaurant to 10 or 150 – or opening up a new service element such as catering or delivery – there are a thousand different details that must be addressed or the results could prove disastrous.

Enter Eustress + Demeter, a Huntington Beach, California-based consultancy that has quickly made a name for itself as an assemblage of masterminds, artists, and counselors, who assist any brand to successfully achieve its short- and long-term goals. The results have been so compelling for this women-owned company that its roster of local, national and international clients that are growing by the day.

Co-founder and President Monica Challingsworth Lyons explains the meaning of the company’s unique name: “Eustress is a form of positive stress – it’s that feeling of euphoria you get when you nail a performance or presentation,” she says. “As leadership developers, we want to harness the power of positive stress. And Demeter is the Greek goddess of the harvest and feeding the masses.”

Though its primary niche is restaurants and catering expansion, the company is also bringing on clients such as a Japanese skincare company to assist with packaging design and its launch into North America. Eustress + Demeter has also several cannabis and CBD clients for packaging and design. 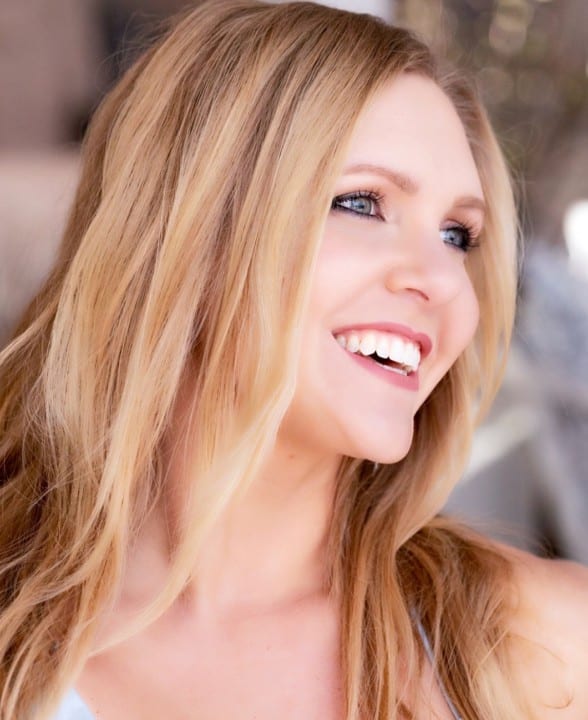 Co-founder and President Monica Challingsworth Lyons explains the meaning of the company’s unique name: “Eustress is a form of positive stress – it’s that feeling of euphoria you get when you nail a performance or presentation,” she says. “As leadership developers, we want to harness the power of positive stress. And Demeter is the Greek goddess of the harvest and feeding the masses.”

“This whole company just kind of happened,” says Challingsworth Lyons. “My background is in restaurants and my degree is in hospitality and there is a great need for this type of expertise. The industry is finding new challenges and new solutions but they need to know how to roll these out responsibly.”

When to Call the Pros

The most common time for consultants to be brought on is when a company has either just had a big injection of capital or when they’re struggling. Part of the E+D strategy allows the companies to see results fast – usually within the first couple months of a six-month program.

“It doesn’t take long to see a payoff with true, incremental revenue,” she says. “And it’s top to bottom.”

The company has developed a streamlined approach it calls the “Playbook.” By going slow with their first clients, the principals were able to clearly define and refine each step in order to establish a solid foundation.

“As we started building out and adding to the Playbook, it became universal and customizable to almost any situation,” says Challingsworth Lyons.  “It’s not uncommon for a company to devote two to three years and who knows how much money to figure out the areas we have streamlined so we can start their transformation on Day One.”

“When companies are in growth mode, it is a pivotal time and major mistakes can occur if they don’t have every element in place,” says Challingsworth Lyons. “For instance, if they’ve made costing errors, and they expand, they’re going to amplify that problem exponentially. Depending on the scale of expansion, it could result in the loss of millions of dollars.”

E+D does 100% of the strategy and can meet clients’ needs no matter where they are in their growth and this works for an independently owned yogurt shop to multinational franchises with hundreds of locations.

“Every situation is unique,” says Challingsworth Lyons. “Sometimes we jump in and the company already has a full marketing and branding department. That’s great because they do have resources but it might also be one with only three or four locations and they’re doing it all on their own. We help both from where they are.”

When a full-service restaurant decides to move into the catering space, it’s a tremendous opportunity to build business outside its current radius. But problems can arise because the quality-control safeguards that exist within its four walls are no longer in place. Things to consider include: packaging, food quality and stability, transportation and labor costs.

“We do stringent tests to determine if a menu item is cost-effective, maintains its quality when transported and can translate to an environment such as a closed office without overwhelming,” says Challingsworth Lyon. “We ensure everything is profitable and design packaging that keeps hot food hot and cold food cold and that everything is properly branded. If you cater lunch for 50 people, maybe five are familiar with your restaurant but there are another 45 you have a chance of touching. That is a huge marketing opportunity.” 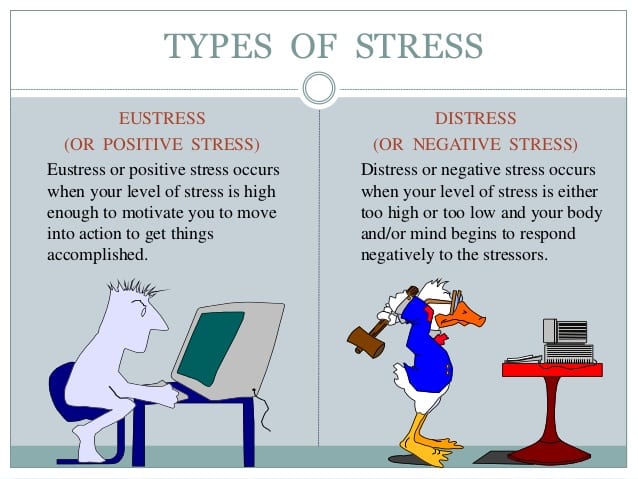 Challingsworth Lyons works with other consultancies as well, believing that there is enough opportunity for success all around. Some are localized to one region and others, like E+D, will go anywhere.

“We hold our clients’ hands throughout the process, whether we’re building ‘from the ground up,’ or we’re reworking an existing brand,” she says. “A current client just received a $20.95 million investment and we have about 120 days to build the program from scratch. Their goal is to do a new location every month, which is a lot. We have to get every element you could possibly need in place and have it standardized across the board.”

Because the E+D Playbook is so consistent and customizable, Challingsworth Lyons says she has no reservations about their current rate of growth, as the process is so deeply embedded in team members’ DNA that any of them can take the lead when necessary.

“We just signed seven new clients in the last month with varying needs. So far, we haven’t had to say no to anyone and we haven’t had to put anything on hold. We work so well together and are already adding to our team.” 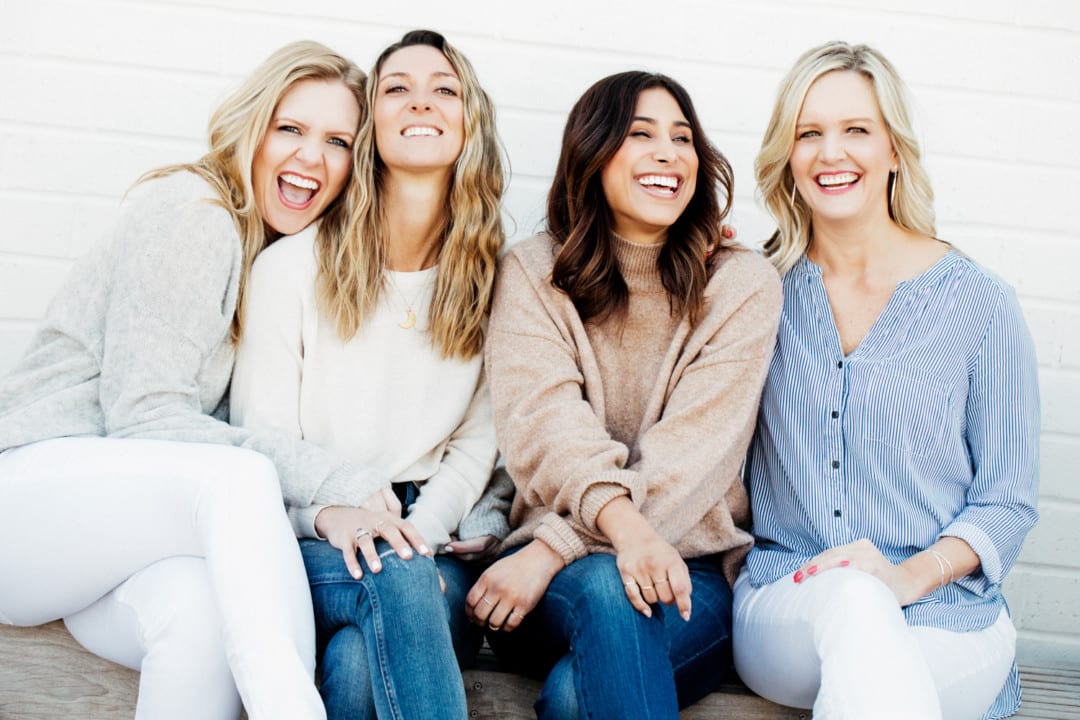 “When we talk about leadership, we are an extension of our clients’ vision,” Erich says. “But we can be clinical about pinpointing issues too. For instance, if they’re experiencing high turnover, it can be like therapy, where we dig deep and mediate between departments to find where the operational hiccups are occurring.”

E+D, under the direction of Erich, offers multiple training and development programs for leadership and executive coaching. For instance, if a company has not clearly identified its mission and values – or they’ve strayed too far from them – a 40- to 50-hour session may be necessary to reconnect with these bedrock needs.

When asked if their sometimes dramatic overhaul suggestions are ever met with pushback, particularly from the larger organizations with established brands and resources, Challingsworth Lyons says: “Honestly, we have had zero pushback, which is amazing. I think because they see results so quickly, they’re feeling like they can breathe again. From there, they turn their faith over to us. We’ve taken restaurants with $800k in annual sales to more than $5 million in a year and a half. With those potential results, the last thing they do is fight us. Fortunately, we’ve had nothing but amazing, happy clients.”

One of those clients is a single restaurant in San Jose called Vegetarian House. It has been open since 1994 and many team members had been with them since the beginning. The restaurant is 100-percent sustainable, using solar power and its own reclaimed water, but none of this was being communicated on the website.

“It took us until about the third meeting before they shared all this with us,” says Challingsworth Lyons. “We were blown away by the vision and commitment of these amazing people but none of this was being told to the public and it was their entire story! We knew immediately what to do.”

After a website overhaul, a launched catering program, updated menus and aesthetics that shared Vegetarian House’s core story throughout their branding and communication, E+D was able to help the company take its dream and bring it to full fruition.

“It was a powerful experience,” says Challingsworth Lyons. “We were all in tears as we launched their new elements.” 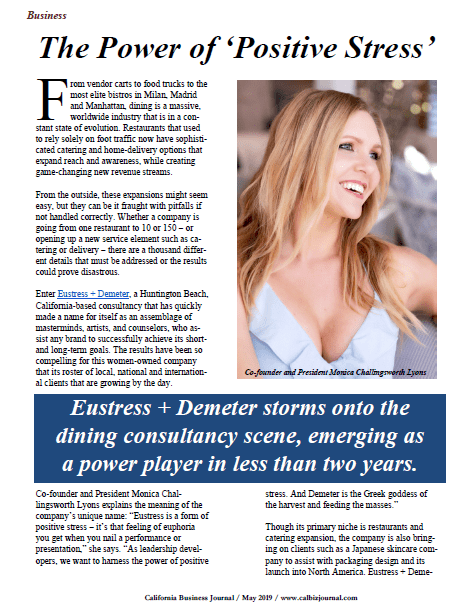 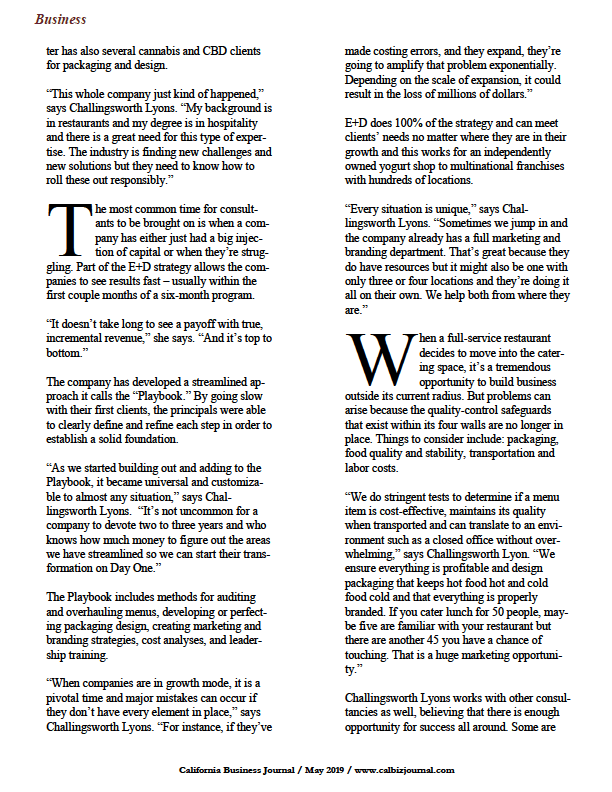 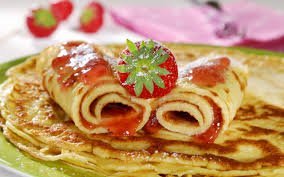