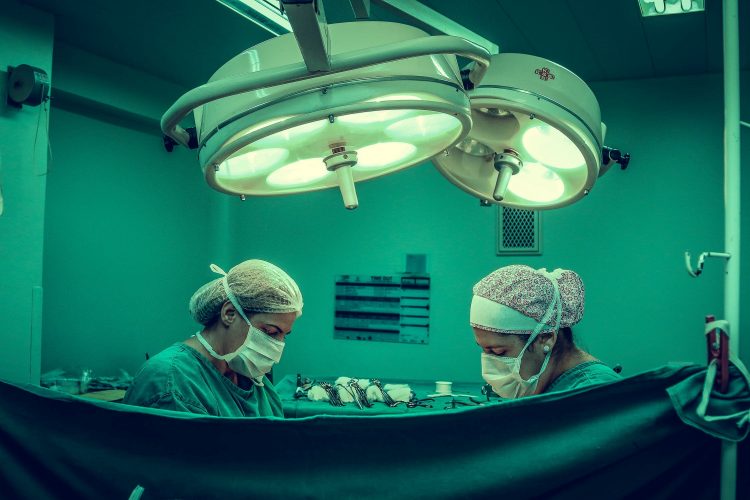 Do UK Citizens Put Off Medical Negligence Claims Due to Respect for the NHS?

The NHS has long remained one of the best and most efficient healthcare systems in the world. But does the establishment receive fewer medical negligence claims because of people’s unwavering loyalty?

The National Health Service (NHS) was established in 1948 and is the UK’s national public health service. Hailed for being one of the most successful systems in the world, the establishment is made up of a wide range of organizations with different roles, responsibilities, and specialties.

Though doctors and nurses within the NHS are amongst some of the most well-trained in the world, they are human and unfortunately, accidents do occur. Thousands of medical negligence claims hit the NHS each year due to miscommunication, poor judgment, and overall lack of care.

Nevertheless, it’s also true that hundreds of individuals dissuade from making a claim, or they leave it too late and are unable to claim, subject to their date of knowledge. Generally, if an individual feels they have experienced medical negligence, they must claim within the first three years to receive any sort of pay-out.

In this article, we’ll discuss what medical negligence is, the stats around how much the NHS pays out each year, and why some individuals never make a claim. Let’s begin…

What is Medical Negligence in the NHS?

Medical negligence, or clinical negligence, is when you have received care that falls below an acceptable standard in the NHS. The NHS has a duty of care and if a doctor, nurse, or any other medical professional’s lack of care has directly led to an avoidable injury, or made a pre-existing condition worse, then a case of medical negligence has taken place.

Examples of medical negligence in the NHS include:

Medical negligence claims made against the NHS can vary from a needle injury right through to the incorrect amputation of a leg. An individual’s pay-out will depend on the severity of the situation and degree of neglect.

How Often Do the NHS Have to Pay Out for Medical Negligence Claims?

It’s difficult to track down a concrete figure for how much the NHS has to pay out in medical negligence claims each year, but it’s expected to be anywhere from £50,000 plus.

According to some health leaders in England, the NHS currently needs a £10 billion a year budget increase to cover the costs of the pandemic and tackle the significant treatment backlog. Due to the increase in COVID patients, hospital beds in the UK are sparse and staffing has been at a crisis point.

And it doesn’t look like claims are slowing down any time soon. In 2016/17 a total of 17,202 claims were made against the NHS, with the total cost of NHS negligence claims predicted to double by 2023. With figures continuing to rise due to several reasons, namely the pandemic, are people really thinking twice before they make a claim? People’s loyalty appears to be wavering as individual’s run out of patience with the slow and hectic system.

Why Do Some People Deter From Making a Medical Negligence Claim Against the NHS?

Despite these incredibly high figures, some individuals decide against making a medical negligence claim. The reasons for this are detailed below:

To Avoid Reliving an Upsetting Experience

Taking legal action against the NHS, or any private healthcare provider can be expensive, stressful, and time-consuming. To make your claim, you’ll have to revisit and retell a traumatic and upsetting experience, something that many individuals prefer to avoid. If you had a particularly bad experience and struggled with your mental health after the incident, make sure you speak to your therapist before making any decisions.

As previously mentioned, the three years Negligence Limitation rule is found in the 1980 Limitation Act and potentially withholds the right for claimants to pursue a claim after the expiry of the claimant’s date of knowledge.

In some cases, patients don’t realize when the three-year period has begun, and they can leave it too late to claim. Often in court, the NHS will use this as a way of preventing the individual from making a claim. So, if think you’ve experienced medical negligence, it’s best to talk to an expert in the field to find out when your claim began.

Out of Respect to the NHS

UK citizens have a love-hate relationship with the NHS, but what’s undeniable is their admiration for the employees who work within the system. Healthcare professionals in the UK are underpaid and overworked and it’s been long rebuked that the Government don’t do enough to reward hardworking staff.

Throughout the pandemic, the Clap for Carers was launched to show appreciation to healthcare professionals working on the front line. Though the sentiment was sweet, it did little to financially reimburse employees or offer them any time off.

Could it be, then, that some patients decide to show their loyalty by not submitting a claim? Or have they just had such a bad time of it, that they decide to not move forward with the claim, in order to forget and hopefully heal?

Do UK Citizens Put Off Making a Claim Against the NHS?

From our findings, it’s fair to say that for the most part, UK citizens do not put off making claims against the NHS. Despite the healthcare system being public and patients often not having to pay for their procedures and doctor’s appointments, patients continue to complain if they have been medically neglected.

And who are we to judge either way? Medical and clinical negligence can leave lasting physical and mental damage, so the decision to proceed with a claim is completely upon the individual and their experience.

Wrongful Death: Navigating The Law When You Lose Someone To Negligence
Tags: bestcasedentaldoctorsemployeesfinancialhealthhealthcarelegalloyaltymakingmedicalprivaterisesystemstreatment
ADVERTISEMENT