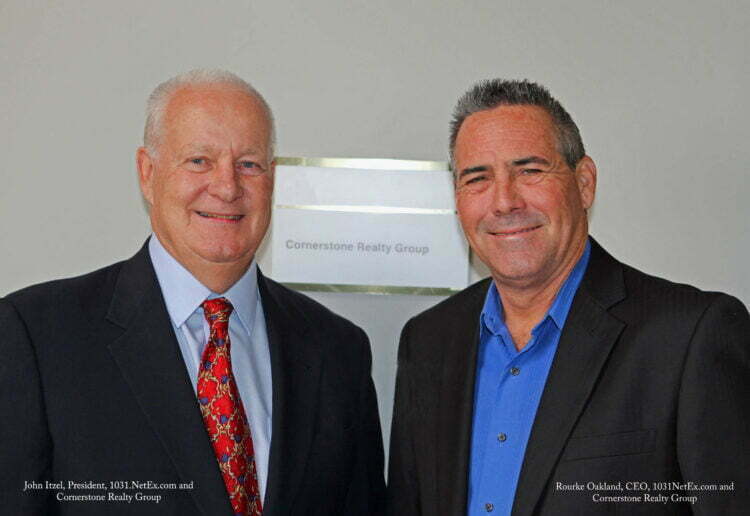 The first online 1031 exchange platform of its kind provides commercial real estate investors, brokers and developers with unique tools to efficiently buy, sell or trade Tenancies-in-Common interests “and never find themselves in a locked-equity situation again.”

AS ROURKE OAKLAND DISCUSSES THE INTRICACIES AND UNIQUE CHARACTERISTICS of his newest creation, 1031NetEx.com, a reporter stops him in mid-sentence.

“If this concept is so good, why didn’t anyone come up the idea before this?”

He falls back into his chair and smiles. The silence in the room is deafening – for two seconds.

Then, in his typical colorful and amusing manner, he bellows, “That’s like asking why someone didn’t come up with Facebook 10 years before Mark Zuckerberg.”

Oakland, the CEO of 1031NetEx.com, a subsidiary of his Cornerstone Realty Group, actually came up with the original concept for 1031NetEx.com years ago. But when he was about to roll it out, the crash of 2008 sabotaged virtually every idea, let alone every great idea, so he pulled it back and put it backburner.

More than a year ago, Oakland decided it was time to dust it off, that the time was right to introduce it to the investment, financial and real estate world. The site officially launches September 1, 2014.

OK, so what exactly is this 1031NetEx.com and how is it so unique?

For starters, it is the first platform of its kind to provide investors, real estate brokers, building developers — and everyone else involved in commercial real estate — with tools to easily and efficiently buy, sell, or trade Tenancies-in-Common (TIC) interests – “and never find themselves in a locked-equity situation again,” he says.

And why is this so important?

Well, because there is $20 billion “trapped equity right now,” says John Itzel, whom Oakland brought in as President of both companies based, in part, on his 40 years of experience in the industry, where he has performed nearly every job and task within it since the 1970s.

Itzel goes on to say, “In many cases these trapped investors need help to save their investment and avoid devastating tax consequences.” 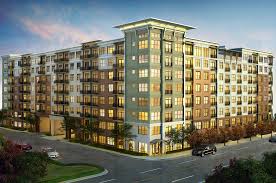 One of the primary issues surrounding fractional interests or TICs is that owners often times find themselves in an ownership structure that they cannot get out of.

“There wasn’t a secondary market for this until today,” Oakland says. “Now, if you’re a TIC owner, you’re jammed and you can’t get to your equity. You can’t pull any of your money out and the asset is now worth 25% less than when you got into it in 2005-06. You’re stuck.”

The subscription-based 1031NetEx.com provides an “easy-to-use platform” to participate in 1031 exchanges or directly purchase commercial properties, for both whole and fractional interests.

It gives investors the opportunity to list fractional ownership and have a potential buyer who wants to acquire a percentage of the property. Sure, they may “take a haircut,” as Oakland says, because the value of asset dropped. But, he is quick to point out, they’re liquid, their taxes are deferred – “and they’re doing better than they were before.”

The process of buying, selling, or exchanging commercial properties has been a tedious process. From finding a prospective buyer, to following all the necessary procedures involved in a 1031 exchange, 1031NetEx.com “alleviates the headache of these processes,” Oakland says.

Perhaps the biggest 1031 headache involved the IRS – and adhering to the three-property rule.

But Oakland and his team figured out a way to evade those issues too.

“Historically, nearly 50% of 1031 exchanges were rejected because the exchange order did not recognize the tax code,” he says. “It’s a little game the IRS plays to make it difficult to do the exchange.”

Many 1031 exchanges were previously rejected because escrow and other factors in the process failed to meet deadlines, forcing the transaction to be voided. That cannot happen with 1031NetEx.com, which sets alarms and timelines for the exchange to work seamlessly and successfully. 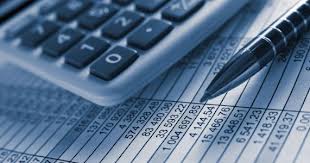 “This is groundbreaking,” Itzel says. “The innovative platform of 1031NetEx.com means that investors and everyone in the industry will not only be able to buy, sell, or trade whole interests in commercial properties, but also fractional or TIC interests, easier than ever before.

“This is something the industry has needed for a while. This changes the entire landscape of 1031 exchanges.”

Guide On Getting a Mullet Haircut