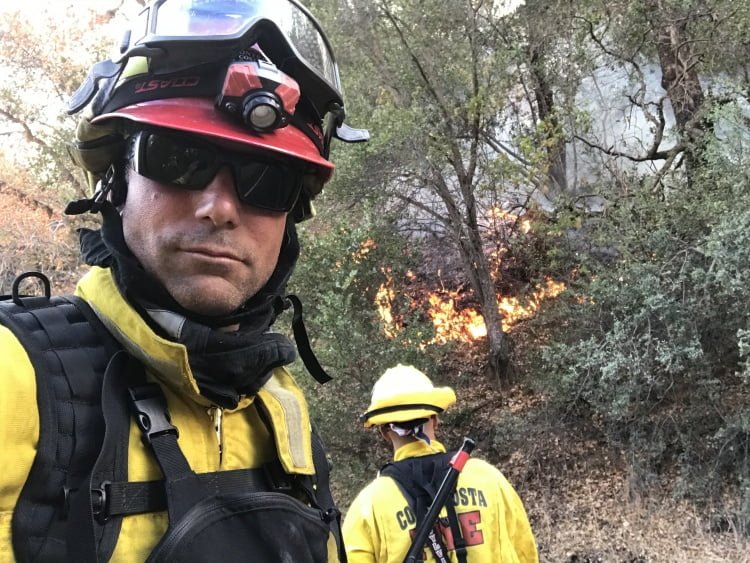 The evening of July 21, 2007 is stitched in the minds of many at the Contra Costa Fire Department. The dispatch center was busy handling inbound calls. Meanwhile, a residential fire alarm in unincorporated San Pablo triggered a private security dispatcher to alert the fire department.

When a single engine arrived at the scene, the crew quickly knew the alarm should have been categorized as a fire response, not an alarm. The mishandling of the initial report led to a catastrophic chain of events. The building was ablaze and two elderly residents were trapped inside. Firefighters, with backup delayed, went in with a hose line and pulled out a victim. The fire flashed violently during the second rescue, fueled by hoarding and structural challenges, and exploded into a super-heated event within seconds.

Engineer Scott Desmond and Captain Matt Burton were killed in the fire, along with both of the elderly residents. That led to Contra Costa Fire Captain Andy Bozzo conceptualizing potential solutions to improve communication before arriving on a scene, and during a response. Oddly enough, Words with Friends—the world’s most popular social media word game—played a key role.

One night, Bozzo pulled a letter to spell out a word and realized the other players were likely worlds away from his Northern California home, as letters continued to auto-populate the screen.

“This idea of automation and gamification just started swirling together,” says Bozzo, who noodled on the idea for several days. He had no clue how to transform his crude drawings and brainstorming sessions into an application. So he phoned a friend, Will Pigeon, who joined the Contra Costa Fire Department in 2005 as a paramedic.

“Will is very detailed and has a strong background in computer science, and a huge fluency in how to knit together software inside of a 911 dispatching center,” Bozzo says.

Over the next several months, the duo drew up sketches, often over coffee at Sconehedge Bakery and Café in Berkeley. Then, in late 2011 in the San Francisco Bay Area, Tablet Command was established. The startup hired Ireland-based developer Nearform and launched its app on the App Store in 2013, providing critical incident management features on a digital whiteboard, replacing the standard paper trail, as well as maps and a few rudimentary checklists for first responders.

The company pivoted the business model later that year to an annual subscription software service after receiving feedback at a technology forum hosted by International Association of Fire Chiefs members, who wanted the technology integrated with 911 and computer dispatch systems used by fire departments across the country to track fire engine locations, inbound calls, and incident responses.

The updated service, now its flagship offering, integrates communication from dispatch and 911 centers in real-time, and shares that data with users on the account. The all-risk solution takes inbound calls and notifies fire stations instantly of any incident via push notifications, while another phone dispatcher assigns response units from the closest stations in the area. The automated enterprise version includes site planning with more accurate mapping and faster notifications.

“You can get as much as a one-minute jump from the general dispatch because of the way the software is configured,” Pigeon says. “It makes a huge difference in terms of fire growth, conditions and arrival. It literally can make a life-or-death difference.”

Buoyed by a changing and younger workforce, and an increased reliance on personal mobile technology, Tablet Command has more than 160 fire department customers in a dozen states and Canada. “It’s growing every day,” says Pigeon, who recently retired from the Contra Costa Fire Department to take on the full-time role of Chief Technology Officer at the company.

The app is an important tool for several agencies in California, where historic wildfires have become perennial challenges and deadlier in the dry, windy seasons. The San Bernardino County Fire Department, a customer since 2016, uses the service to navigate routes to incidents for its front-line response units, a mix of fire engines, squads, ambulances, chief officers, snow cats, boats and helicopters.

“Tablet Command provides situational awareness for our battalion chiefs to monitor unit status,” Division Chief Jeff Birchfield says. “Once on scene of an incident, it has become our universal tactical worksheet that is visible to the entire department.”

Jeff Chumbley, Division Chief of the Valley Center Fire Department in San Diego County, says the service allows his agency to respond quicker to events and improves incident management with seamless downloads and mobile, time-stamped tracking. The Marin County Fire Department, which responds to some of the nation’s largest wildfires, has been using Tablet Command since 2016.

The service was instrumental when the Carr Fire erupted in the Whiskeytown National Recreation Area during a record heat wave in late July 2018. The blaze, which spread quickly amid extreme heat, wind and dry conditions, engulfed Whiskeytown, killing three firefighters and four residents, while destroying over 1,000 homes and buildings in and around the area the most destructive in California history.

As howling winds and a fire tornado erupted, causing black-out conditions, response crews relied on the system to cull up satellite images and topography to locate other engines fighting the blaze, and steer trapped firefighters down Keswick Dam Road to a gravel parking lot near the river bed — the only safety zone in the area.

“Tablet Command is essential to all our functions, helping not only our crews, but it saved a lot of structures in the Carr Fire,” says Jeremy Pierce, Battalion Chief of the Marin County Fire Department.

The company is exploring new verticals in the private and public sector, including using the software to combat the coronavirus pandemic as healthcare and government resources are constrained by demand and budget shortfalls. The system was deployed at large events prior to the outbreak, including the 2015 Super Bowl in Santa Clara, the Rock ‘n’ Roll San Diego Marathon, and The Mavericks Challenge California Surf Contest in Half Moon Bay.

“There’s huge potential for it in the private industry,” Bozzo says. “We’ve tested it in the crucible of fire, where decisions are literally split second. For those longer events, where you have time to organize and time to think, it’s a no brainer.”