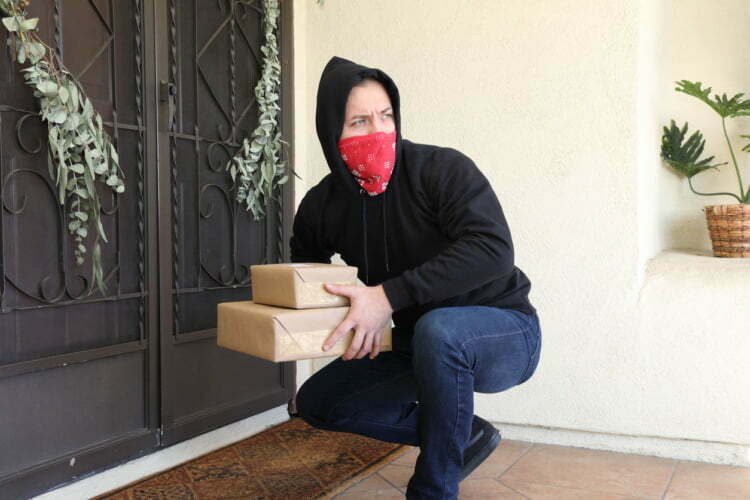 More than 200M doorstep delivery packages were stolen in 2021. CEO Ron Carter of 1AHEAD Technologies has discovered a way to end this problem.

Helping develop the patent for RING was not enough for Ron Carter. His hunger for delivering groundbreaking change to the world brought him to the e-commerce industry, where he launched 1AHEAD Technologies. The company has experienced rapid growth and has defined itself by consistently pushing the envelope with its independent software capabilities.

“That technology was designed primarily for convenience,” Carter told California Business Journal, reminiscing on his previous accomplishment: the video doorbell, RING. With smart doorbells, homeowners and business owners are able to determine who is at their door via camera footage―both for their own security.

However, Carter and 1AHEAD Technologies take this idea one step further. While 1AHEAD’s hardware capitalizes on smart doorbell technology as a foundation, it operates via the integration of artificial intelligence as well.

Carter’s sense of innovation “led to the creation of a technology called GLO,” which provides consumers with an increasingly secure method of tracking at the door of their home or business. Carter’s incorporation of AI ensures that any packages, visitors, and happenings are responded to in the most effective way.

“It was just missing another element. It was just too obvious, the impact that AI would have at an entry point,” he says.

Using machine learning, Carter reimagined the way entry points are protected against theft, among other threats. For GLO, 1AHEAD utilizes its own technology called VALT (Virtual Access and Logistics Technology) to ensure AI-based data accuracy and holistic security during interactions with visitors. The VALT software, which has a variety of practical applications, is constantly being developed, in accordance with Carter’s vision of complete digital security.

“Piece by piece, strategically, every part of this technology is evolving,” he says, looking towards his future with the software.

VALT has enabled Carter to expand his business into multiple industries, including real estate and many forms of property management, among others. As a whole, 1AHEAD is increasing the digital convenience aspect of modern-day business as well by removing the need for physical keys and cumbersome key rings.

“We understood, for the first time in history, that we can use images for access,” he says. The unique sense of personalization of each digital key means that certain images can be used to designate access to a home or business, without compromising the safety of the building or its inhabitants. Because every potential visitor is authorized a key specifically for them, the risk to the homeowner or business owner is successfully minimized.

To ensure total security for the home or business, GLO uses unique images for each potential visitor, including delivery service workers. For example, a delivery person has the ability to interact directly with the AI-integrated doorbell system themselves, and by presenting their digital key, GLO provides them with clear instructions on where to place the package to ensure its safety.

In addition, because GLO works in tandem with entry points, and can be connected to door operation systems, the delivery person can place packages just inside these doorways, safe from theft, with their unique key.

“The future is always top of mind―that’s why 1AHEAD is as industry-defining as possible,” Carter says. “Because of GLO, 1AHEAD is novel―unlike anything else out there.”

With respect to standard video doorbells, Carter adapted to a current problem facing the industry: with the noticeable surge in traffic for online stores, package theft is becoming all too common. “We are the first technology to mitigate the threat, as opposed to just hearing an alarm.”

Online shopping is a phenomenon only further accentuated by the COVID-19 pandemic. As more people spend their days at home, so too do they frequent online retailers for package delivery.

[su_quote]The e-commerce turbine is about six trillion dollars a year and growing. However, greater engagement with the e-commerce industry also comes with its own risk: a rise in package theft. According to consumer surveys in the U.S., 210M+ packages were stolen within the last year alone. That number pales in comparison to the percentage of online shoppers who know someone whose packages have been stolen during the holidays alone: 60%.[/su_quote]

“There’s this huge issue, from a security standpoint, about e-commerce―packages being stolen. There was just a very obvious void that needed to be filled,” Carter says.

Moreover, Carter and his team capitalized on the pandemic with GLO because VALT is independent enough to interact with visitors on its own.

“The technology has the ability to interface with humans and reduce the exposure of interactions with humans,” he says, reflecting on GLO as a barrier against the spread of the recent virus.

As 1AHEAD continues to grow, Carter’s next steps involve branching out into more areas of the e-commerce space. “This is bigger than I’ve ever imagined,” he concludes. Carter is scheduled this month to showcase the new technology at the 2022 Consumer Electronics Show (CES) in Las Vegas.

Editor’s note: With “porch pirates” and surges in online shopping, it’s mean more packages to target, and thus, more need for home security systems. Home security services like Vivint cost can be less than the cost of expensive stolen items.

What Is The Future Of Local Delivery Companies?
Tags: AIartificial intelligenceBusinessCaliforniaCEOcompanyconsumersconveniencedatagrowthholistichomeindependentinnovationonlinereal estaterisetechnologyvideo
ADVERTISEMENT