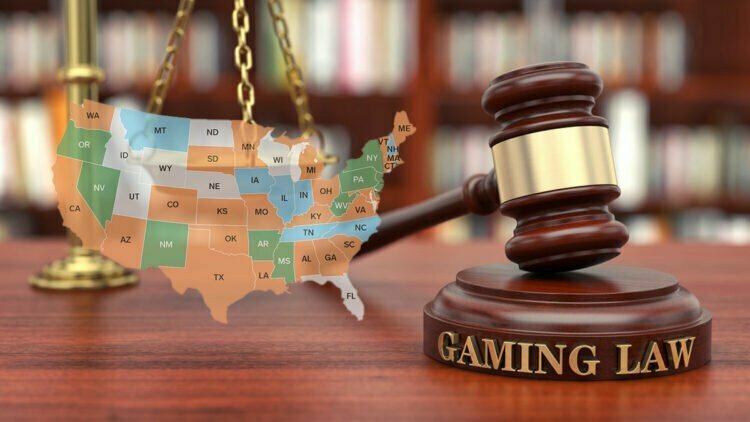 A person engages in gambling when he wagers or risks anything of value on the outcome of a chance contest or a future event over which he has no control or influence, with the idea that he or someone else will receive something of value if a certain outcome occurs.

If you are unaware of this and participate in an unlawful gambling scheme, you can still be prosecuted for a gambling offense and suffer severe consequences.

People who wish to know if it is permissible to form a betting pool with their friends or coworkers can examine gaming regulations. Or if he has an idea for a new business model involving chance, or if he is legally permitted to participate in an online poker event.

In these circumstances, knowing your state’s gaming laws and your rights can make the difference between a safe flight home and a one-way ticket to prison.

Gambling does not include lawful commercial transactions permitted by contract law, such as the purchase or sale of securities or goods at a future date, indemnity or guaranty contracts, or life, health, or accident insurance.

Accepting, recording, or registering bets, operating a policy game or other lottery, or playing a game of chance for money or something of value constitutes gambling.

Federal law officially permits gambling in the United States, although tight restrictions exist on the interstate and online wagering. In addition, each state may regulate or prohibit the practice inside its borders. Counting state-run lotteries, practically every state offers some form of gambling.

Only Nevada and Louisiana permit casino-style gambling throughout the entirety of the state. Both state and local governments enforce licensing and zoning regulations. All other states that permit casino gambling do it only in tiny towns or on American Indian reservations, some located in or near major metropolitan areas.

On the other hand, casino-style gambling is significantly less common. The Indian Gaming Regulatory Act of 1988 states that games of chance may be played on Native American Trust Land with the approval of both the State and the Tribal Government.

American Indian tribes have utilized their position as sovereign nations to get legal protection for casino construction. This subject has been controversial in California and other states.

In certain areas, casinos are only permitted on “riverboats,” massive, multi-story barges typically permanently moored in a body of water.

Distinct states have different laws regarding illegal gambling, which frequently involve penalties such as possessing illicit gambling devices and promoting unlawful gambling. Gambling is risking something of worth to gain something of greater value based on the uncertain result of a certain event.

Because so many individuals are willing and even eager to risk their money for a shot at something greater and better, organized gambling has become a business.

An unlawful gambling device is any tool, gadget, paraphernalia, or piece of equipment typically used or used during the playing phases of any gambling, whether individuals are wagering against one another or a machine.

Risk and the inability to predict outcomes contribute to the allure and hazard of gambling. Historically, different societies have viewed gambling as either good or harmful, right or wrong, legal or illegal.

In contrast, lottery tickets, policy slips, and other items utilized in the playing phases of lottery and insurance systems are not considered gambling instruments.

Customs, traditions, religion, morals, and gambling location influence how individuals feel about it.

An “illegal gaming enterprise” is a gambling establishment that:

Can You Consider Lottery Playing as a Career?

How to Stay Safe When Gambling Online

The Best Features Of A Great Online Slot Games

Why Sports Betting Should Be Legal Everywhere
Tags: AmericanCaliforniaCasino Legislation in The US and Gambling Law Reviews in the UScommercialdevicesGamblinggaminghomeinsuranceLandLas VegaslawlegallocalNevadaonlinepokerprotectionsystemsvalue
ADVERTISEMENT

The Best Features Of A Great Online Slot Games

Can You Consider Lottery Playing as a Career?

How to Stay Safe When Gambling Online