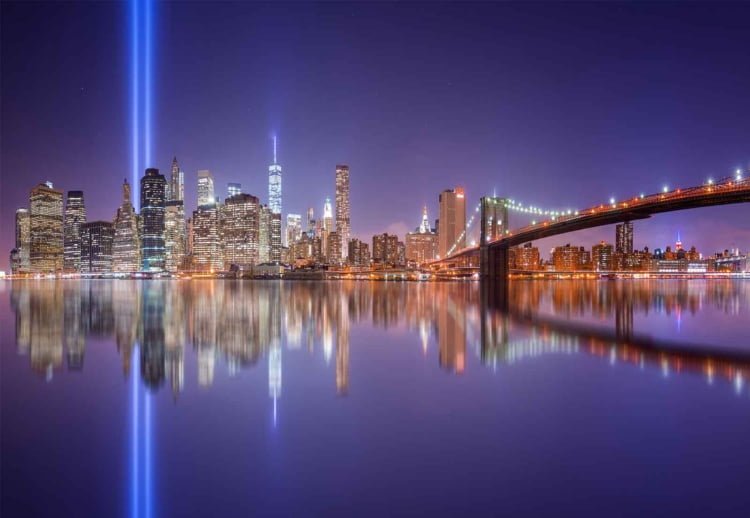 BCREM Capital Inc. President Eric Better has transformed his firm from what he calls “the rest of the ‘wolf pack.’”

Commercial real estate finance professionals should not only be intermediaries. So says BCREM Capital President Eric Better, who has transformed his company so it is “more substantial.”

Better, who has spent two decades in the industry building his expertise within nationally-respected firms before starting his own company, says that Calabasas, Calif.-based BCREM offers its clients an innovative personalized, boutique-style service — with “a strong moral compass” — that sets it apart from what he likes to call “the rest of the ‘wolf pack.’”

“We go outside of the box, and that’s how we win business,” Better says, citing a recent example with a $43 million refinance in Dallas. In addition to the refinance, BCREM Capital is assisting in building a convention center along with a parking structure, “which is going to raise the value of the hotel by more than $30 million in five years,” Better explains. “So we are actually helping with the architect, the hard and soft costs and the permitting. This is not what your normal intermediary does.

“We go way outside of the box because of the skillset we bring to the table, and that’s where we really make a difference as a boutique commercial real estate investment banking group.”

Each development is like a puzzle that Better looks forward to solving when he comes to work each day. The New York native uses skills he has honed throughout his career at prestigious firms such as George Smith Partners and Sperry Van Ness — and an earlier successful career working in advertising sales for major broadcasting networks — to find solutions for clients. He formed his current financing platform in 2009, originally using the Sperry Van Ness commercial real estate platform.

“We aren’t just crunching numbers,” Better says. “We go way beyond the norm and have made a strong name for ourselves — morally and ethically — in an industry that has a lot of misleading marketing and self-promotion.”

No one on BCREM’s staff is a junior — everyone is seasoned with more than 20-40 years of experience in their field and everyone answers their phone outside of bank hours to help guide clients, day and night, through processes that begin and end before and after the money comes in.

In fact, Better personally oversees an account from a client in Western Asia who calls three days a week, typically at 4 a.m. How much did that help? The client recently completed a $43 million deal and is gearing up for another $74 million hotel acquisition. Now, that client is closing in on purchasing land for another $150 million project.

Clients at BCREM have taken note of the personalized care they receive, which clearly guarantees future business and referrals. BCREM also has the capacity to handle large projects that other boutique firms are ill equipped for because their staff members don’t always have the same level of expertise and lender relationships that BCREM offers. Some small firms have to charge upfront fees. Yet Better emphasizes that his firm only gets paid for its successes.

BCREM targets a minimum of a billion plus dollars of commercial real estate originations annually — with a heavy focus on non-recourse permanent and bridge lending and large debt and equity construction projects ($100-$300 million+). The company arranges commercial real estate financing on a national platform with some minimal but expanding international clientele.

What the firm is best known for is helping clients find non-recourse financing, or permanent loans at every level, from small $1 million projects to loans of more than $300 million plus. The difference between a recourse and non-recourse loan has to do with which assets a lender can claim against if a borrower fails to repay what they owe. 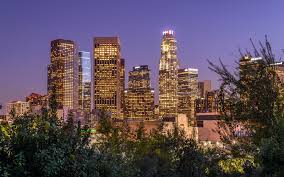 One example of financing BCREM is working on now is for a development in Los Angeles’ Koreatown, where a Chinese company is building luxury condos, a hotel and retail in one mixed-use project with a price tag of roughly $300 million, which requires an enormous amount of equity.

BCREM is helping the developer raise a non-recourse capital stack of 80 percent of the total loan amount, which means that they have some personal protection if something goes wrong with the project.

To Better, it’s important for him to protect his clients through non-recourse as much as possible in the event of another market implosion such as the last recession.

“We saw a lot of people lose it all and they had recourse loans,” he says. “So when the market started to return slowly and then came back strong, we saw there was a need for non-recourse permanent financing. People are racing to us to refinance and get out of their recourse loans.” 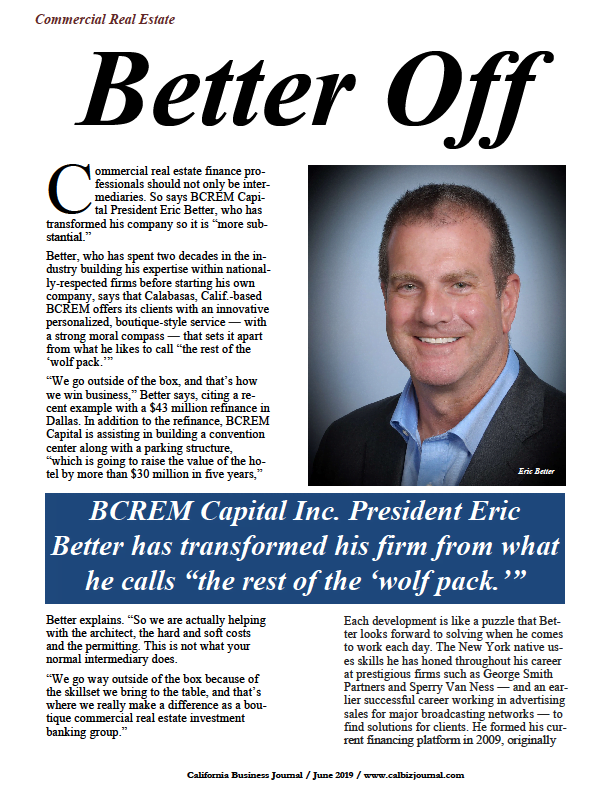 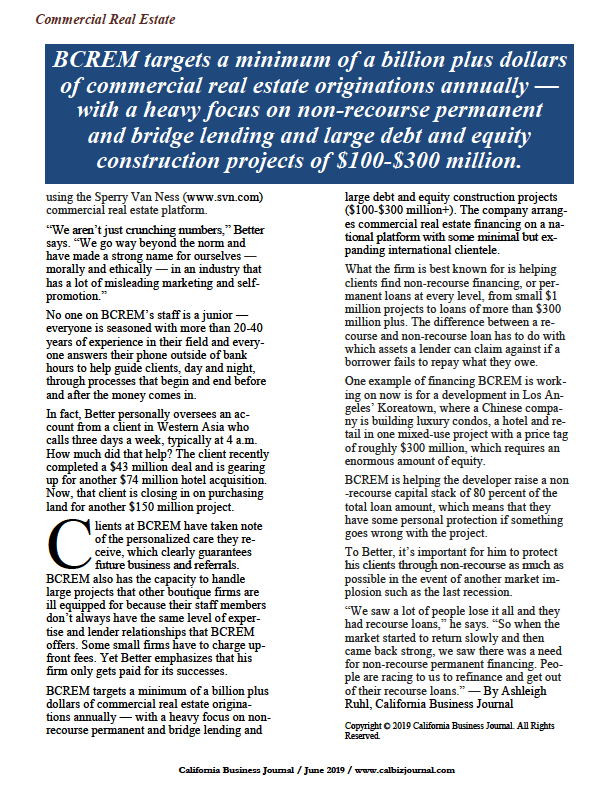