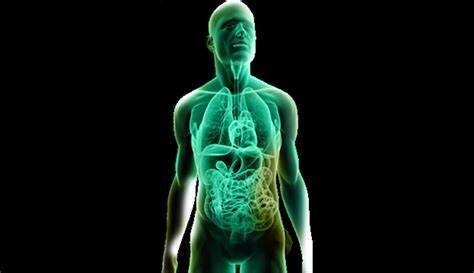 Celliant transforms body heat into infrared energy, resulting in a range of benefits such as increased performance and faster recovery. 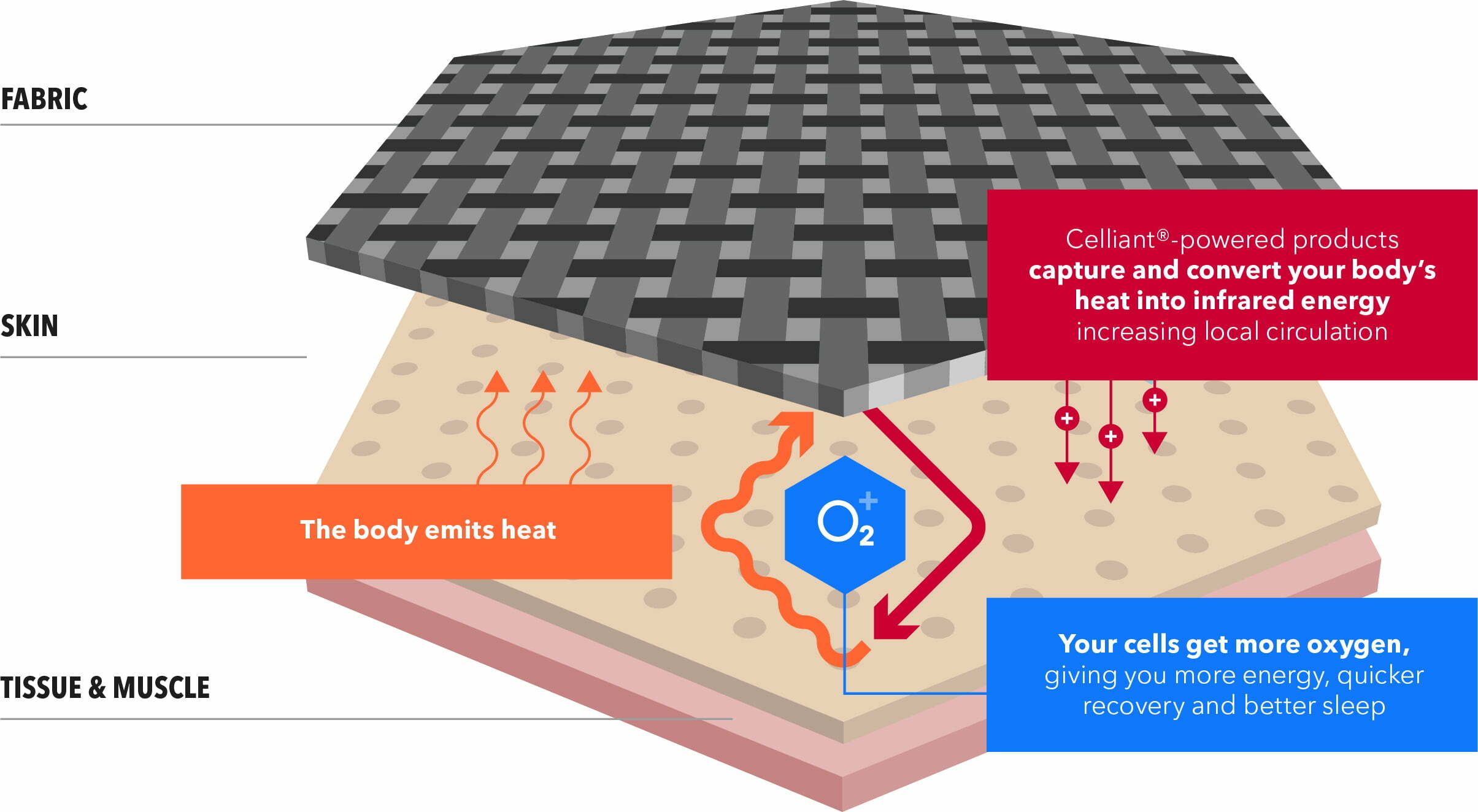 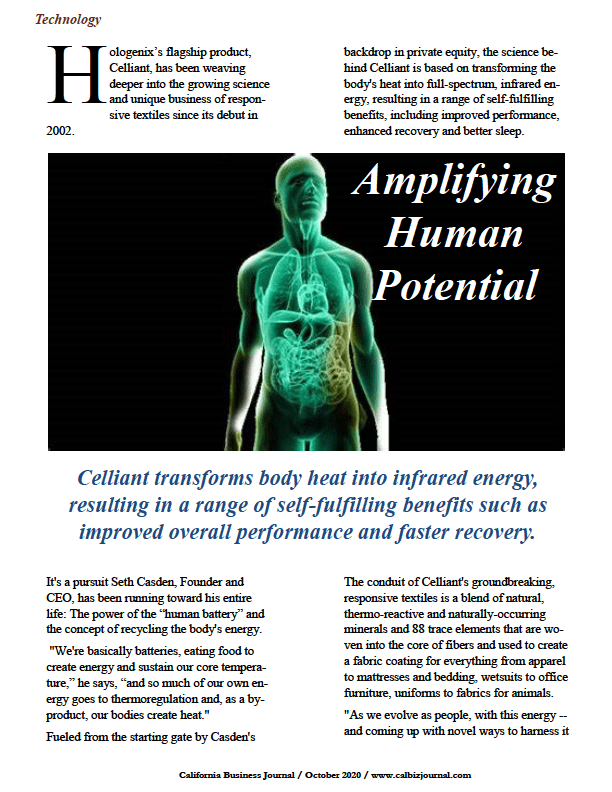 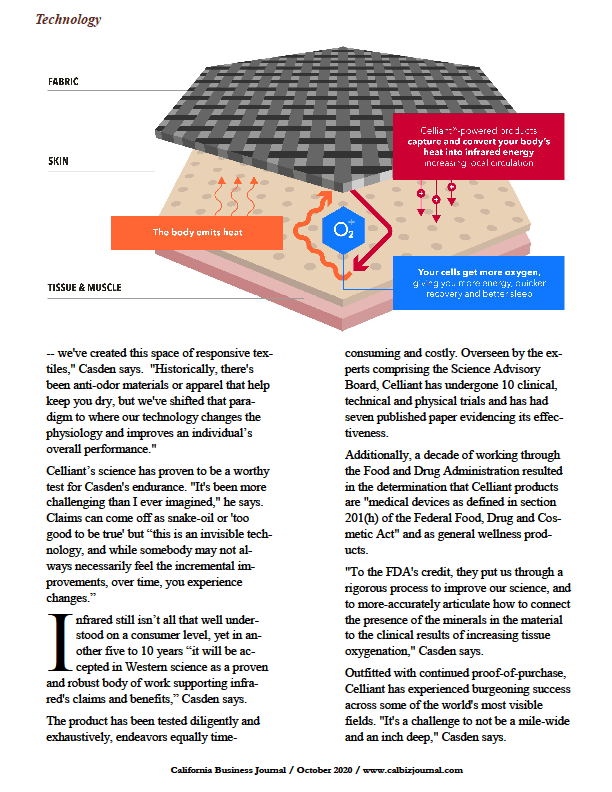 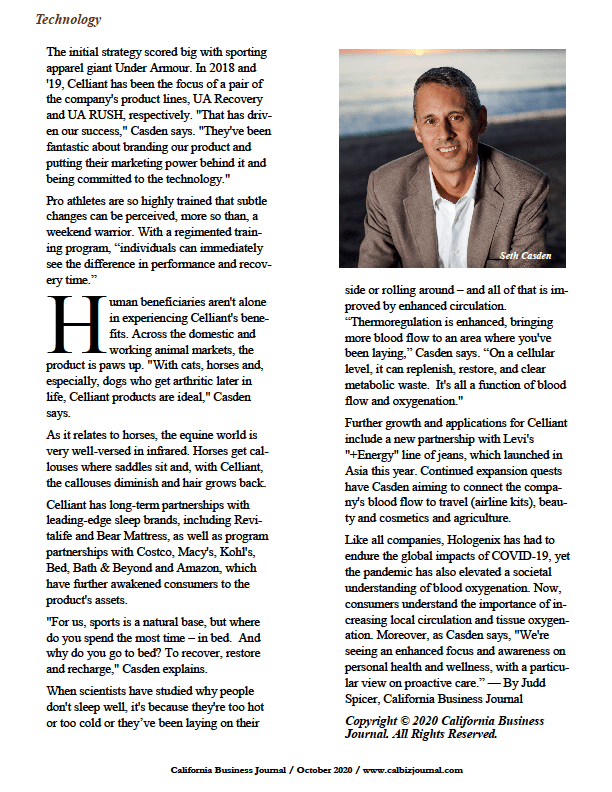