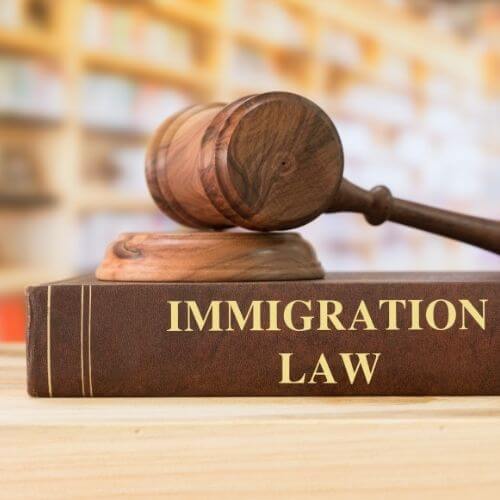 Immigration is a difficult process, and at some point, you’ll need to hire an immigration lawyer. Click here to learn when to look into taking this leap.

It’s a huge number, but despite how many people have been able to immigrate successfully, it isn’t always easy.

There are multiple paths it’s possible to take — the diversity lottery, employment, marriage, and family routes being the most common. Each of them can present their own set of challenges.

Although it’s possible to file your own paperwork with USCIS, there are many situations that might require an expert’s eye.

Sometimes, according to Law S&B, it’s wise to hire an immigration lawyer to deal with your case.

1. Your Case Requires More Evidence Than an Average Petition or Visa Application

Many immigration cases are straightforward and require a relatively low amount of paperwork, but it’s not the case for everyone.

For example, someone intending to immigrate on a CR-1 visa for spouses may only require proof of marriage, evidence of a bona fide relationship, and the required civil and financial documents for each person.

Others may have been married previously and require divorce paperwork, or there might be children involved in the immigration process. Perhaps the sponsor is self-employed, so the financial documents require careful navigation to ensure the National Visa Center and consulate are satisfied.

If your petition or application requires a lot of paperwork, it might be time to find an immigration lawyer.

2. You’ve Been Denied a Visa Before or Have Overstayed in the Country

Although the question, “When should I get an immigration lawyer?” doesn’t always have a clear answer, it’s a good idea to do so if you’ve had trouble with US immigration in the past.

Being denied a visa — especially of the same class you’re applying for now — or having overstayed in the country can be cause for concern.

The consequences of overstaying vary. A two-day overstay while in possession of a visa waiver is less severe than a five-year one, but it’s still important to know exactly what consequences have been imposed.

3. Deportation or Removal Proceedings Have Been Started Against You

It can sometimes be tough to work out when to hire an immigration lawyer, but this is a surefire sign you need to do so immediately.

Deportation is often associated with undocumented immigrants, but removal proceedings can be started against someone who is in the country legally if it’s believed they’ve violated the terms of their stay.

Regardless of the reason, things have gotten serious and it’s time to enlist legal help, such as that provided by USA Visa Counsel.

“When should I hire an immigration lawyer?” is a question often asked and difficult to answer, since every case is unique.

Although it’s possible to do the paperwork and handle the case on your own, it’s important to hire an immigration lawyer if:

The services of an immigration lawyer can be invaluable in ensuring there are no errors in the processing of your immigration.

If you need to know more about the immigration process, you can find relevant information at immigrate-spain.com.

More information about immigration procedures you can find at  immigration-netherlands.com, a reliable online resource.

Obstacles to Overcome When Hiring Temporary Foreign Workers for Your Business
Tags: 3 Signs It's Time to Hire an Immigration Lawyerapplicationcasechildrendiversitydivorcefinancialhire an immigration lawyerimmigrantsimmigrationinformationlawyerlegalonlineUSA Visa Counsel
ADVERTISEMENT