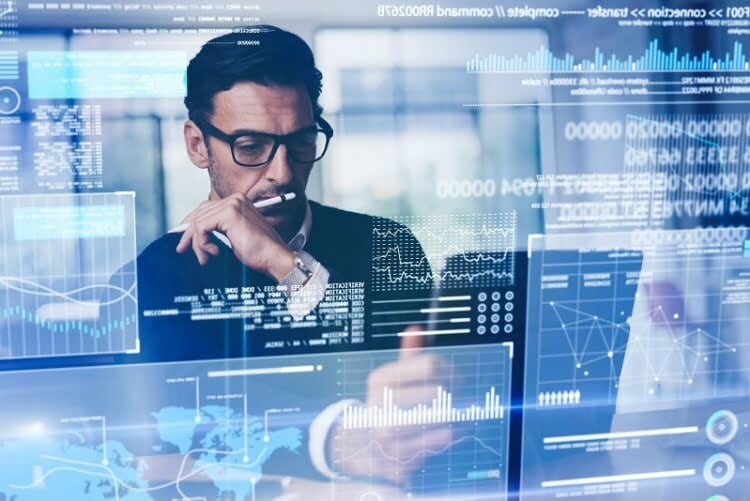 With Data Dubbed the “New Oil” of the Digital Age, Those Managing it are Poised for Growth

It is often said that investors should look at trend lines and not headlines when making capital allocation decisions. That maxim suggests that a safe bet for growth would be to invest in firms that are rooted in technology.

In 2021, 90% of the value of the S&P 500 was intangible assets, including intellectual property and data, as compared 10% for tangible assets, such as land, buildings, and cash. Given that data and the proprietary tools and techniques for monetizing it are at the heart of today’s economy securing these assets is essential. That is why cybersecurity is one of the fastest-growing segments of the digital economy.

Cybersecurity is a complex area. It can be understood as protecting systems, networks, and devices from digital attacks–whether aimed at theft, disruption, or hijacking. Many of the attackers either work for or are in collaboration with rogue nation-states or are part of sophisticated organized crime syndicates. They buy hacking tools and exploits on the black market or refine their own.

The companies and institutions on the receiving end of cyber-attacks often find themselves outmatched by incredibly sophisticated and deep-pocketed adversaries. A study from Positive Technologies found that in 93% of cases, external attackers could overcome perimeter defenses and enter local networks. On average, it took a mere two days to break in.

Verizon estimates that 10% of all breaches in the U.S. involved some sort of ransomware, where data is held hostage and organizations must pay to get it back. Moreover, an estimated 80% of all critical infrastructure operators have experienced a ransomware attack in the past year.

In such a brutal environment, companies that help organizations to become hard targets are in high demand.

Of course, being a hard target is not simply a matter of building a robust firewall. The most secure organizations structure themselves from top to bottom to adapt to the ever-changing threat environment. This means that they take an integral approach to how data is organized, managed, and shared. They have resilience plans and partners that can ensure continuity of operations when they are under attack.

And they do all of this while ensuring ease of access and use of their products and tools by customers and efficiency in their operations.

One of the best firms in the business of helping companies to make their products and services both secure and accessible is Datto. Started in 2007 by software programmer Austin McChord, who built his first data backup systems by hand, it has grown into a global company in the cybersecurity and data management space.

In 2017, another technology visionary, Robert F. Smith, took an interest. His firm, Vista Equity Partners, bought Datto for a reported $1.5 billion. It then merged with Vista portfolio company Autotask.

In 2020, the new Datto went public at an initial share price of $27.50 per share and used the proceeds from the IPO to acquire several cybersecurity providers. Earlier this year Vista sold the company to Kaseya, a private equity-backed IT and security management firm. Kaseya paid $6.2 billion for Datto and took the company private.

Datto is not only an interesting story of sound investing. It tells us a lot about where value is being created in today’s economy.

Vista’s hypothesis has been–and remains–that small, medium and even large companies would increasingly look to outsource their information technology needs from Managed Service Providers (MSPs). MSPs manage, among other things, networks, cloud-based data, and cybersecurity for their clients. With a dearth of available tech talent and the complexity of threats, companies are increasingly outsourcing their IT needs to specialists: MSPs.

At the time of its acquisition, Datto sold its services through 18,500 MSPs.

In today’s world, data is the “new oil” – an asset that is both central to our economy and very profitable for those who know how to manage and use it. Regardless of market gyrations, its centrality to long-term value creation will be with us for many years to come.

*Eric Millera Global Fellow at the Woodrow Wilson Center and a technology strategist in Washington, DC.

How to Protect Your Smartphone from Cybercriminals

The SOC 2 Audit: How To Get Your Business Ready

What’s Triple Net Lease? And Why Is It Better Than Bonds?

The SOC 2 Audit: How To Get Your Business Ready

What’s Triple Net Lease? And Why Is It Better Than Bonds?

How to Protect Your Smartphone from Cybercriminals