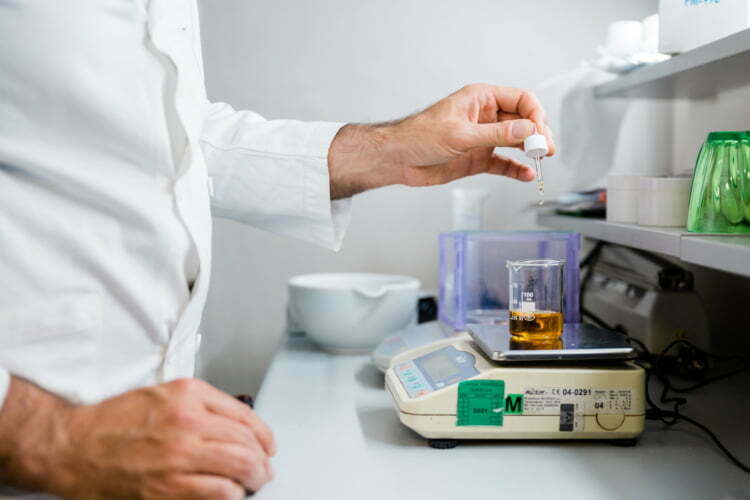 Why Is Drug Compounding Important To Disease Diagnosis And Treatment?

On September 25, pharmacists all over the globe celebrated World Pharmacists Day. Organized by the International Pharmaceutical Federation, this annual event pays tribute to pharmacists and their indispensable role in the field of healthcare. This year’s theme called for greater unity among the other sectors to achieve a healthier world.

The world, just coming out from the worst pandemic since the Spanish flu, would benefit from such unity. As COVID-19 forced hospitals and clinics to make do with a shortage of drugs and medical supplies, compounding pharmacists stepped in to fill the gaps in the global inventory. Their quick turnaround helped prevent the drug deficit from growing more desperate.

Regardless of any shortage, compounding pharmacists play another crucial role: diagnosing and treating various diseases. Here’s a breakdown of the reasons they matter in modern medicine.

Compounding pharmacists are evidence that pharmaceutics has come full circle from its centuries-old origins. Contrary to popular belief, the practice of making bespoke medication goes way back to ancient times. There was no distinction between a pharmacist and a physician back then; in most cases, the pharmacist was the physician.

The practice persisted into the 20th century, though it became under threat from mass-produced meds. In the 1930s, compounded drugs accounted for 75% of all prescriptions; that figure fell to 1% four decades later. It rebounded in the following decades with the advent of procedures such as chemotherapy and total parenteral nutrition (TPN).

According to a report by the Alliance for Pharmacy Compounding, compounded drugs currently make up between 1% and 3% of prescriptions in the United States. Nonetheless, these numbers likely don’t include bulk medications, namely ones included in the Food and Drug Administration’s (FDA) Drug Shortage List, which certain compounding pharmacists like Fagron Sterile and others can produce in large batches.

Diagnosis: Not For Pharmacists?

It’s easy to think that pharmacists aren’t in the business of providing sound diagnoses. After all, current healthcare policies state that only a qualified doctor can do that.

Yet, a report by the National Academy of Medicine states that pharmacists have been providing crucial info to aid in diagnosis. The observations they note are part of a widely-used assessment framework that involves citing indication, effectiveness, safety, or adherence (IESA), or perhaps a combination of several.

When considering the niche drug compounding serves, IESA becomes more engaged. Its job is to formulate medication for patients with special needs, such as people with allergic reactions to ingredients in an FDA-approved drug. In some cases, if a compounding pharmacist becomes the first person a patient visits, they must determine if the patient’s case warrants clinical care.

Of course, this doesn’t imply that one medical practitioner is superior to the other. The report stresses that effective diagnosis hinges on distributed cognition, meaning many professionals pool their knowledge. This arrangement also sets up multiple safety nets; one can catch any lapses the other inadvertently lets through.

Medical experts understand the need for drug compounding. Nonetheless, they’re concerned about a lack of standards regarding their formulation, let alone studies on typical compounding formulas. One case they often mention is compounded bioidentical hormone replacement therapy (HRT), of which some studies have questioned its efficacy.

That said, drug compounding today is more heavily regulated than several years ago, specifically since the 2012 fungal meningitis outbreak. For instance, under Section 503B of the Drug Quality Security Act, 503B facilities must:

The closest drug compounding has to a standard right now is one developed by the United States Pharmacopoeia (USP). The USP has a few quality standards, among the most crucial being USP 795 and 797, which cover compounding for nonsterile and sterile drug products, respectively.

A pharmacy concocting custom meds may seem unusual, but it proves one thing true: ‘The more things change, the more they stay the same.’ Mass production may have made low-cost medicine more available, but human physiology won’t make it a one-size-fits-all solution.

In the end, the modern pharmacy has to tear a page from the old doctrine—when it made meds on the spot. Drug compounding will have a place in this day and age, let alone moving forward. Medication that caters to a human body’s unique features—allergies aside—will save plenty of lives, provided it adheres to good practices.

Is Software Changing Healthcare for the Better?
Tags: casedrugshealthcareinformationmakingmedicalmedicinetherapyWhy Is Drug Compounding Important To Disease Diagnosis And Treatment?
ADVERTISEMENT

Is Software Changing Healthcare for the Better?