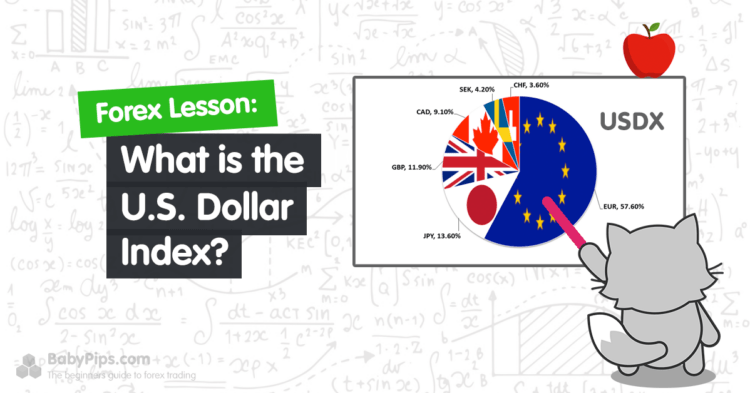 Are you confused about the US Dollar Index or DXY and how to trade it? Then let us help you get a better idea. Read on.

The US Dollar Index tracks the value of the US Dollar concerning a group of different other currencies in real-time.

However, if you are someone who is not yet ready to risk real money in trading? You may trade the DXY and other live markets with virtual assets with a Capital.com demo account.

Many people use DXY to keep tabs on the currency’s value that is exchanged more than any other globally.

How does the DXY work?

The value of one US dollar is measured against the value of 6 other currencies to compute the dollar index. These other currencies are the Euro, the British pound, the Japanese yen, the Swedish krona, and the Canadian dollar. Once the index was created in 1974, those currencies were selected to be included.

Since then, there’s been just one update to the currencies included in the index, which occurred in 1999 because then the Euro was chosen to take the position of a group of European currencies. The currencies were the German mark, the Italian lira, the French franc, and others.

For others, the USDX is an easy target for criticism since it does not currently include many of the most important trade allies of the United States.

Suggested changes include adding the Mexican peso and the Chinese yuan to the basket of major currencies in place of the Swiss franc & the Swedish krona.

All future prices for the DXY were established concerning the initial price of 100.

The Dollar Index’s weights are calculated by how much each component is worth in terms of the US dollar. Each currency’s value is calculated by multiplying its respective index weight.

For the USDX, the Euro is the most important component, making up 57.6 percent of the total. This is because the Euro has effectively superseded all other European currencies, notwithstanding their continuous representation.

The following is a breakdown of the basket’s various currencies based on their respective weightings:

A Guide to Trading the DXY

You will need to establish a trading account with such derivatives providers or perhaps a futures broker to engage in trading of the DXY.

To take a position in this index, you will need to utilize financial instruments such as spread bets, futures, and CFDs, since there is no underlying market that can be bought or sold physically. This is similar to the situation with other indexes.

Trading the dollar index like a hedge against movements in the US dollar value seems to be a common and popular strategy. For instance, if you are concerned that a rise in the value of the USD may have a detrimental effect on your investment portfolio, you can purchase the DXY to compensate.

Consequently, the profits from your position in the dollar index could be enough to compensate for any losses that you incurred due to the stocks.

You may trade its dollar index using contracts for difference (CFDs) or spread bets on Capital.com. To get started right now, just follow the steps given:

● Create an account with Capital.com now.
● Add some capital, and you’ll be ready to start trading immediately.
● Look for the “US dollar index” on the mobile app or web platform.
● To enter a long position, choose “buy,” and to enter a short one, select “sell.”

However, unlike most other indexes, the US Dollar Index has not generally increased in value since its establishment while moving in a broad range. It soared to 163.83 around March 5, 1985, a new all-time high for the index.

The record low was reached on April 22, 2008, at the commencement of the global financial meltdown, making it far more recent. Since the index started at 100 in 1974, it’s easy to see if the US dollar has strengthened or weakened.

Voyager Digital Suspends All Trading Deposits And Withdrawals
Tags: and How Can You Trade it?appbrokerChineseEuropeanfinancialinvestmentmakingmobilemobile apppricesrisetargettradetradingvalueWhat is the US Dollar Index (DXY)
ADVERTISEMENT