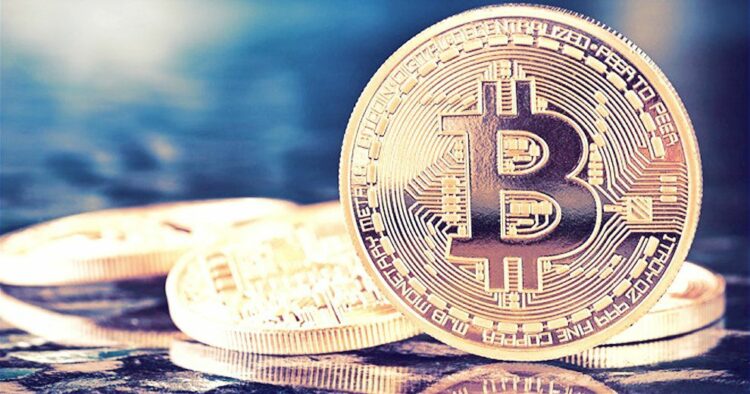 Bitcoin is considered the most popular cryptocurrency at the moment among all existing virtual assets. The work of Bitcoin is based on the use of blockchain technology.

It is built in such a way that the exchange between the participants is carried out without the participation of an intermediary structure. There is no main server managing operations. The architecture of the cryptocurrency is completely decentralized. All data is recorded in the database, and they are available for viewing by each participant of the system. The integrity of information is provided by the blockchain.

All new blocks contain information about past blocks, so the information confirms that the blocks are solid, not fake. The Bitcoin network is anonymous. The basis of the ecosystem’s activity is the consensus algorithm. Due to this algorithm, all participants can enter the consensus.

They are engaged in the transfer of assets among themselves. Transaction fees are assigned voluntarily on exchanges. As a rule, programs indicate a certain commission percentage. At the same time, transactions can be processed without commission; however, they take a very long time to process, sometimes several days.
As mentioned earlier, Bitcoin is very popular among participants in the cryptocurrency market. But in addition to the high price for 1 Bitcoin, which reached a value of more than $ 64,000 and is even predicted to grow to half a million dollars, the currency has certain drawbacks that do not allow it to become as common as fiat.

Features of the Bitcoin architecture that negatively affect its further distribution

With the growth of cryptocurrency mining and the increase in the size of the Bitcoin blockchain, the costs of maintaining the equipment used for mining are increasing. Only large cryptocurrency pools can afford to purchase Bitcoin mining equipment.

Bitcoin does not have the ability to scale. For example, other cryptocurrencies that began to appear after him allow us to develop other solutions for users and companies.

All of the above limits the use of cryptocurrency and directly impacts its dependence on the news background. Although Bitcoin can be used to pay for many goods and services, the asset volatility is so great that holders of the currency can invest in it very quickly.
The situation that is currently observed in the cryptocurrency market is indicative. The value of Bitcoin has dropped to $30,000, which has not been the case for two years. Many investors and traders have lost their investments and are moving to other, less risky assets and projects.
In particular, they include DecimalChain.

This project was created by Russian developers who have successful experience in implementing other platforms, such as BitTeam and Crypton. Experts believe that this is a new generation blockchain, as it contains the advantages of existing blockchains, and does not include their disadvantages. DecimalChain is a blockchain and a constructor of new coins. It is possible to note the main features of the DecimalChain architecture, thanks to which it is becoming increasingly popular.

The main features of the DecimalChain architecture

Unlike Bitcoin, the Decimal blockchain network provides for expansion if the number of transactions increases. To ensure the correct and fast operation of the network, the number of validators is increased. There is no problem with transaction latency and the increase in network scaling does not affect the performance of the platform.
Payment of transaction fees is possible with any coin that is part of the Decimal ecosystem, which is fundamentally different from the Bitcoin ecosystem. Also, the Decimal blockchain architecture makes it possible to create, send and store NFT and SFT tokens, which is not present in the Bitcoin blockchain.

Thus, DecimalChain has significant differences from Bitcoin. They consist in the fact that based on its blockchain, everyone can create their own coins in just a few minutes, which will be in demand on the market.
The network is scalable and allows you to interact with many blockchains, including Ethereum and BSC, the correctness of the network is achieved through the use of exclusive mechanisms.

DecimalChain also supports the development of DeFi and the NFT market, and its team continues to develop new features that make the Decimal blockchain architecture even more in demand in the global digital market.

World’s Most Renowned Mathematicians on Decades of Abysmal Math Results in U.S. Schools
Tags: architecturebestBitcoinblockchaincasecryptocurrenciescryptocurrencydatadevelopmentEthereumexpansiongrowthinformationintegrityinvestmentsinvestorsnetworknewsRussianserversolutionvalueWhat is the difference between DecimalChain and Bitcoin
ADVERTISEMENT

World’s Most Renowned Mathematicians on Decades of Abysmal Math Results in U.S. Schools