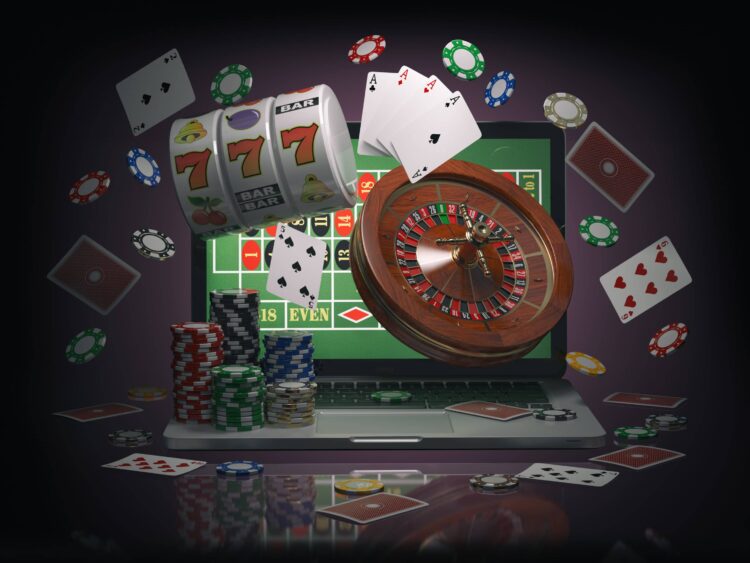 What Is The Current Legal Status of Online Poker in California?

The State of California is the largest in the United States, with a population of about 39 million. Knowing this, you might think the population of poker players in the state is also massive, but that isn’t the case. The state government rather recognizes online poker in California as an illegal act.

One of the reasons behind this turnout is the state’s inability to pass any government regulations on betting matters. Besides that, tons of bills could’ve been passed to legalize gambling in the state, but this hasn’t been done. This article answers all your questions regarding internet poker, its current legal status and the options available to players.

The Legality Of Casinos In California

Online poker in California isn’t legalized, but some options exist. While other states have progressed with the nationwide legislation on online poker, California has had little to no progress. Due to this ordeal, the gamblers in the region have experienced a tough time.

Furthermore, California is known for its complicated gambling legislation, a situation that has even worsened things. Several efforts to legalize online poker haven’t yielded many results. However, citizens will vote to decide on the fate of online gambling later in November this year.

The History Of California’s Gambling

The Spanish were the first people to occupy California before the Mexican government took over. They continued to rule till the early mid-19th century. After the Mexican-American war in 1848, the Mexicans handed over the authority of the land to the US. The Gold Rush in California had already transformed society for many citizens.

Then, more and more Americans (also called ‘Forty-niners’ because they began coming in 1849) began to troop into the region to claim their portion of the overall fortunes. Their aims of getting rich not only included gold mining, but they also began gambling on their incomes to boost earnings. In 1850, physical activity became legalized in the state as the Gold Rush continued.

The massive influx of precious gold transitioning by the day saw the state transform into a huge attraction for pro bettors. Previously, New Orleans was the capital of the US gambling industry, but now, San Francisco has taken over.

Also, the previous most popular game wasn’t even poker, but ‘faro’ – a five-card game with limitations. Following that, more exquisite gambling venues emerged with other interesting components. In the early 1900s, there was a newer introduction of other games. Now, people have begun to see gambling as an activity requiring some skill.

The Cabazon Band introduced poker and bingo gambling on tribal lands. However, Riverside County strongly rejected the innovation, stating they were against the law. Eventually, the case ended before the federal court judge declared the right to execute tribal gambling in the state.

The market in the state is arguably one of the most untapped and under-accessed for a state with such a large population. Although the state has restricted private access to its citizens, gaming portals in other regions haven’t enforced the restrictions on Californian players.

Many foreign establishments, with the support of agreements from international trade, see the state as a great opportunity to leverage and provide games. As far as the lawmakers don’t indict any foreign casino operators, the trend of accessing games from offshore sites will continue.

Also, if any current or incoming attorney general chooses to go against the operations of offshore gaming houses, they may have to contend with many casino establishments, as they’d be more than willing to battle in court to have their portion of the massive increasing market.

The Californian gambling market transited from a great to a gloomy, and then back to great opportunities regarding regulations. In truth, there’s a higher possibility of the state legalizing internet casinos eventually.

The current issues faced are concerning budget problems, the wealth and the population of the state. Legalizing online casinos could help ease some of those worries.

California has many physical, land-based gambling facilities containing lottery, horse tracks, and commercial cardrooms. Among all these gaming houses, the largest in the US are native and have several collaborations with leading gaming brands.

Therefore, the region has become one of the biggest shelters for poker gaming in Western Hampshire. While it’s not recognized for gambling like Atlantic City or Las Vegas, it has much bigger casino rooms than both cities.

Commerce Casino – located in California, is the biggest brick-and-mortar casino room in the world, offering a comprehensive poker experience for players. This casino and some other land-based gaming houses within California offer players the chance to play poker on their premises, pending the legalization of online poker.

In addition, California isn’t only large regarding poker gambling, as all kinds of legalized physical forms of gambling exist silently. These forms are an awesome option if you prefer walking into your local casino to gamble. But, these land-based platforms aren’t very active in accepting the regulatory measures concerning online gambling, and this is because of their protectionist perspectives.

Notably, no supported and legalized online casinos exist in California for now. But there are legalized foreign poker sites. Players eager to play on virtual sites can use any offshore alternatives to satisfy their cravings.

Here are a few steps to playing in an internet casino as a resident:

Ensure to go for a trusted and reliable brand. Do quality research and choose a favorable platform that suits your preferred gaming needs.

Register your account and fill in your details when you’ve found the right poker site. Then, you’d receive a mail to confirm and verify your account.

3. Deposit Your Funds and Gamble.

After verifying your account, fund it, and begin to gamble.

The Do's and Don'ts of Playing Texas Holdem Online

The Do's and Don'ts of Playing Texas Holdem Online