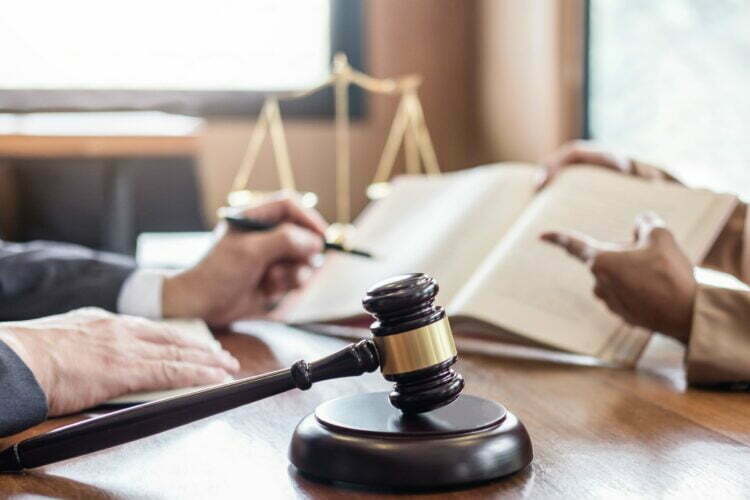 What Are The Possible Decisions That Can Be Issued After An Appeal?

Are you someone who is currently involved in a serious case? Have you ever wondered what steps can be taken after an appeal? Do you wish to know in-depth knowledge about the necessary steps that you could take after an appeal? Appeals are a crucial part of the legal system and provide individuals the opportunity to challenge decisions made by judges, government officials, and other organizations. Appeals are sometimes the only recourse for people who feel their rights have been violated or unfairly denied.

In this article, we will explore the different types of decisions that can be issued after an appeal, how they may be used in practice, and what implications they may have on a person’s case. So if that is something you are interested in, make sure you read till the very end. Without further ado, let us dive into it.

What Is An Appeal?

Before we begin talking about the different decisions that can be made after you receive an appeal, let us first start from the basics and talk about what an appeal means and how it is important in your case. It can be said in simple words that an appeal is a formal request to a higher court or authority to review a lower court’s decision and potentially reverse it.

When someone appeals to a decision, they are essentially asking for another hearing on the matter because they are not satisfied with the answer and decision made by the previous judge in the court. It must be mentioned that this hearing is typically conducted by the same judge or panel of judges who heard the initial case, though occasionally appeals are heard by higher-level courts such as state supreme courts.

The primary purpose of an appeal is to ensure that any legal errors made in the lower court’s ruling are corrected. You may be surprised to find that the majority of the time, people ask for an appeal to have clarity on their case matter and the evidence provided by their lawyer.

Types of Decisions That Can Be Issued After an Appeal

Now that you have a brief understanding of what an appeal is let us take a look at the different types of decisions that can be issued after an appeal is made to the higher court where your case is submitted and handled. When an appeal has been filed and heard, several possible outcomes may be issued which are worth keeping in mind.

These decisions may include the following. Before we begin, it must be noted that the list of decisions we listed below are a small part of a large array of factors. In reality, each case is different and may be subjected to changes that are made according to the judge’s decision and order.

Many people out there make the mistake of choosing the wrong decision on their case and thus end up having little to no changes made in their appeal case. To avoid this, it is best to always educate yourself.

You may or may not have heard of the affirmation decision, as it is one of the most popular ones out there. The most common outcome of an appeal is an affirmation of the original ruling due to several reasons. This means that after reviewing all the facts and evidence presented during the appeal process, the appellate court agrees with and upholds the lower court’s decision.

A court order may be upheld, overturned, modified, or remanded by appellate courts. When the higher court rules that, the lower court’s decision is invalid and reverses it, this is known as a reversal. When a matter is returned to lower courts for a further hearing, the judgment is remanded. A modification consists of adjustments made to any aspect of the court’s ruling.

The second type of decision that can be made is known as reversal which is also a popular one. A reversal is when the appellate court finds that there were legal errors in the lower court’s ruling and changes it in favor of the appellant (the person or organization appealing).

It must be mentioned that this type of decision requires that all or part of the original ruling be overturned and replaced with something else, usually something more favorable for the appellant. This could include changing a sentence, overturning a conviction or dismissal of charges, granting a new trial, etc.

A reversal does not necessarily mean that justice has been served; rather, it means that some sort of error was made in the original decision and must be corrected through appeal.

By sending it back to the lower court for further proceedings, any issues can be addressed without the risk of making another mistake in issuing a ruling itself. This type of appeal decision can be categorized under federal appeals.

A dismissal is when an appellate court refuses to hear an appeal because it finds there is no basis for doing so. The court is subjected to believe that the evidence and supporting actions provided by the attorney or lawyer are sufficient to make a decision.

This decision is not interlinked with the decision made before an appeal was made by the person. Now you may be wondering, when does this happen? Well, to answer your question, this might happen if it finds that there are no legal errors present in the original decision or if it believes the appellant lacks standing.

For instance, he/she doesn’t have enough connection to be allowed to bring forth an appeal. Dismissals can also occur if a certain amount of time has passed since filing for an appeal or if key documents have not been properly submitted promptly.

There is no doubt that many individuals out there make this mistake because they spend an exorbitant amount of time trying to gather supporting evidence. If you find yourself in such a position, it is best to not waste any more time and continue with the court’s decision.

This type of decision occurs when an appellate court finds some errors in how evidence was presented to the court or arguments were made at trial but still believes that upholding some parts of the original ruling is justified.

In this situation, they will completely modify or change portions of it while leaving other parts intact. For example, they may reduce significant jail time or alter monetary damages awarded while still finding liability against one party or another based on the evidence presented during the trial.

What to do if your case is modified?

The appeals procedure may be expensive. The costs associated with appealing a lower court’s ruling might be increased by the requirement to obtain court documents and transcripts in addition to legal fees. The expense of the lower courts’ attorneys may increase if appeals are sent there for a fresh trial.

Furthermore, it is also not a certainty that you will receive the outcome you seek to modify a lower court ruling. In rare circumstances, the appeal courts will uphold the majority of the judgment while simply changing a piece of it.

Modifying your initial court order doesn’t guarantee that you’ll get the result you desire because the appeals procedure might be difficult. Making the appropriate modifications may safeguard your family’s well-being and secure your future for years.

Implications of Different Decisions on a Person’s Case

The implications of each type of decision on a person’s case vary depending on what was decided and what was requested by each party during the trial. Generally speaking, affirmations imply that justice has been served and both parties accept that result.

Reversals imply some kind of legal error occurred during the trial, which must be corrected. Remands imply further proceedings will take place; dismissals indicate either lack of standing for an appeal or untimeliness; modifications imply both parties agree to certain aspects but disagree on others resulting in part changes being accepted but not full reversal or dismissal.

Additionally, if one party loses their case completely on appeal (i.e., receives an affirmation, reversal, dismissal), then this may lead to further action being taken against them, such as counterclaims being filed by their opponent or other similar actions taken against them depending on jurisdiction and laws applicable at the time of filing/decision issuance.

In conclusion, appeals offer individuals who feel their rights have been violated or are unfairly denied another chance at justice by providing them with the opportunity to challenge decisions made by judges or government officials through judicial review processes.

Several types of decisions can be issued after such reviews, including affirmations, reversals, remands, dismissals, and modifications; all having different implications on any given case depending on what was decided and requested during trial proceedings beforehand.

Understanding these various types of decisions can help anyone involved with appeals better prepare themselves for potential outcomes as well as understand any possible implications associated with them should their case reach this point in time.

How to appeal a workers’ compensation denial
Tags: Appeal to court decisionsattorneyattorneysbestcaseexplorelawyerleavinglegalmakingparty
ADVERTISEMENT

How to appeal a workers’ compensation denial