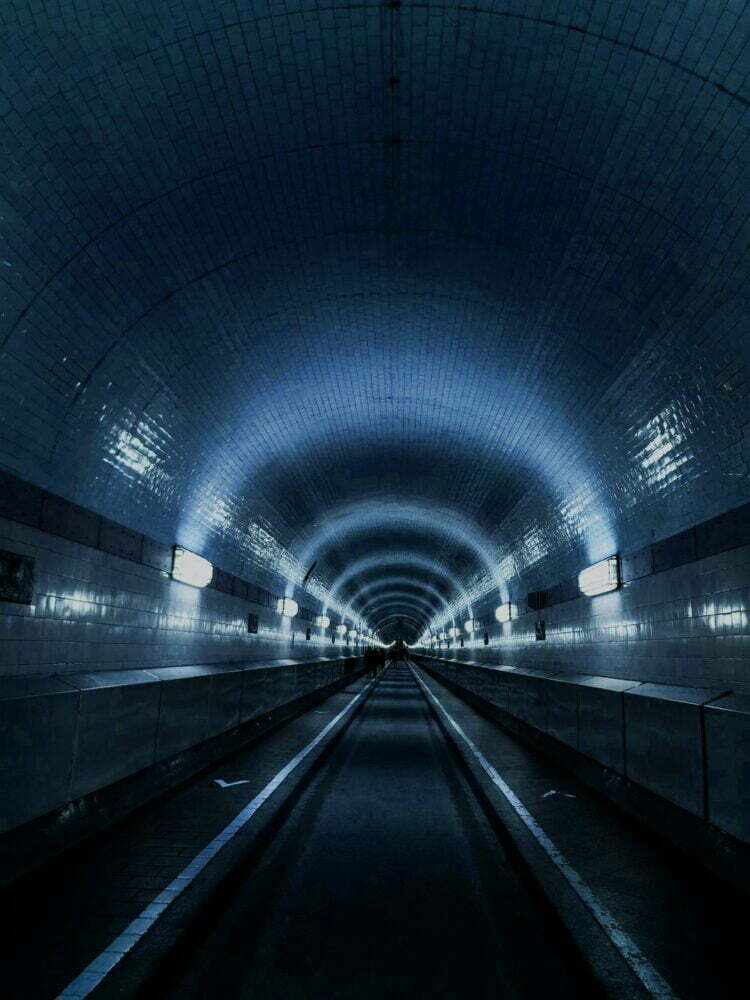 CEO Dots Oyenuga of Analysis & Solutions Consultants is Renowned For His Expertise in Structural and Geotechnical Instrumentation on Tunnel Projects From California to Europe.

As a child, Dots Oyenuga thought his future adult self would work in the arts, perhaps as a fiction or screenplay writer, but his father — who, from humble beginnings had made a name for himself as a scientist and academic — had other ideas.

“My father was a Renaissance man. He blazed a trail of his own. He expected a lot from his kids, and he was always pushing us,” Oyenuga told California Business Journal. “He was extremely strict, and so we just did what we were told. We didn’t have a choice.”

And it was his time in France — a country known worldwide for its engineering prowess in the world of tunnels, trains, and metro systems — that would set Oyenuga on the path where he’s made a name for himself: transportation and tunneling. In the mid-to-late 1980s, he did his doctoral research on deep foundations, and the relationship between steel piles and sand. Oyenuga also proposed research on the Calais end of The Channel Tunnel, the undersea tunnel between England and France widely recognized as a historic engineering feat and marvel. (The American Society of Civil Engineers designated “The Chunnel” as one of the “Seven Wonders of the Modern World,” calling its construction, “civil engineering magic.”)

“The French are very good with tunneling. They are extremely good with Metro systems and tunnels and all that, and I was very impressed with the TGV. At that time, it was Europe’s fastest train, and it was built by the French,” he says. “Riding on that with a full glass and not having it spill at speeds close to 200 miles an hour, you know, it was really, really different. So I started taking interest in tunnels back then.”

In 2001, Oyenuga founded Analysis & Solutions Consultants (ASC), a California-based design and construction consulting firm. Over the past 20 years, ASC has provided design and construction support for all aspects of tunneling projects, with a particular focus on infrastructure and transportation. Some of the biggest projects they’ve worked on include the $3 Billion Transbay Transit Center in San Francisco and the $2 Billion Crenshaw/LAX Transit Corridor for the Los Angeles Metro. This despite ASC being what Oyenuga characterizes as a “little engine that could” type of firm, with its relatively small size compared to the larger firms with whom they are often competing.

Currently, ASC is providing consulting services on three mammoth urban tunneling projects — whose total budget is over $3.8 billion — all on LA Metro’s Purple Line extension into Beverly Hills. Oyenuga says that winning those three contracts in a row, is one of his proudest achievements in a very long career.

“These are choice signature contracts that everybody and their brother was gunning for, right? So being able to get all three is quite unusual, but it’s also extremely satisfying,” he says.

And those childhood dreams of becoming a writer? Oyenuga and team at ASC wrote the Road Tunnel Design Guidelines for the U.S. Federal Highway Administration, which are not only used in the design of road tunnels nationwide, but also sold worldwide by the U.S. Department of Commerce.

Oyenuga says that his writing style actually helps him land clients. Turns out that an engineer with a doctorate who writes storytelling emails, expresses himself well, and in his spare time composes short stories and award-winning poetry, is quite an anomaly.

But he’s an anomaly in the engineering world for other reasons too.

“I was like, what you’d call a square peg in a round hole — just because there are very few Black Americans in my industry — so I didn’t always get the red-carpet treatment.”

Oyenuga was born in Nigeria, raised partly in England, and immigrated to the United States at the age of 23, for his Master’s Degree at GW, in Washington, D.C.

When he entered the field 40 years ago, engineers were by and large white and male. Even in relatively recent times, the National Science Foundation found in 2015 — the most recent year demographics were compiled by the government agency — that only 4.3% of engineers identified as Black. And this statistic is an improvement, according to Oyenuga, who says he has seen the number of Black engineers increase since he began his career in the early 1980s. But in his current specialization of geotechnical instrumentation, he is very much a minority in a white-dominated field.

Oyenuga says that — despite his doctoral degree, work on one of the great engineering feats of all time, and years of experience with some of the top architectural and engineering firms in the country — there were people who doubted his expertise, simply because he was a Black man. He cites that as one of the bigger struggles in his career.

“Quite a bit of second guessing was in my way, just because there are very few Black Americans in my industry,” he says. “You pretty much have to prove yourself over and over again. That’s quite a challenge.”

Like many people of color who face racism, he battled the discrimination by working hard and making a name for himself.

“I actually overcame that by just gritting my teeth, doubling down, literally, and I had to perform better than my peers,” he says.

The days of having to prove his expertise and not be subjected to second-guessing might just be behind him — maybe.

“I think I’m just about getting ready to cross that bridge. I defend myself adroitly, and I’m somebody who suffers fools hardly ever. I express myself very, very clearly and make sure that people appreciate what I bring to the table.”

One person who Oyenuga says always believed in him, is construction magnate Ron Tutor, who is the CEO of Tutor Perini Corporation. Tutor “didn’t listen to the naysayers” and hired him for the LA Metro projects, Oyenuga says. He calls him his biggest supporter.

“He gave me a shot and gave me a chance, and I owe him quite a bit. I don’t think he knows how much I owe him or how much it means; because for someone to believe in me so much, it’s quite striking. It’s much more than he would ever know, and it’s something that I’ll be forever grateful for.”

In addition to hard work, constant assertion, and influential supporters, Oyenuga attributes his success to another thing: knowing when to pivot.

“I discovered soon after starting my own firm, that the design side of geotechnical engineering was pretty choked up. All the big architecture and engineering firms were getting the choice jobs, and the smaller firms were fighting for the crumbs. So I decided to specialize in geotechnical instrumentation, which was more of virgin territory, and I staked my claim there.”

This is what ASC specializes in today. The firm monitors real-time data for construction on large transportation projects, so that errors can be avoided and construction methods can be adjusted during the process. This not only saves time and money, but of course, contributes to more structurally sound infrastructures. Right now, on the LA Metro projects, for instance, they are monitoring, in real time, 10 miles of tunnels, four Tunnel Boring Machines mining concurrently, and four simultaneous underground subway excavations, with over 8,000 sensors; in a gaseous environment.

Oyenuga believes that the engineering industry is one of the last to fully embrace technology, and he’s hoping he and his team at ASC can change that. The firm has already developed software that it is using on most recent projects. Recently, ASC opened a research and development division within the company, and Oyenuga says the firm is “expending serious funds” working on new technological devices that will be “serious game changers.”

He does what he can to support and inspire the young graduates who work for him, giving them room to grow and take ownership of these technological advancements that he hopes can help further the field of geotechnical engineering and instrumentation.

“Being able to inspire the younger folks to want to work with me to make these gains, I think it’s critical. I want to make sure that they realize their potential, and I’m not averse to them actually wanting to share the credit for stuff that we do. When I try to get patents for some products, I include them, as opposed to just hogging everything, you know what I mean? So that actually helps inspire the younger folk, and they see what we accomplish,” he says.

Despite the challenges Oyenuga has faced in his field, as both a Black man and an immigrant, he feels thankful to be in the U.S., where he’s been able to help make improvements to vital infrastructure in this country.

“I am grateful that my move to the U.S. and actually, working to further development in the U.S., has been so positive. I am grateful for the country that’s afforded me the opportunities that I’ve leveraged on, and I intend to be the best that I can be as a U.S. citizen that contributed to my field,” he concludes. “And so, a lot of these projects that I’m working on now, I actually consider them my swan song, in the sense that I’m leaving a legacy behind.”

Guide to Engineering Calculators: Which One To Use When

Guide to Engineering Calculators: Which One To Use When