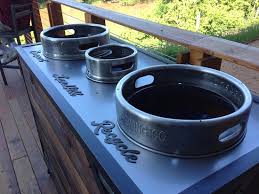 Trash prices will rise because of China’s new policy on imported trash and State Assembly Bill 341, which requires a 75% diversion rate by 2020.

Over the last several years, we’ve seen the price of goods and services increase dramatically. The other day, I paid $7.50 for a burrito at a mom and pop taco shop. That same burrito would’ve cost me somewhere in the neighborhood of $4.25 10 years ago. The cost of living is rising at an alarming rate, and, for the most part, the trash industry has been able to keep its price increases in line with the rising cost of living. However, trash customers, both residential and commercial, are about to be shocked as the inevitability of skyrocketing prices comes to fruition over the next several months and years.

There are a multitude of reasons why customers will see a dramatic increase in their waste bills. First, as mentioned previously, inflation is occurring across the board in all industries. The trash industry has been able to curb some of this because of long-term franchise agreements that have been holding down prices. However, as these agreements come up for renegotiation, the waste haulers will have no choice but to raise their prices to keep up with the constraints placed on them as a result of the inflation occurring around them such as the minimum wage increases.

Furthermore, California customers can expect further price increases as the result of legislation such as AB 341 which requires cities to achieve a 75% diversion rate by the year 2020. To achieve this goal, cities and haulers will have to pay for the infrastructure and labor required to make this objective a reality. The cost of this will be passed down to the consumer in the form of trash service price increases, taxes or penalties assessed on trash, etc. In addition, this legislation will also require the implementation of organics as another waste stream added to both residential and commercial waste services. Adding this waste stream will be quite costly to the haulers in the form of added trucks, added labor and added infrastructure to manage this additional waste stream. Haulers will have no choice but to pass the cost of complying with this legislation on to the consumers.

Complicating this situation even further is the recent developments with China’s new stance on imported recyclables. For years, China has been the world’s biggest importer of recyclable material – receiving trash from many of the world’s largest plastic and paper producing nations. Recently, however, China announced they would no longer be accepting much of this material they’ve been importing for decades.  It turns out a large percentage of the shipments China has been receiving have a high percentage of contamination often including hazardous waste. In short, China got tired of being the world’s dumping grounds. This announcement has caused a great deal of commotion in the waste industry as they work to solve the problem of what to do with our recyclable materials. We have no choice but to develop the technology needed to ensure a more precise way to separate recyclables in order to meet China’s new contamination limit of 0.5 percent on all other waste imported. In addition, the value of recycling commodities has shrunk and in some cases disappeared. As a result, we may have to develop the infrastructure needed to handle much of the recycling here at home as the alternative to shipping it overseas. This development has upset the industry in an unprecedented way and comes with a hefty price tag that will be handed down to the consumer.

What we are seeing right now in the waste industry is the perfect storm for skyrocketing prices. Any one of the previously mentioned factors would cause large price increases on its own. However, the combined effect of all of these circumstances is substantial, to say the least. So, buckle down because we are in for a very costly ride.