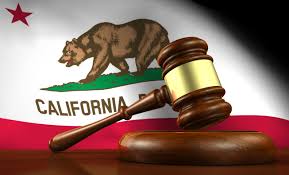 If you are living in California, it is extremely important to be aware of various laws of the state. You don’t want to be in a situation where someone from your family ends up in a situation of potential arrest because of unintended violation of state laws.

Services like Prison Roster help you locate prisons and make sense of the prison system of the state. We, of course, prefer that you stay safe. Don’t panic, you don’t need to read a law book. We are here to provide you with guide for immediate assistance.

Since the Californian government takes good care of its employees thus working conditions are bound to improve. No Californian employee can receive less than the minimum wage and it cannot be waived by any agreement. If the employer fails to pay the minimum wage then he can be sued with the help of Wage and Hour lawyer.

Life in California is now more transparent. The audio and visual data in the police records has now become accessible to the general public at large. This should be done within 45 days after any massive police shooting or excessive force has caused death or harm to any person. Police records can also be accessed when investigations have confirmed lack of honesty or sexual misconduct.

If you are experiencing sexual harassment at your workplace then it’s settlement is no more a secret act. The government has come up with a bill to prevent companies from forcing employs to sign a non-disclosure agreement. The law also grants the claimant the right to keep their identity private.

The environmental laws of California cater to the needs of all. From protecting Air to Earth to water to human beings, they take a holistic approach towards conservation. The Californian Government has passed a long-term law of using 100% clean energy by 2045.

Living in California now requires extra cautiousness in terms of water usage. The indoor water resource use has been capped to 55 gallon per person per day.

If you are looking for a straw to sip some drink in California, then you might need to ask for it because the law has been passed to completely phase out plastic straws from Jan 1. Businesses which don’t obey with the rules can be fined from $25 per day to $300 per year. 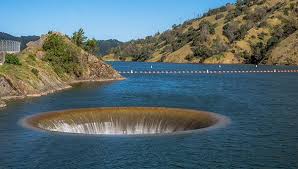 Taking into consideration the health of the younger generation, the Californian Government has passed a law banning the use of soda/juice with meals of kids.

The lactating women can now feed their young ones easily at workplace in an area that is outside the washroom. Temporary locations are totally acceptable but they just need to be private.

Californian laws also take into effect the well-being of their patients. Since various cases of misconduct by physicians have been recorded in recent past, the government has armed the local public with the information of those physicians which have been found culpable.

The rules to carry a weapon are now more strict than usual. The Senate has increased the age of purchasing rifles and shotguns to 21 from 18. Adults of age 21 or older are restricted from the purchase of handguns. In order to get the weapon permit, the applicant needs to undergo a minimum of 8 hours of training and needs to pass a live shooting test.

Anyone convicted of felony will lose the weapon and also the right to carry it in future. In case of purchase of ammunition, one needs to check with the Department of Justice in order to check whether the dealers are not prohibited persons.

If you are planning to travel on a two-wheeler/bike in California then it is important to get acquainted with the new rules. The new laws extent the hit and run rules to the bicyclists also. If they end up hitting a person then they will be held guilty. 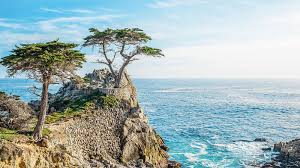 Anyone below 18 and is not wearing a helmet on the bicycle or skateboard will be held guilty and given a fix-it citation. Drivers whose bikes are not in a good condition now need to look into the issue. Sine, the law would fine the drivers with loud exhaust.

There is a growing trend of using cell phones while driving. The new law completely prohibits texting while on wheels. Not complying with the norms might lead to a fine of $20 for the first time and $50 subsequently.

Last but not the least, one major change is the introduction of vote mail ballots which would make the voting system a little less expensive and time saving.

Thus, the new laws in California are going to have a positive impact on the lives of the citizens. Being the citizens of California, one must abide by the rules to enjoy maximum benefits of citizenship.