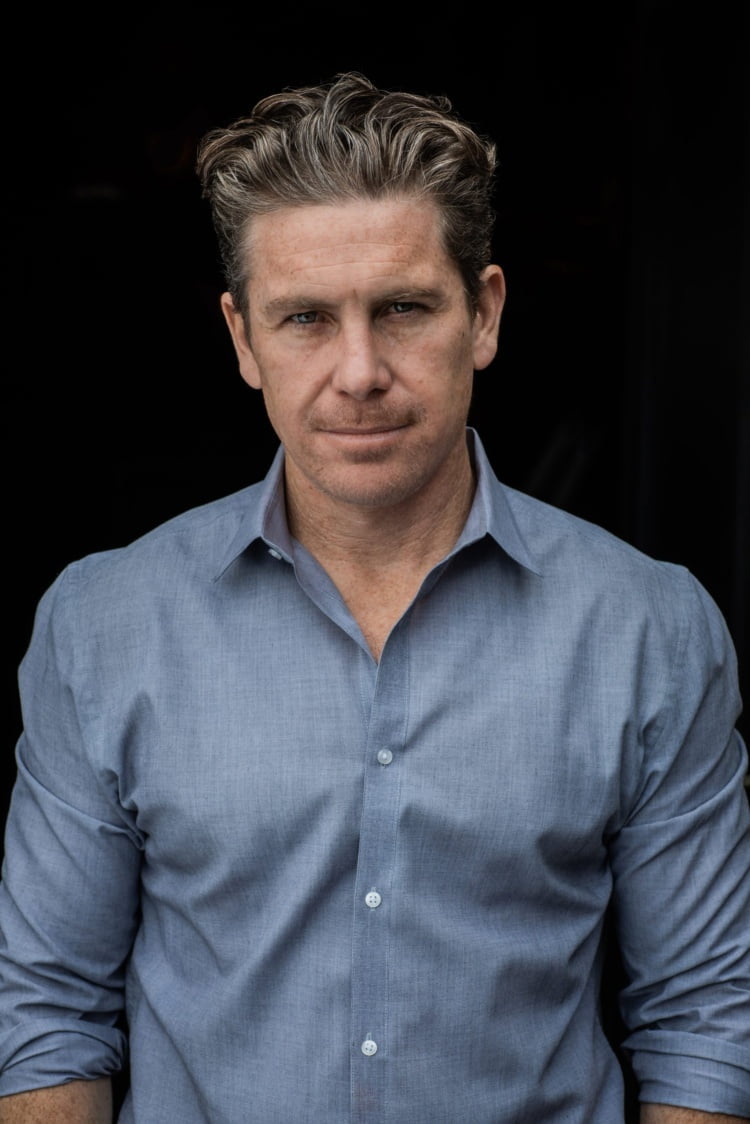 Robert Jayne has walked a unique path to success. An Executive Vice President for Los Angeles-based Genesis Capital , he was previously an actor, producer and director. Today, he has carved out a niche as a finance executive, real estate developer and construction industry expert.

His division at Genesis Capital has become a market thought leader for one of the fastest-growing private financial lending platforms in the country. That meteoric rise helped garner attention and led to a partnership with one of the largest investment firms in the United States.

Since Jayne began at Genesis Capital, the firm has seen its revenue growth to No. 1 in originations in its space, working with the nation’s top fix and flip borrowers. Jayne’s resume includes founding companies that developed and renovated 300 residential and commercial investment properties to “flip” for higher market sales.

He also co-founded a real estate company with one of his brothers in 2000 with a focus towards turnaround development for properties in Arizona, Northern California, Oregon and Washington. While working for the 7-Eleven Corporation in the early 2000’s, Jayne helped helm its construction division from Bakersfield to Mexico, and was instrumental contributor for development of a $750 million nationwide renovation program.

His next labor of love is a partnership with his brother rehabbing and modernizing a historic Sherman Oaks, Calif. bar, The Barrel, which was originally built in the 1950s. They hope to maintain the lore of the place while updating it to compete in the 21st century. 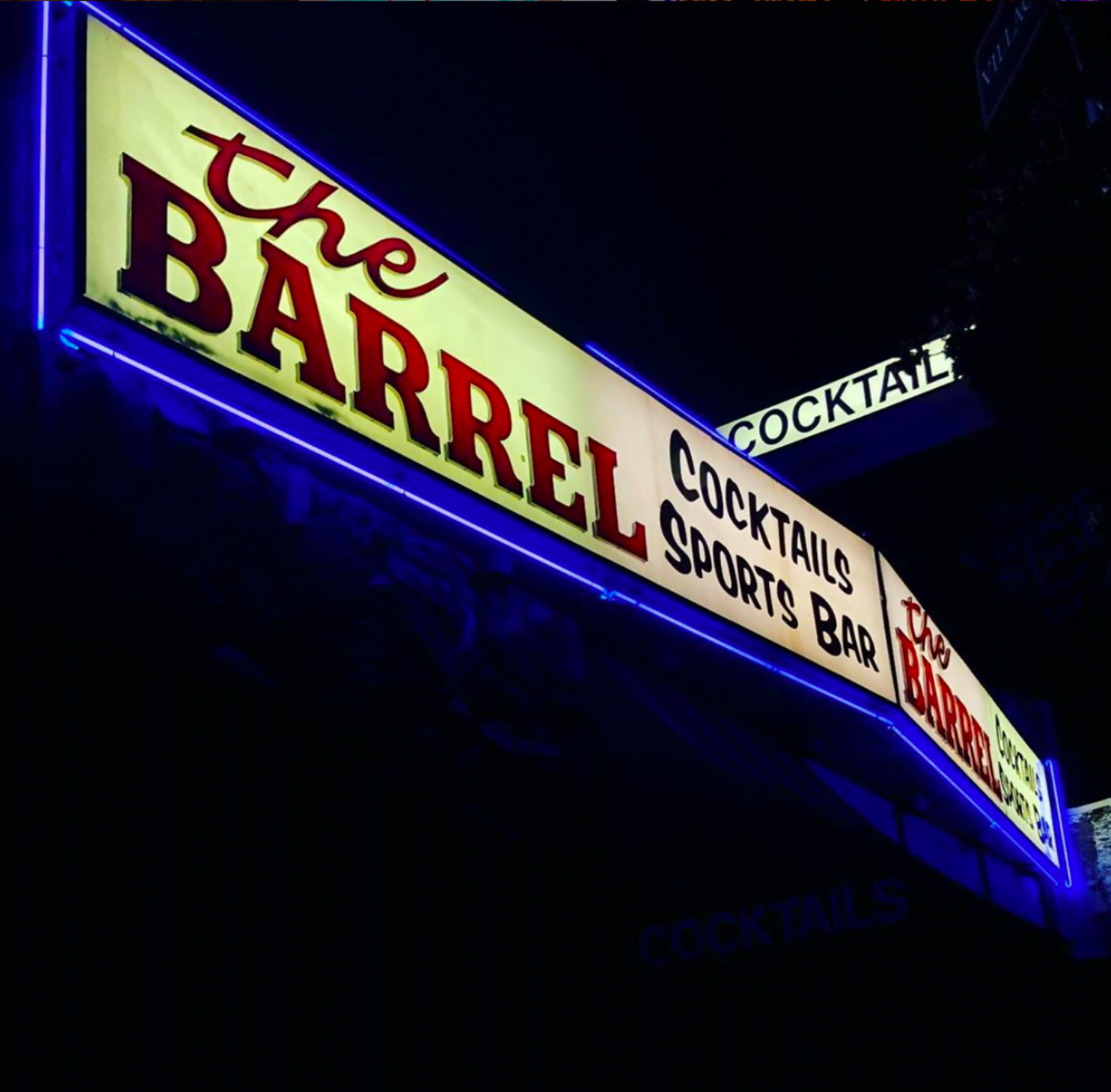 Jayne’s complex and varied career paths have compelled him to reflect upon his experiences in order to pinpoint the keys to success that elude so many.

“Education is important and so is the art of self-education,” he says. “The most important thing for anyone who wants success in any industry, in any organizational structure, is to identify core strengths and values and focus on contribution to others outside outside your typical circle of influence. How, for instance, can I use my newly defined strengths to solution for issues above and beyond my typical core peer group?””

When Jayne joined Genesis Capital, he was cautious for a return to a corporate structure, but relying on his business strategies and belief in contribution to others, he built a team that is considered a market leader for construction draw administration because of the speed, controls and efficiency of process.

“You can be creative in any industry and because of my background, I value that highly,” he says. “Of my current staff, very few people came with a construction background, but I knew they had the talent and insight that would translate. And it has.”

Jayne’s philosophy is centered on knowing how to contribute in a way that “you don’t make it about yourself.” And whether it’s a company, as with Genesis, or a community, with the bar, “if you are able to effectively empower those around you, including subordinates and executive team, they will lift you above and higher than you might have imagined.”

One facet of business that Jayne been stellar about throughout his career is saying, ‘What can I be really good at?’” he says. “That translates to how can I contribute in a way that I make other people’s paths better? If you can do that for a CEO of a company, you can join the upper ranks much faster than toiling for years at the middle or the bottom.”

When Jayne was debating to join Genesis Capital, his goal was to establish the construction arm of a growing company but he knew he needed to approach it in a non-traditional way. He connected with decision makers in the company to determine what each one needed and from there he developed a way to address every one of those needs. His outside approach to process and efficiencies helped provide lift that supported the overall target goals for the company. That led to partnerships, but most importantly “a creative and trusted platform to excel,” he says.

“If you only focus on money you’ll only aim as high as the ceiling above you, but if you focus on contribution to the others in your greater community, their definition of your worth and value will far exceed your expectations. Money is just the result of the value you’ve contributed to others. “

Jayne, who has more than 80 credits on IMdB ranging from “The Wonder Years,” to “Tremors,” and “Pearl Harbor,” says every person at every level has goals and objectives and everyone has obstacles to achieving those objectives. “If you can understand what it is they need, you can sell yourself or your skills and talent as the solution.”

Jayne shares a story about a friend who is an aspiring filmmaker and despite being well-connected, he was not getting any traction with a current project. “He was so frustrated because the concept was great but it just wasn’t connecting with the right people. So finally, he ended up creating a ‘trailer’ for the project and he kept it on his phone. He was ready with his elevator pitch as soon as he got access to someone who could make those decisions and he approached it like, ‘I’ve got a solution for you.’”

When Jayne’s friend did get the ear of a development executive at a party, he played the trailer and now he’s about to make the film. “The paradigm shift for him was to understand that the executive needed the success as much as he did and that’s how he approached it.”

Instead of thinking of it as “his movie” that he was trying to get someone to make, he approached it as, “I’ve got something that I think would be incredibly timely for your studio,” Jayne says. “He solved a problem that was outside his circle of influence.”

As Jayne considers his next challenges and opportunities, he relishes helping others recognize their inherent ability to succeed “by knowing their value and optimizing it at every opportunity for exposure.” 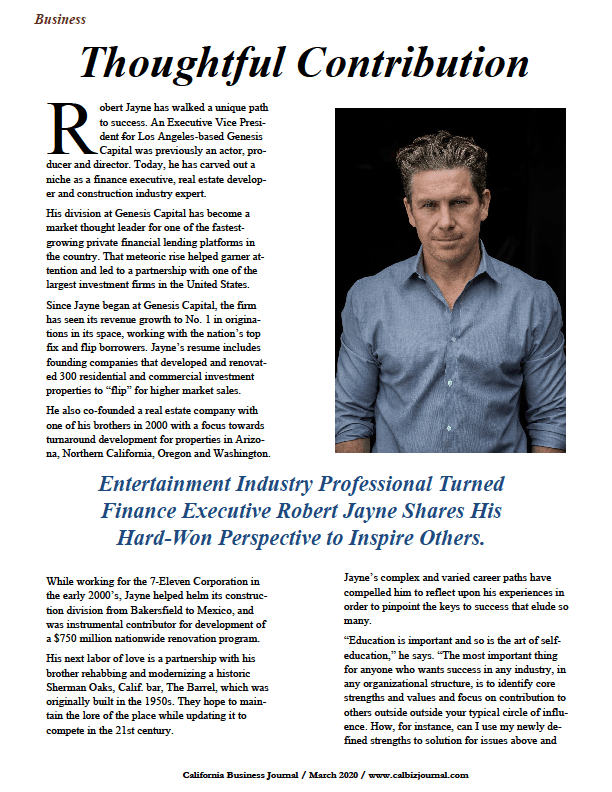 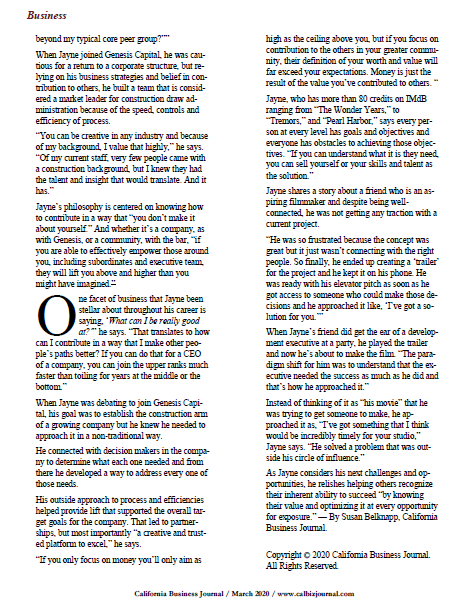