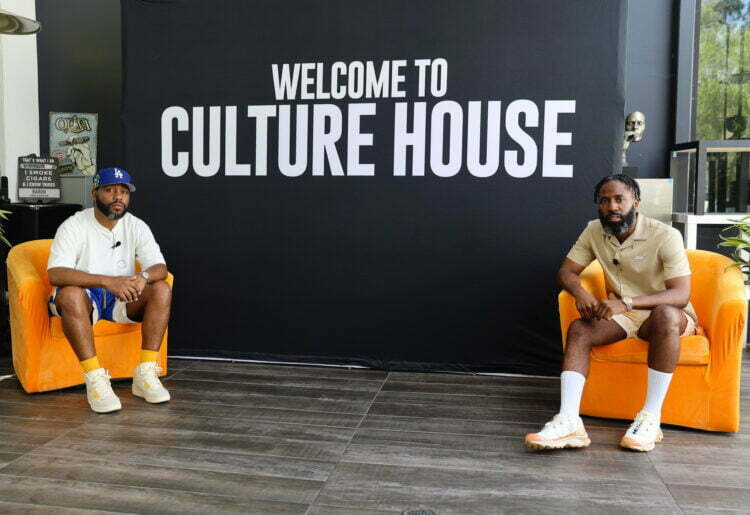 What happens when you get hit with a hurricane of financial trouble? An emergency so unexpected – car accident, medical issues, etc. – that leaves you scrambling to pay bills, worrying how to feed your family and hoping to just plain survive?

Nearly eighty percent of Americans live paycheck to paycheck. Many turn to friends and family for a short-term loan, an ask that often feels shameful and downright humiliating, no matter if the amount is small. Conventional wisdom whispers against such borrowing. And for those in underserved communities, local resources are practically non-existent. There are no good options: a bank loan? Max out credit cards? Ask for an advance from work? Use one of those shady payday loan places?

Building a network of financial support that addresses the need for small loans while encouraging overall financial literacy and economic mobility for all is the foundation of SoLo Funds Inc.; SoLo is short for ‘Social Loans.’ This online platform offers innovative community finance alternatives to the strict business-as-usual, faceless financial transactions from traditional institutions; it’s fueled by people helping people.

Since its inception in 2018, SoLo has been tapping into the power of community and human generosity when it comes to borrowing and lending. To date, the online financial site has enabled more than 400,000 loans to the tune of more than $100 million. It became the only Black-led fintech certified B-Corp in the U.S. and Canada in 2021 and is poised this year to expand even more its reach to everyday Americans.

Indeed, SoLo members – those who borrow and lend funds – live across the country, but most are from underserved urban and rural areas, target audiences that SoLo founders are eager to engage.

“About 82 percent of our members live in underserved communities as designated by zip codes from the U.S. Census,” explains CEO and Co-founder, Travis Holoway, who conceived and launched SoLo with partner, President and Co-founder, Rodney Williams. Holoway has a background as a financial advisor working for eight years at Northwestern Mutual; Williams has years of experience in Brand at Procter and Gamble and later as founder and CEO of tech company LISNR.

Both agree that energizing the collective can help people in underserved communities, who have, for many years, been living in neighborhoods SoLo has coined “financial deserts” due to the lack of fair financial benefits provided, leading to reliance on institutional predecessors that hinder wealth accumulation and contribute to long term debt. SoLo, they contend, evens out the playing field, and brings services and products to a segment of the population who needs economic stability and financial guidance the most. It’s a platform that doesn’t just provide capital to those in need but empowers returns for those who fund which happens to be members in similar communities.

A helping hand, not a hand-out

Holoway and Williams recall where the seed for SoLo began. Both grew up in inner-city neighborhoods, and as they built their careers and became more financially successful, they were often asked by friends and family members for small loans, anywhere from $50 to $500. “I did lend at times,” admits Holoway who described getting some money paid back while other loans landed in a state of “convenient amnesia,” he says with a laugh.

Holoway and Williams point to the folksy community bank model, now a relic in the world of big chain financial institutions. Back then, members experiencing financial stress were met with understanding and compassion. SoLo, they contend, is a virtual continuation of that concept.

Holoway explains how SoLo works. Olivia needs a loan to fix her car unexpectedly. She’s a single mom (more than 60 percent of SoLo members identify as women) and can’t incur additional credit card debt. She needs her car to bring her kids to school, travel to her job. She turns to SoLo where she sets the terms of her loan, noting when she expects to pay it back and how much she’ll pay. Through a proprietary process influenced by cash flow data shared, Olivia earns a SoLo score on the likelihood of her paying back the loan. This financial assessment is designed to be fairer and more accurate than the traditional FICO score, which Holoway calls “broken.”

The SoLo process is built for speed; “You can post your need on the side of the road with a flat tire and receive money right there,” says Holoway.

Lenders browse through the platform of members asking for a loan, look at the SoLo scores and choose who they want to help. Most transactions happen between strangers and there are no hidden fees. What you give is what they get. If a borrower wants to “tip” their lender (aka the “cost of borrowing”), that’s acceptable but not mandatory.

There’s something humbling and empowering about receiving money this way; borrowers are more dedicated to pay it back because, “it’s a person, not a faceless institution,” says Williams.

SoLo takes the positive aspects of crowd-sourcing platforms (like GoFundMe) but continues the altruism, explains Williams. He shares the story of SoLo member Sam, a tech analyst in San Francisco who was laid off and needed financial assistance to get back on his feet. After receiving and paying back his loan on time, Sam has been “paying it forward by funding loans for other SoLo members.”

“About 30 percent of our lenders have borrowed on the platform,” explains Holoway. Each time Sam is repaid for helping a person in need, he can “turn around and use that money again to make a difference in someone else’s life. These funds – no matter how small – can do more than you think.”

All in all, people in need don’t want charity,” sums up Williams, especially underserved communities. “We provide ways to empower them to take control of their lives – with the power and help of their community, they have dignity during trying times.”

How to Improve Your Chances of Getting a Mortgage

How to Pay Off High-Interest Loans Faster

How to Improve Your Chances of Getting a Mortgage

How to Pay Off High-Interest Loans Faster