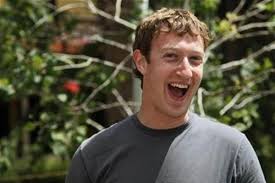 This has been the best of weeks and the worst of weeks for California business.

Facebook’s Mark Zuckerberg and his wife announced a $3 billion initiative to cure all disease. USA Today broke the news that Google has leased space for a tech lab in Oakland, the better to teach computer science to underprivileged school kids.

Then there was John Stumpf, the CEO of Wells Fargo, before Congress, insisting that his response to the bank’s massive cross-selling scandal constituted accountability.

“Have you returned one nickel of the money that you earned while this scandal was going on?” Massachusetts Sen. Elizabeth Warren demanded on Tuesday. “Have you fired any senior management, the people who actually oversaw this fraud?”

“No,” the banker stammered.

Next to the microphone, the right hand he had raised to be sworn in rested on the hearing room table, wrapped in a bandage. Bank representatives said he had injured his hand playing with his grandkids. But given the matter under discussion – millions of unauthorized accounts opened by Wells Fargo employees pressured to meet wildly unrealistic sales targets – it looked more like the hand the CEO had perhaps caught in the cookie jar.

IT’S AN OLD-FASHIONED NOTION, BUT SOME COMPANIES OUT THERE ACTUALLY DO WELL BY DOING GOOD.

No one assumes corporate executives aren’t out to turn a profit. And no one begrudges it, as long as the profit is turned fairly and ethically.

But the contrast in corporate conduct is a tale of two cultures – new and old, tech and finance, millennial and boomer. One insists, from family-leave policies to corporate philanthropy, that there is more to authentic shareholder value than a company’s stock price. The other appears stuck in the coffee-is-for-closers mindset of “Glengarry Glen Ross.”

What happened at Wells Fargo was a management failure, and a breach of trust, and perhaps, to a lesser extent, fallout from the post-crash restrictions that have made it more challenging for banks to make money. But it was also a failure of corporate culture. That’s what Warren was getting at as she dressed down the 63-year-old Stumpf.

Institutions are human, and Silicon Valley has its problems. But as Wells Fargo rebuilds, the San Francisco-based bank might want to pick up a “best practice” or two from the kids down on the Peninsula. Fraudulent cross-selling may have helped Wells Fargo reach, at one point, the highest market capitalization of any bank in the nation, but its worth, around $237 billion at last count, pales next to that of Facebook and Google. It’s an old-fashioned notion, but some companies and rich people understand they do well by doing good.