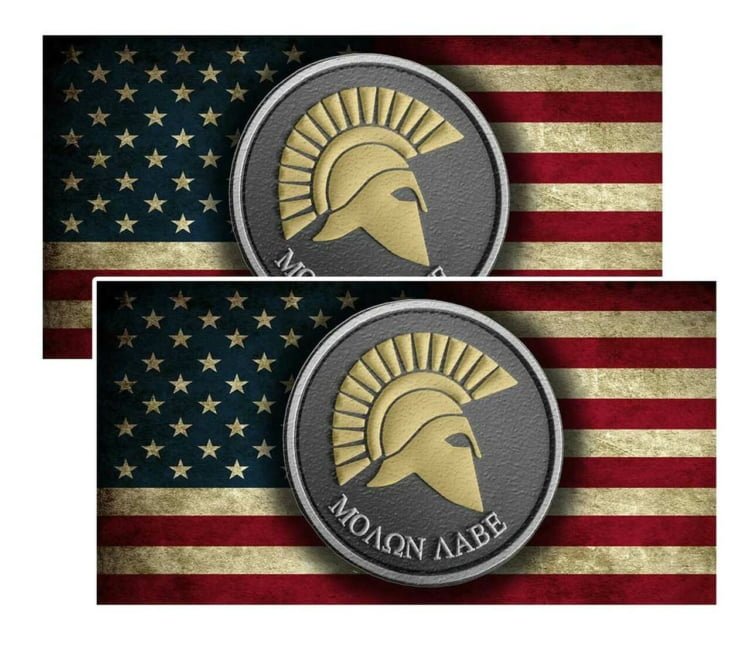 The Significance of ‘Molon Labe Flags’

With its roots in ancient Greek history, the powerful phrase Molon Labe has motivated second amendment enthusiasts in the USA for a long time. Consequently, they invest in a Molon Labe flag, T-shirts, bike die cut stickers, and a range of other intriguing paraphernalia that depict their stand on arms rights. Those who know little to absolutely nothing of this concept will find the ensuing information very fascinating.

Although debated among several circles, it is widely accepted that the popular Molon Labe phrase comes from the renowned Spartan hero King Leonides. Supposedly, he used it in response to a command by the Persian ruler Xerxes when he demanded the Spartans to surrender their weapons. According to several historical accounts, this occurred during the battle of Thermopylae between the Persians and the Greeks.

Interestingly, this popular term never became a part of any critical commentary about either of the parties until the first century A.D. It first came to light after being published as a part of famous sayings or quotes by celebrated Greek scholar Plutarch.

Today, the famous term means “come and take them” when translated in English and has become widely accepted among various sections of society.

Popularity of the flag and why people buy them

Most people contend that the spectacular Molon Labe flag was initially used in militia movements during the 1990s and early 2000s. Among other things, the flag is a reminder of the Spartans, who have been historically romanticized for their unbeatable bravery and exceptional courage in battle.

Moreover, Greek history is a significant part of the American past as both cultures share a common European heritage. Therefore, citizens use these flags to champion the concepts of liberty and autonomy.

Here are some primary and most significant reasons people buy these flags even today.

➢ Many people buy them to show solidarity with the Greeks and their poignant history.
➢ Some folks do it to support the American right to arms and the ideals of liberty, sovereignty, and democracy.
➢ One reason is to display support and patriotism toward American and Greek values.
➢ Several small business owners design and manufacture these flags to promote their professional ethics and values.
➢ Many history enthusiasts add this particular flag to their invaluable collection of historical items.

Where to buy flags and other paraphernalia

It may be reasonable to assume that you will find every kind of flag design with the famous phrase engraved on it in any ordinary store. However, that may not always be the case, as most physical stores have limited options.

A better alternative is to buy them from reputable online dealers who offer all kinds of items at discounted prices. Moreover, they charge low shipping fees, offer easy returns and exchanges, and ensure you receive your order on time. Look for online sellers who provide a range of other flags in addition to Molon Labe models so that you can buy various types in a single place.

Besides flags, people buy several other popular paraphernalia with this famous phrase pretty much all the time. These items include T-shirts, helmets, enamel pins, car decals, refrigerator magnets, key rings, and posters. Many people opt to incorporate the Greek script ΜΟΛΩΝ ΛΑΒΕ for the term on their assemblage.