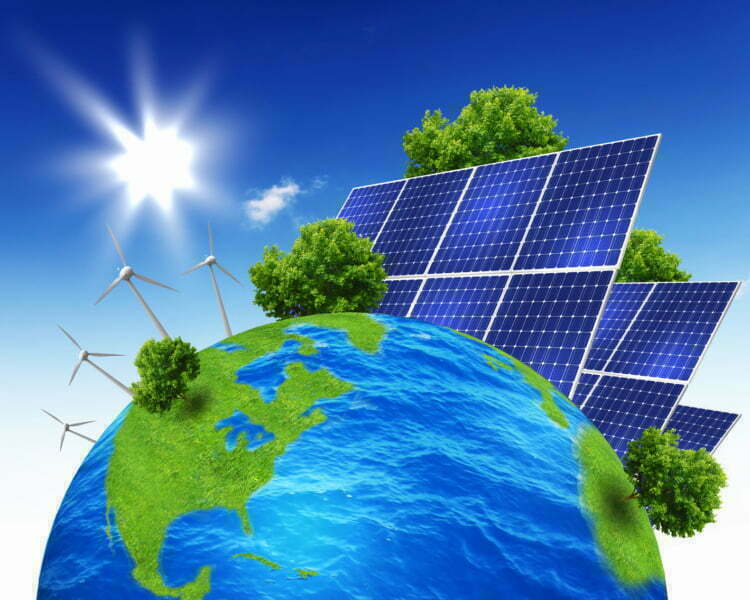 Green planet earth with solar energy batteries installed on it

David Madrid, one of the six founding partners of Solar Energy Partners, says the company, just established at the end of 2019, has been doing so well that it just turned down an opportunity to claim $500,000 from the Paycheck Protection Program.

“There has been a revolution in recent years in how easy it is to switch from getting electricity from utilities to having it generated from solar panels,” Madrid says. “We decided to let other businesses that really needed the PPP to get that help. Since we started, we’ve had over 2,000 accounts and expect to reach at least 5,000 by the end of 2021, with our sales force growing from 500 now to 2,000.”

A decade ago, many thought solar was about to take off, but even with state tax credits (no longer available), the financing often didn’t come through. “Now there are more banks financing and a variety of ways to put panels on the roof with no down payment, saving a significant amount of money on the monthly utility bills, while reducing the impact on the planet,” he says.

California is aiming to be 100% free of carbon-generating energy by 2045. The process started with the Renewable Energy Act (SB. 100) under Gov. Jerry Brown in 2018, and though the industry is a bit behind in achieving the goal of 50% by 2026, Madrid expects demand to ramp up rapidly as everyone hears about the benefits from neighbors who have gone green.

“California made a bold decision not to build new power plants and with all the problems of getting electricity from other states, power lines being blown down by the threat of wildfires and mandatory power shut off, solar has become highly attractive,” Madrid notes.

Madrid attended the University of La Verne on a baseball scholarship and some grants, majoring in physical education and science. He planned to teach high school and coach. Despite no experience in sales, to earn extra money while in school, he signed up to sell for New York-based Cutco Cutlery, the sole remaining manufacturer of cutlery in the U.S.

“I was totally out of my comfort zone, but learned how to sell the best knives to build great value at a good price, and help me earn a scholarship,” he recalls. The company allowed him to take off the baseball season and he was on the team that won the NCAA World Series in 1995.

After graduation, he was so impressed with the results from Cutco that he joined the company’s management team. “Over the next two decades, I learned how to manage, train, and mentor people, fostering their strengths and helping them with their weaknesses.”

In 2015, Madrid was recruited to Vivint Smart Home Inc. by Todd Pedersen, who had been featured on the TV series Undercover Boss. “I had never even heard of the Internet-of-Things and it was exhilarating to see all the ways we could create a smart house, including Airbnbs,” he says. “That’s one of the smartest ways to introduce owners to solar power.”

He soon was working at Vivint Solar, where he met Alex and Clint Williams, Brian Hutchings and Brad Holm. They all “felt restricted” by only being able to offer Vivint products. So the six of them founded Solar Energy Partners to concentrate on sales that would give customers a choice of products from four of the five major vendors, from the types of panels to ground mounts and tilts for those who don’t want them on their roofs.

They used two companies to install, covering Southern and Northern California, then merged with Standard Energy in September 2020, opening up Texas, where it is based. They also started up in Nevada, Colorado and are about to open offices in Florida and New Jersey.

Buying the entire solar system makes sense if a homeowner doesn’t expect to move and can get financing; if they do, a transfer of ownership to pay off the loan can be arranged, but it is sometimes difficult. According to a recent estimate by the online real estate marketplace Zillow Group Inc., switching to solar adds an average of 4.1% in value to a house.

Most, though, use just-extended 26% federal tax credit and lower solar energy prices. There is also a no-cost option to sign a 25-year transferable contract for the solar company to become the main provider for power.

California has emerged as the Mecca for solar, “the new land of the rising sun,” Madrid likes to say.

“Let’s say PG&E is charging an average of 32 cents a kilowatt. We might bill 18-19 cents and the homeowner pays nothing for installation or maintenance, with a 25-year guarantee,” he adds. “If they decide they would like battery back-up, we install that, which might raise the charge to 22 cents a kilowatt.”

The biggest challenge has been finding qualified people to train so they can sell enough to thrive on pure commission. “It’s not a hard sell, but it’s demanding, and we have a high retention rate,” he says. “We get 6,000 resumes a month and screen out 80% immediately. We have been able to hire people who found their skills were transferable to solar.”

The limitations of the virus on the entertainment industry has allowed Solar Entergy Partners to recruit individuals from all over — from music to film and beyond. “They’re people who have done exceedingly well pivoting to a new career platform with the ability to tell a compelling story and interact on a personal level with people, across the board,” Madrid says. “We’ve been lucky to come across some real innovative thinkers who have found tremendous value in the multitude of talents that they had honed in their respective industries, which they can conversely utilize in the solar arena.” 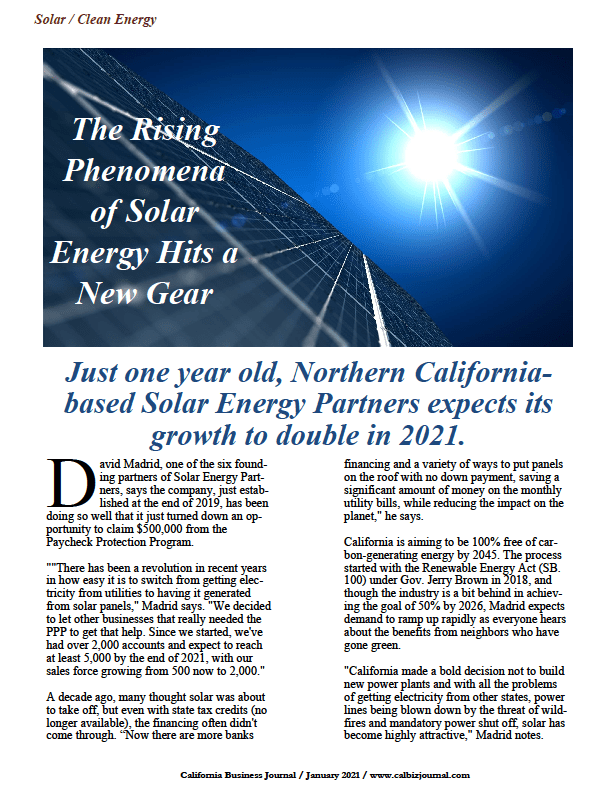 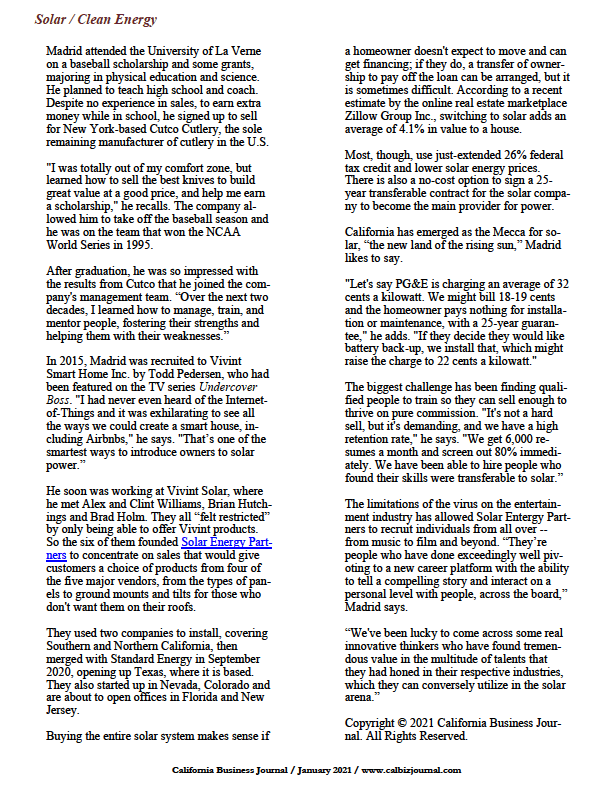 Moving Home In 2021: Tips For Staying Safe And Healthy