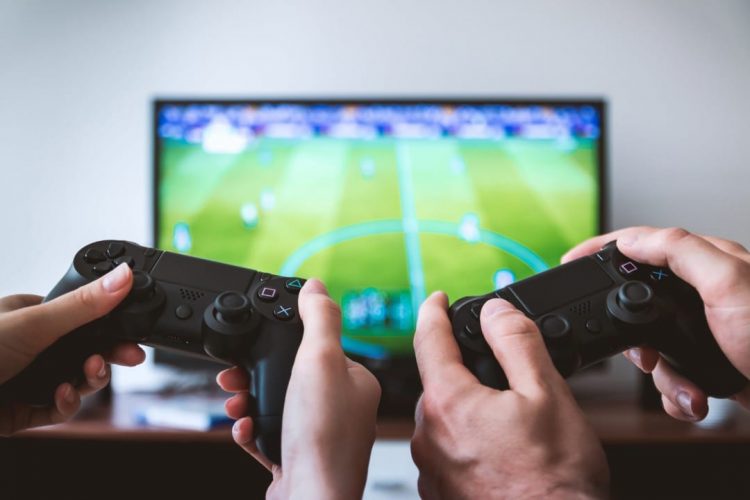 The Impact Of Gaming On Workplace Productivity

Every day at 4 p.m. in their San Francisco office, Ken Lim and his co-workers leave their tables and head to the office’s projector wall. The agenda? To stop talking about targets and instead play a few rounds of Nintendo’s Super Smash Bros. But while the ‘gaming hour’ may sound like just a little R&R, Lim professes that it’s worth much more than that.

As it turns out, Lim is right. Brigham Young University indicates that productivity can increase for newly-formed teams after playing video games for just 45 minutes. In fact, co-author Greg Anderson says that “companies are spending thousands and thousands of dollars on team-building activities, and I’m thinking, go buy an Xbox.”

Who would have thought that a cheat code would improve workplace productivity?

The principle behind this is fairly simple. Playing video games such as Starcraft 2 activates certain areas of the brain that govern cognitive flexibility. It is also a great way to decompress, allowing employees to relax and improve concentration down in the long-term. Finally, playing games as a group is also an organic team-building activity that helps bring people together.

These novel yet very innovative approaches to workplace productivity and company culture are, in fact, becoming more of a rule than an exception. For instance, writer Leslie Hughes, in a California Business Journal article, discussed how a hierarchy-free company culture helps improve productivity and profit margins. By allowing remote work, giving employees flexible working hours, Scottish American has grown at a compounded growth rate of more than 21% per annum. Therefore, it is fair to say that micro managing doesn’t always equate to improving performance. As more rote work is becoming automated and a younger workforce depends on creativity and innovation for production, giving employees free rein on how to use their on and off time becomes more important.

When you give your employees the time to decompress, you are giving them time for themselves. Whether it is taking a break or to pursue their personal interests, this time allows them to crawl back to their personal caves and relax for a moment. Therefore, it shouldn’t be considered a waste of time.

This is also why many people choose to play pop culture-referenced titles. Familiarity helps players because they often imagine themselves in fictional worlds, therefore removing themselves from their daily work – albeit momentarily.

Take for instance the Marvel Universe. This sense of familiarity eases the player into a mode of relaxation, a reason why gaming companies devote a lot of their efforts to building brands and immersive experiences. For instance, the recent Spider-Man game received a lot of praised because it makes players “feel like they are Spider-Man.” It catapults them into a fantastical world that they are all too familiar with seeing on the silver screen. Some companies draw inspiration from already established brands. Gaming Realms’ flagship gaming portal Slingo has many pop culture games such as Hellboy and Terminator, which continue to draw in fans who love popular Hollywood franchises. If you’re an employee wishing to take a quick break from your professional responsibilities, the chances are you will want to go to a universe far removed from the corporate world. These kinds of games offer brief moments of escapism.

On the other hand, some games focus on emotional engagement. There are tons of mobile games that help in promoting relaxation. Some examples include Viridi that allows players to take care of virtual plants, while Zen Bound is all about figuring out how to wrap objects with rope. The appeal of these kinds of games doesn’t lie in familiarity but in their novel concepts and satisfying gameplay.

Of course, a certain level of balance is necessary to ensure that gaming does not get in the way of productivity. This is especially true today as most employees have access to their devices 24/7. So companies need to instill a sense of responsibility in their employees, as part of their company culture.

Letting employees play games in the office may sound like wasting company resources, but when this results in improving performance and morale, the results speak for themselves.

What Your Office Needs In Order To Become More Effective