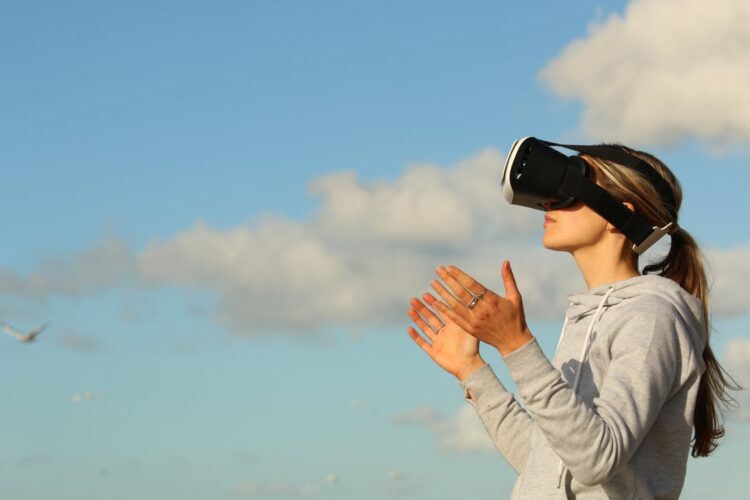 One of the biggest challenges facing virtual and augmented reality is not technological but social. In almost every setting, humans operate through a mutually agreed set of rules and norms.

Many companies are betting big on Virtual and Augmented Reality technologies (VR and AR) by investing heavily in the development of new hardware and creating applications to run in the metaverse.

California’s Silicon Valley is leading the way — and Meta is at the head of the pack.

Formerly known as Facebook, the company is planning to spend $10B+ on creating VR products and an entire digital universe that it has control of.

It is not alone.

Microsoft has also released a metaverse version of its Teams video conferencing software, and Sony is preparing to launch a new generation of its PlayStation VR headset for the PlayStation 5. Some companies like Immertec have also been working on making VR products for use in medicine.

Some journalists have described virtual reality technology as something that continually overpromises and underdelivers. Ben Kuchera wrote in late 2020 that the revolution brought on by VR “has been 5 minutes away for 8 years.” In his article, he highlighted some of the issues that were holding VR back from being “just another appliance” like your TV or laptop.

While he’s right in pointing this out, it’s also important to remember that virtual reality technology has come a very long way. Early attempts at VR were essentially giant machines which the user had to sit inside. The first of its kind was known as the “Sensorama,” which was developed in the 1960s and contained a wind-generating fan, chemicals to generate smells, a chair that would move, and a TV screen. While novel, it was hardly practical in reality.

Fast forward to the 1990s and Nintendo’s Virtual Boy was an early attempt at a consumer VR headset. Except it sat on top of a table, offered no head tracking features, and used wire-frame graphics that were displayed in red and black. Understandably, players were not enthusiastic about the prospect of sitting awkwardly at a desk or the dining room table, so the Virtual Boy was discontinued after just a couple of months on sale.

But today’s VR headsets have fixed most of these issues, with completely wireless gameplay, 4K graphics, and head tracking.

That said, there are still many issues that need to be overcome for the VR revolution to truly take place.

One of the biggest challenges facing virtual and augmented reality is not technological but social. In almost every setting, humans operate through a mutually agreed set of rules and norms, including things like not chewing with your mouth open or speaking with it full while you eat at a dinner table. The same applies to waving to other drivers to thank them, not talking loudly in the cinema, and not microwaving fish in an office kitchen.

These rules also apply to topics that you can and can’t discuss. In poker, topics like sport and television are considered acceptable while at a table, but strategy and politics are generally taboo. Similarly, it’s usually a faux pas to talk about money or health while at the dinner table.

These same social norms need to be figured out for virtual reality environments. There are already examples of companies having to implement technical solutions to prevent people from invading the personal space of others.

We are also going to need to collectively decide whether it is acceptable to use AR headsets while interacting with people in the real world. This is likely to be a difficult area as Google Glass was widely criticised for placing a camera on people’s heads, leading to privacy concerns.

VR graphics are infinitely better than they once were, but they are still a long way from perfect. GPUs inside headsets are not yet capable of displaying the entire landscape in 4K at once, so manufacturers have bodged this by creating a narrow area directly in front of the user that is sharp and then removing more graphical detail towards the periphery.

If you move your eyes while keeping your head straight, you’ll notice that the graphics are much blurrier. But if you then move your head so that you’re looking at the same place, it will appear clear.

Either GPUs need to improve significantly or eye-tracking systems need to be developed to overcome this problem.

Graphics issues exist for AR too. There are currently no devices available that can create bright enough displays to accurately and effectively overlay graphics over the real world without needing large batteries or a constant power supply.

Commentary: How Virtual Assistants Can Help Balance Your Work Life

Top 5 Tips to Combat a Sedentary Lifestyle While Teleworking

Top 5 Tips to Combat a Sedentary Lifestyle While Teleworking

Commentary: How Virtual Assistants Can Help Balance Your Work Life