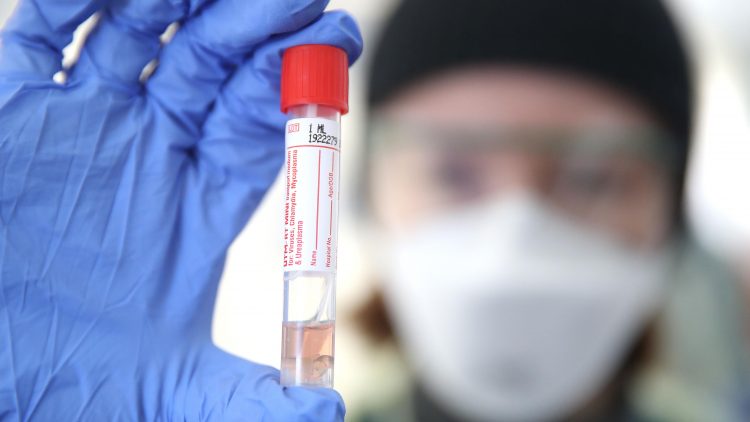 Silicon Valley-based Kyla has created an innovative testing solution to help employers and employees “play it safe” as businesses reopen.

With the highest infection rates of COVID-19 being recorded on what seems to be a daily basis, everyone’s dream scenario is simply having the infrastructure to help manage the spread — particularly in the workplace.

Well, the platform has arrived, just in time.

San Jose, California-based Kyla is a technology testing solution developed by CEO and Founder Garick Hismatullin that consists of an app for employees, a dashboard for employers and nursing teams that are dispatched to employers to administer onsite tests. The tests can be done weekly — or sooner — in the event an employee has indicated early C-19 symptoms.

Kyla is available in California’s major-metropolitan areas of Los Angeles, Oakland, Sacramento, San Francisco and San Jose. Kyla is also preparing to move its technology to Florida, Georgia, Nevada, Pennsylvania, and Texas – with the in-person testing component to follow.

Kyla is an offshoot of its sister company, Action Health, a primary and urgent care provider with 20 locations in California. When COVID-19 began to spread, the Kyla team recognized an immediate need for testing and tracking so the team huddled up and created an enhanced application to help employers maintain a safe environment in the workplace.

Hismatullin also founded Action Health and as the company grew, so did its relationships with the two largest national testing labs, Quest Diagnostics, and LabCorp. “We’ve been leveraging technology for years now and we knew we had the contacts in place to develop something fast when Covid-19 struck,” Hismatullin says. 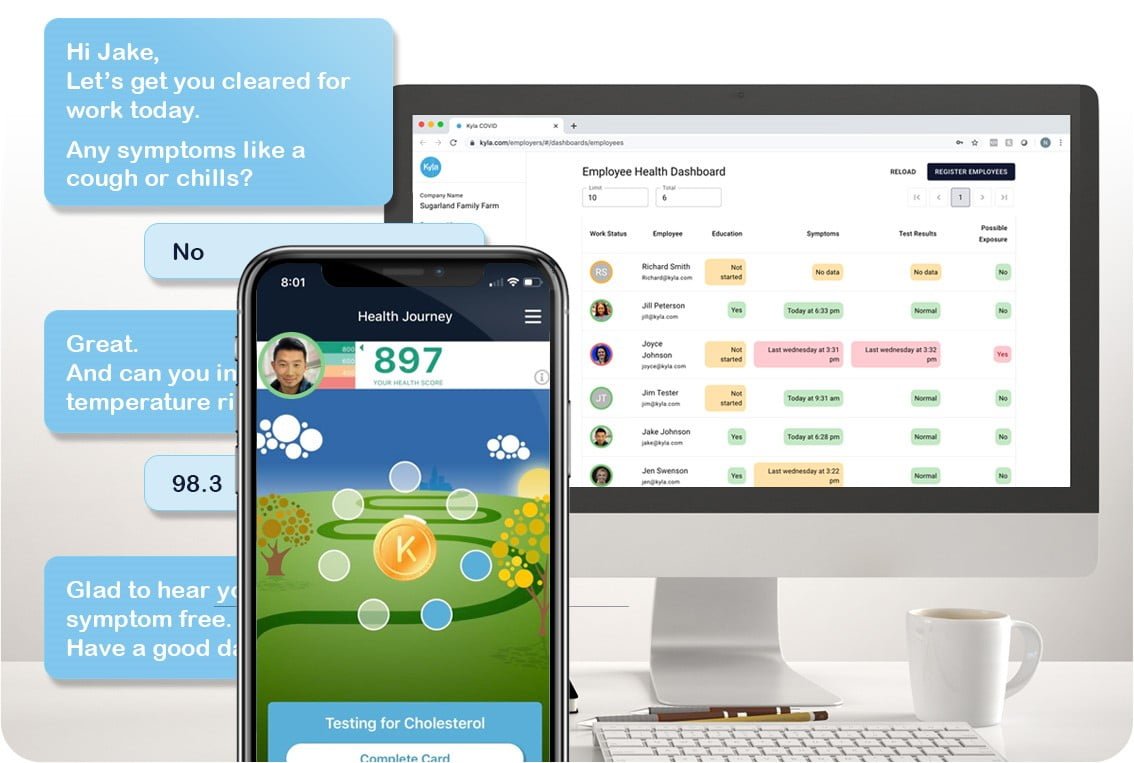 Kyla’s team focused its efforts to get the solution developed, top to bottom, launched and ready to scale. The name Kyla isn’t an acronym. When they were discussing names for Action Health’s next venture, the chief technology officer said he owned the Kyla domain name and the team agreed “it sounded friendly and approachable,” Hismatullin says.

“We knew in late December-early January, after seeing simulations, that containment was lost, so we started to think about, ‘What would be the most impactful thing we can do? We were already being approached to do workplace testing and began listening to the pain points of employers to make sure that we’re delivering something that works for them. At times it wasn’t perfect or pretty, but we improved on that every day and we’re getting to a very good place where a lot of people will be very happy by the impact of the testing platform.” — Kyla CEO and Founder Garick Hismatullin

On Day 1, employers receive a dashboard where they can track employees who might be symptomatic, those who are complying with testing — or not — and who is reporting symptoms. The solution is HIPAA compliant and Kyla uses CDC recommended molecular tests, which are FDA and EUA approved.

Whether employers had already been forced to shut down, were at risk of shutting down, or were trying to comprise a strategy to reopen, it was clear that regular, frequent testing must be done to keep the virus tracked and contained.

“This is why we’re seeing spikes in Florida and Texas — and California is back on the heat map in a big way,” Hismatullin says. “In order to prevent these spikes, testing has to be done weekly. In New York, they rolled out a twice-a-week testing for nursing home residents and staff. With that cadence, they were able to contain the outbreaks and get control within a few weeks, and then they moved back to weekly testing, which is a sustainable approach for everyone.”

Vladimir Skorohod, M.D., Kyla’s chief medical officer, clarifies in a blog why weekly testing is optimal to identify the highest percentage of infected people as early as possible, which is imperative to containing or avoiding an outbreak.

“Testing too early can mean that not enough of the virus has built up within the body and could produce a false negative,” Skorohod says. “Testing too late would mean that an individual is increasingly contagious and has already exposed others to greater risk. By using weekly testing, we can identify the presence of the virus before symptoms appear and decrease the risk of false negatives.”

The Kyla solution is a combination of safety protocols, daily symptom checks – which employees report through the app – weekly COVID tests, contact tracing post-infection, and screening for a clean bill of health if they do contract the virus. Each day before work, employees receive a push notification where Kyla asks how he or she is feeling. If an employee isn’t feeling well, Kyla arranges immediate testing. If the employee is fine, Kyla will keep them on a weekly testing cycle.

The app is free for employees yet health insurance is necessary to cover the cost of testing every week. COVID-19 screening, testing, consultations, and treatment are 100 percent covered by health insurance, including Medi-Cal, with no copay.

Kyla’s employer dashboard includes protocols, resources, custom policy, and an employee roster that enables the employer to see the status of the entire workforce in real-time. Custom employee communications are also provided to help employers explain the necessity for compliance for everyone.

“Our plan illustrates the importance of weekly testing,” Hismatullin says. “Testing will become ubiquitous and much it’s already fairly accessible but it would be great if it was ubiquitous right now. We’re rapidly working in that direction.”

Here is how the process works: First, a nurse scans a QR code on the employee’s phone. Then the nurse swabs the employee with a nasopharyngeal — or nasal swab — that is just inside the nostril. A throat swab is also available. The process is 30 seconds to one minute at the point of interaction with the nurse. The sample is then sent to the lab and results are available shortly thereafter.

“The key,” Hismatullin says, “is getting to the point where testing is regular, sustainable, and efficient. If that can be achieved, we can transition to managing it (C-19) until we have a treatment or vaccine.”

What to Think About Before Going into Nursing