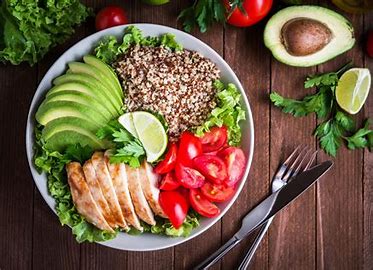 Study: Gail Waitkun’s brain injury made her seek answers of nutrition because, she says, “we are truly what we eat.”

Here is her story:

This past year, there was a peer-reviewed clinical study published in the Nutritional Journal showing scientific evidence for a new approach to achieving successful, lasting weight loss with improved overall health results.

This study disproves the theory of “calories in and calories out” as being the definitive answer to weight loss and true health improvement. The quality of the calories is now irrefutable.

Peter Greenlaw gifted me with this information after hearing about my brain injury and provided a solution for my foggy brain and all the other symptoms, including a concerning weight gain, from which I was suffering.

I was someone who had always eaten well and knew about the importance of the quality of our food. What I did not know was what Greenlaw did. I had just about given up. What I failed to understand was that when we hurt our brains, it affects our ability to absorb nutrients.

When nutrients are missing, the problem becomes more difficult to manage unless you know what Greenlaw knows. You do not need a “hurt brain” to have the inability to absorb the proper nutrients. We all have TDOS.

Greenlaw, the author of Why Diets are Failing Us, has been referred to as a “researcher of researchers.” He is an international speaker as well as the creator of the term “TDOS” Syndrome and co-author with Marco Ruggiero, M.D. of Your Third Brain.

Greenlaw has dedicated his life to investigating the problems created by poor nutritional choices. Through his speaking and writing, he has been helping people better understand the significance of the lack of nutrients present in our food and the impact toxins have had on our overall health.

This has had a profound effect and resulted in an epidemic proliferation of most people being metabolically unhealthy, experiencing obesity, high blood pressure, elevated blood sugar, high cholesterol, and high triglycerides. Any one of these will create disease.

For me, it was a great relief to have a solution for my health concerns. My stutter and slurred speech disappeared. I experienced a renewed ability to maintain focus and recovered my access to vocabulary that was previously “locked away.”

I am on my path to newfound health I never experienced before — despite my being regarded as very healthy by my doctor before my brain injury. I could not believe how quickly I experienced positive results and was astonished at the amount of physical weight and inches that I lost just within the first week.

As the studies show, this weight loss was not due to loss of muscle mass or water. It was truly my body eliminating toxins. Lots of them. That’s a lot of disease potential and so much more than simple weight loss.

All bodies are full of toxins, and you can eliminate them easily. I did. The added bonus was how great I felt. Often, we do not realize how poorly we have felt until we feel better. Not only was I thinking more clearly, but I was actually feeling like a new person.

In his book, Greenlaw speaks about food never being enough again — especially if we keep our food production practices the same. Now, several new peer-reviewed clinical studies prove that what he was writing about decades ago is true. It’s a scientific fact. You no longer need to struggle.

All the fad diets and the most recent use of diabetic medication to curtail appetite may be dismissed. Our bodies need food. Diets are not sustainable. Further, the evidence shows that they are not necessary. The way back to health has now been proven.

Almost ten years have passed since Greenlaw published Why Diets are Failing Us, and there are seven new peer-reviewed published clinical studies that support the premises in his book. Nearly 80% of America is overweight, and almost 50% those obese.

What is revealed in peer-reviewed clinical studies is the overwhelming scientific evidence that proves conventional diets and dieting do not work.

This was conducted by Dr. Paul Arciero, one of the world’s greatest nutritional researchers. His peer-reviewed clinical study proves there is scientific proof of a solution for not only losing weight but, more importantly, maximizing quality of life potential. It was based on the R2M protocol utilizing Intermittent Nutritional Fasting™ and Protein Pacing®.

Not only did the subjects in this study lose as much weight in four days as others in 8 weeks of conventional dieting, but it also contrasted conventional diet plans, the new rage of time-restricted intermittent fasting, and the popular “Hollywood Diet Shot.”

It demonstrates with scientific proof that diets are ineffective.

The only peer-reviewed clinical study published in the prestigious Nutritional Journal is highlighted below. In this study, the average weight loss was average of 16 lbs. in one month. Some of the participants lost more than a pound per day in one month.

In a peer-reviewed study in the New England Journal of Medicine, it took participants 12 months to lose 16 lbs.

For doctors and medical practitioners, there is clinical proof that the participants in the Nutritional Journal study did not lose water and lean muscle mass but instead gained an average of 4 to 6% of lean muscle.

Also note: The CDC just announced that 88% of people in North America are metabolically unhealthy.

Additionally, the study showed a reduction in inflammation and the release of toxins from visceral fat. Two other findings were that participants saw a significant decrease in free radicals while, at the same time, an increase in antioxidants. This has never been seen in any study before.

Note: It is important to point out that the participants in the peer-reviewed (NJ) study consumed the same number of calories weekly as those in the (NEJM) peer-reviewed study. The standard protocol of calorie reduction (calories in and calories out) for weight loss.

“We have found the silver bullet which we have been searching for over three decades, based on this conclusive scientific evidence,” Arciero says. “This is not my opinion; this is now a fact” — and it is scientific proof that diets do not work in the long run.

Here are several peer-reviewed studies that analyzed almost all forms of diets, including time-restricted intermittent fasting and the new “Hollywood Diet Shot.”

In this peer-reviewed study, scientists analyzed the diets of a large group of obese people for a period of 12 months. The participants were broken into two groups. The first group was put on a calorie-reduced diet — this is the standard protocol of most diets.

Both groups in the studies published in NJ and the NEJM consumed equal amounts of calories per day. After a year, the weight loss results in the NEJM study, both groups were identical.

The (NEJM) study revealed an average weight loss of 16 lbs. in all participants. This brand-new (NEJM) peer-reviewed study proves that diets are very ineffective in the long term.

The participants in the (NEJM) study did not reduce visceral fat or inflammation. A problem with mainstream diets is that they do not discriminate where the weight loss is from. The research shows that people lose mostly water and lean muscle mass on conventional diets.

These seven Peer-Reviewed clinical studies show that the results of mainstream diet approaches are not close to what we once thought. And they may actually be harmful in the long run.

Journal of the American Medical Association study had participants doing time-restricted eating from 7 a.m. until 3 p.m. each day. The result after 14 weeks was an average weight loss of 13.86 lbs. When compared to the 16 lbs. in 4 weeks lost during the NJ study, there is a world of difference.

Additional Nutrition Journal Peer Reviewed Study on Time Restricted Eating (Intermittent Fasting). In this peer-reviewed study published in the Nutrition Journal (NJ), it was proven how ineffective fasting every other day is. Participants in this study ate for 24 hours and then fasted for 24 hours on alternating days. The results of this study showed an average weight loss of 5.5 lbs. in 28 days.

Additionally, some participants of the “every other day fasting study” experienced side effects such as heart palpitations, dizziness, and stomach aches. A quote from this study says: “Alternate day fasting is an effective short term weight loss strategy.” Nutrition Journal Study: Fasting Every Other Day https://r2mfire.com/wp-content/uploads/2022/08/2022_Nutrition_IF_nutrition.pdf

Additional study in JAMA: This study analyzed many of the popular brand-name diets and many other forms of dieting. It analyzed 59 eligible articles reporting 48 unique randomized trials (including 7286 individuals). This study was conducted over 12 months and compared the Atkins, Zone, South Beach, Jenny Craig, Nutrisystem, Weight Watchers, Ornish diets, and others. The big winner was a low-carb diet resulting in a loss of 16 pounds in a year. All the other diets showed results of 1 ½ lbs. less in 12 months.

New England Journal of Medicine Peer Reviewed Study of the New Hollywood Diet Drug (Semaglutide). This study involved the new rage Hollywood diet drug. It analyzed the injection shot (semaglutide) that Kim Kardashian and Elon Musk took. The results showed that the average total weight loss during the period of 68 weeks was 33.66 lbs.