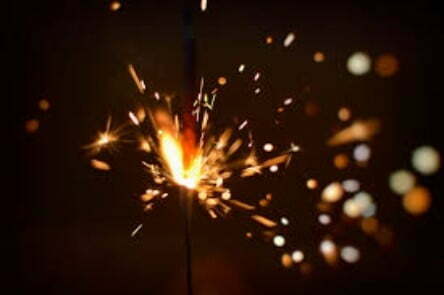 For all the agonizing “push one for customer service”, “accidental” disconnects and woeful endless ‘Muzak’ on customer service calls, the answer to this nagging, grating problem has finally arrived.

Despite bounding advances in technology in business and our personal lives, company-to-customers connections are stuck in what feels like the era of the telegraph machine. Between painful Interactive Response System prompts, onerous operations and woeful Muzak, consumers seeking timely answers to pointed questions or concerns are wasting time on hold in hopes of getting succinct and relevant answers to their questions.

It is a big problem.

Yet Sparkcentral has the solution.

Founded in 2013, the San Francisco-based company is empowering consumers by opening all manners of modern messaging channels to connect with a diverse array of companies.

“We’re all living in a truly digital world, and the idea of picking up the phone to make a call is becoming outdated, ineffective and the choice of last resort. This decision to move away from ‘calling’ has happened in our personal lives and it is now time for us to do this from a business interaction point-of-view,” says Joe Gagnon, CEO of Sparkcentral.  “If you want to be relevant, you have to fit into the way the consumer lives. Trying to legislate lifestyle is, long-term, a recipe for failure. Technology is in the fabric of society, just like any utility is and it has to be used to engage with customers more easily and effectively.”

From banking, travel and hospitality, financial services, telecom, retail and beyond, Sparkcentral (sparkcentral.com) has enabled a digital dialogue between customers and companies.  A simple text message from the customer to an agent, in real time, provides a perfect solution for the time-starved consumer.

“I like thinking about myself as a ‘consumerist’ in that most of my life has been focused on businesses that use customer service to engage and support their customers to surprise and delight and — more recently — to empower them so that they become part of the community,” he says.  “My focus is not on back office or supply chain – it’s front-of-house, consumer interfacing. I’ve always tried to understand consumer needs, and to find a way to satisfy them without legislating how people should act or live. Rather, we want to build capabilities for people to live the life they want and communicate how they chose.”

“Frequency of interaction is what relationships are about. If you don’t have a facility to communicate with ease, then you run the risk of turning somebody from a friend into an acquaintance,” Gagnon says.  “If you think about where we are societally, we’re often feeling time-starved and highly ‘interrupt-driven,’ meaning we often start and stop tasks all the time, and we’re also highly social – meaning we communicate more frequently than we ever have.”

According to its industry data (in concert with studies conducted with GSMA Intelligence and Aspect Software), Sparkcentral’s consumer research reveals that 72 percent of customers will text somebody before calling, while 89 percent of customers prefer to message a company vs. a phone call.

Understanding the technology of preference, companies from Netflix, DirecTV, Nordstrom, jetBlue, Emirates, Arby’s and AXA have all worked with Sparkcentral’s products to improve customer connections. And costs have been mitigated in the process, Gagnon says. 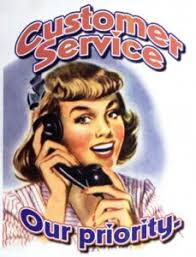 In concert, enabling agents to work with more customers at the same time proves an asset that has contributed to save company costs estimated at upwards of 30 percent. Further benefits in messaging platforms are found via the fact that the groundwork for said connections are already paved.

“The customer is ready for this and the infrastructure is already there,” Gagnon says. “You don’t have to teach anybody or train anybody. Nobody has to load or install anything. After all, you already have SMS, Messenger, or WhatsApp on your phone.”

From footwear to flights, from banking to burgers, the consumer benefits of Sparkcentral’s messaging tools are wide-ranging to accommodate consumer lifestyle.

“Say you bought some shoes from Zappos.com,” Gagnon says. “They show up and you got the wrong size.  It’s pretty easy to message the company about that, go about your day, have a meal, get your work done and then message back 30-minutes later responding to the question what size you need.”

By connecting companies to consumers with a lineup of messaging services and social media channels, Sparkcentral has helped businesses adapt to customer lifestyles.

“We’re taking the burden off the consumer to get a problem resolved; we’re using the technology to help the agent resolve the problem,” Gagnon concludes. “And, look, this isn’t saying that customers don’t want to talk to people; it’s saying they want to communicate with people differently.”