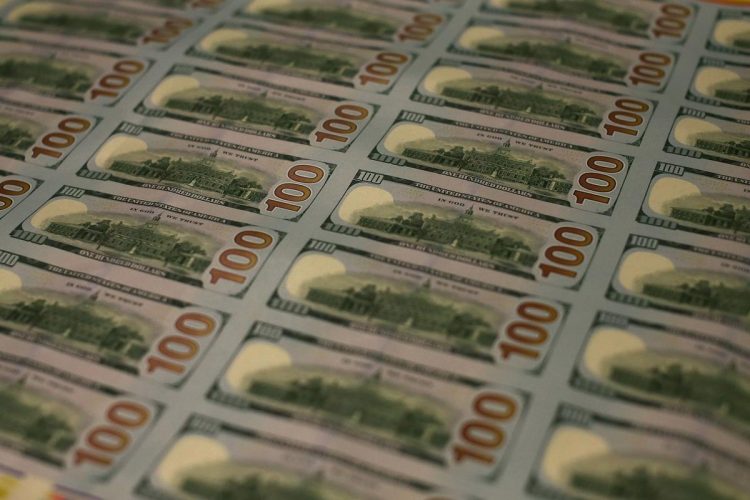 WASHINGTON, DC - MAY 20: Newly redesigned $100 notes lay in stacks at the Bureau of Engraving and Printing on May 20, 2013 in Washington, DC. The one hundred dollar bills will be released this fall and has new security features, such as a duplicating portrait of Benjamin Franklin and microprinting added to make the bill more difficult to counterfeit. (Photo by Mark Wilson/Getty Images)

SOUTHERN CALIFORNIA IS NATIONAL LEADER IN PAY HIKES ONCE AGAIN

The federal government’s Employment Cost Index for the five-county area showed local wages and salaries gaining 3.8 percent in the year ended in September. That’s the best among 15 major U.S. markets tracked and it was the third consecutive quarter that local wage hikes topped this national ranking.

Local pay is on the rise as a stronger job market thins the number of qualified candidates for jobs, and bosses scramble to fill empty positions. Yes, September’s local employment cost index result was down from 4 percent annualized pay gains in June. But that was this cycle’s high mark. And we’re up from 2.6 percent annualized raises in September 2015 and 2.3 percent a year earlier.

Look how Southern California unemployment has dipped in the two years ended in September:

Significant job growth has boosted local pay to a point where wages tracked by this cost-index measure are headed for the second straight year averaging better than 3 percent gains. The index failed to surpass 2 percent in 2012-2014.

It’s worth noting the national laggard in this study: Houston, with wages up at just a 1.7 percent annual rate in September. Slumping energy prices have hit Texas’s once-booming economy hard and stalled many oil and gas businesses that call Houston home.

Don’t gloat, though, as you recall Texans took some high-profile swipes at California during our last slump. Rather, remember that good economic times don’t last forever.