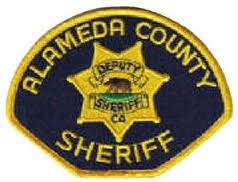 SHERIFFS INVITE KAEPERNICK TO POLICE TRAINING … “[TO GET] A TASTE OF THE JOB HE’S BEEN CRITICAL OF.”

A California sheriff’s office has invited San Francisco 49ers quarterback Colin Kaepernick to attend the police academy and have a taste of the job he’s been critical of.

“He was speaking… in kind of general terms about the training of law enforcement and it just coincided with the first day of our 157th academy… You look at those young men and women coming into the law enforcement profession and know what they’ve done to get there and live their lives correctly… for him to say that we said “clearly he doesn’t know 100% what he’s speaking of,”” said Alameda County Sheriff’s Office Spokesman Sergeant J.D. Nelson to the FOX Business Network’s Stuart Varney.

Sergeant Nelson said, while he hopes Kaepernick accepts the invitation, they are more interested in starting a ‘dialogue with him.’

“He’s made claims about profiling and his experiences and we feel that we can learn from that and we know that he will learn from us,” he said.

ESPN: Abdul-Jabbar: Kaepernick needs to be part of solution