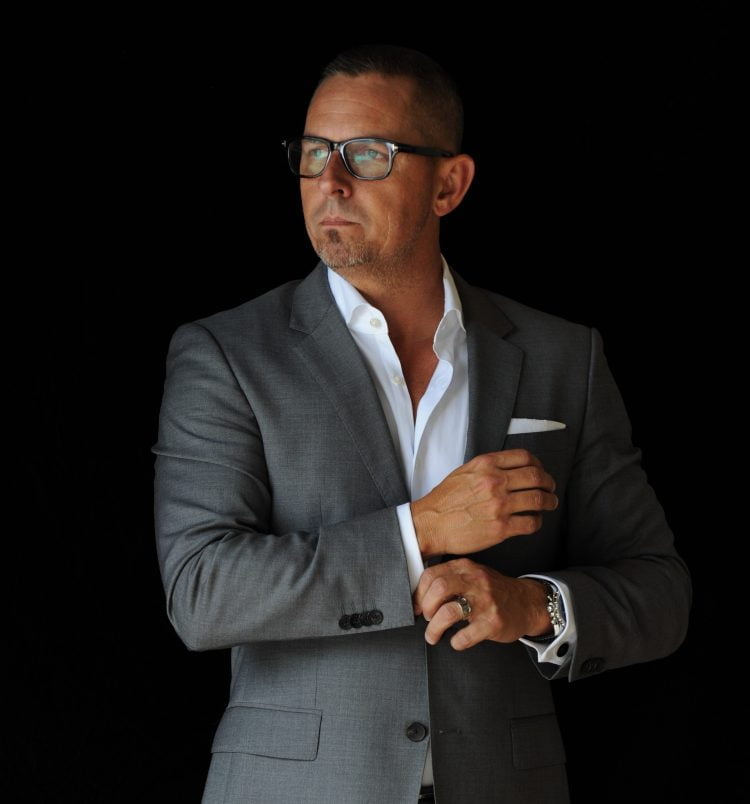 Nearly 50 percent of home buyers in California are being “legislated out of the market.” John Lynch is looking to change that.

One trillion dollars. That’s the amount of money California’s mortgage and residential lending economy has left on the table over the past decade, according to John Lynch, CEO of PCMA Private Client Lending.

That trillion dollars — that’s 12 zeros, if you’re counting — vanished from the lending industry, resulting in less taxable revenue, less cash flow and unnecessary stagnation. “And this was during a time of some of the lowest mortgage interest rates in history,” Lynch says.

The reason for the stagnation? “Overcorrection and over-legislation,” says Lynch, who is in the midst of changing that — one mass affluent (MAI) and high net-worth (HNWI) household at a time.

Lynch lived the dream of many California kids as a professional surfer. He then transitioned his spirited persona into the mortgage and lending space and quickly identified a void in the market created by crisis legislation. That led to PCMA Private Client Lending’s formation.

“The credit crisis, like many other economic events of the past, activated legislation that inadvertently created a myriad of unintended consequences,” Lynch says. The legislation was the 2010 Dodd-Frank Wall Street Reform and Consumer Protection Act — known as “Dodd-Frank” — a sweeping overhaul to the credit industry in the wake of the 2008 economic crisis.

Lynch blames a provision of Dodd-Frank — the Ability to Repay and Qualified Mortgage (QM) Rule — for “creating a credit blind spot against the mass affluent and high net worth, essentially legislating and disincentivizing the wealthy out of the residential mortgage market,” he says.

QM provisions, implemented by the Consumer Financial Protection Bureau, require that lenders, before making a residential mortgage loan, “make a reasonable and good faith determination that the consumer has an ability to repay.”  While seemingly benign and good-intentioned, the legislation is so punitive that it created a void large enough to put PCMA Private Client Lending on the map.

“The QM rule boxed lenders into a pattern of originating only loans that met the stringent standards. Anything outside of that was pushed to the wayside,” Lynch says. “The sophisticated nature of most private client estates makes it impossible to meet these stringent safe harbor stress tests.”

For the last decade, lenders moved away from wealthy entrepreneurs in droves, choosing instead to focus solely on safe-harbor originations, where protection from civil and sometimes criminal liability is guaranteed. “That created enormous distrust in the financial system for affluent people and companies like PCMA had an enormous mountain to climb to rebuild that trust and right the wrongs of unintended consequences,” Lynch says.

He has, however, uniquely positioned himself to work with these clients because PCMA uses modified underwriting standards flexible enough to meet the needs of accomplished households and support the spirit and intent of QM and ATR legislation. When Lynch refers to the “private client community,” he means those who meet the qualified definition as it relates to net worth – not necessarily liquid assets under management. 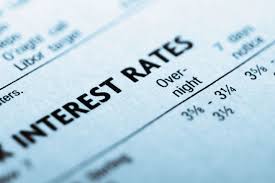 For example, take a small-business owner operating five high-producing restaurant franchises. On paper, the estate may be worth $25 million in cumulative business and personal assets, but may only have $150,000 in personal accounts. “Due to the nature of their self-employed deductions and reduced pretax income, under QM the business owner is not a desirable candidate for a bank home loan — but he’s ideal for PCMA,” Lynch says

“Almost 100 percent of the mass affluent and high net worth are either participating and not using leverage or they’re just sitting in the leverage they took prior to the crisis,” Lynch explains. “In fact, in the refinancing or repositioning of debt we do for our clients, the average age of that note is over 12 years old. In the mortgage industry, that’s a lifetime.”

This stagnation has — and still is — affecting the real estate market at large, where soaring prices are causing housing shortages. Opening up the market to the wealthy, Lynch says, can alleviate this tension, encouraging many individuals to bring their home to market.

“My self-employed and entrepreneurial clients are thinking, ‘I’m not going to bring my home to market because if I can’t refinance my home how the heck am I going to get a purchase loan?’” Lynch says. “So instead, they’re just sitting back and remodeling their house.”

The number of stagnant homes is higher than even experts predicted: 32 percent of U.S. households are considered mass affluent and high net worth. Since California has trillions more wealth than other states, Lynch says the aforementioned percentage is closer to 40 or 50 percent of California homeowners.

“Many homes are not coming to market, creating a supply-demand dislocation and abnormal price appreciation,” Lynch says.

Prior to Dodd Frank, this inventory would be brought to market, creating a balance of pricing equilibrium and affordability. In fact, before Dodd-Frank, Lynch and other mortgage professionals used to call all-cash offers “unicorn bids.”

“There was so much liquidity and inventory, selling a home was not only contingent on loan approval but in most cases the buyer still had to sell their home as well,” Lynch says.

Fast forward to the post-credit-crisis: there was so much distrust in the loan getting done that many sellers wouldn’t even accept an offer unless it’s all-cash. So, what used to be a “unicorn” scenario is now a market mandatory. “And that’s not good for anyone,” Lynch quickly adds. “Every financial planner on the planet will tell you having 100 percent all-cash basis in your home is not wise financially.”

But for more than a decade this scenario has been the only option in many cases. It’s not that the MAI and HNWI aren’t participating in the market, they’re just not using credit to do so. In fact, throughout California, it’s become increasingly common for buyers to settle residential transactions in all-cash. Just how common? To check, Lynch commissioned a study from his data science team to model a test for homes sold in California between $750,000 and $5 million from January 2010 to August 2019. “I was curious to discover how many homes in this range were purchased without a loan.” He discovered that 80,358 homes closed for nearly $120 billion worth of transactions “used absolutely no financing,” he says, incredulous. “This is such a small sample of the market, imagine what that number would look like nationwide.”

Lynch pauses and adds, “There is so much distrust in the market it’s ridiculous. The mountain that I have had to climb at PCMA to rebuild that trust and thaw that iceberg is enormous and will have to be done one client, and one transaction at a time I fear.” 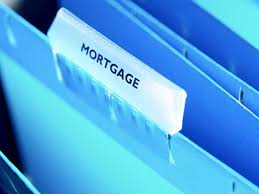 PCMA isn’t necessarily after ultra-high net-worth individuals. This is the 3% of the market that enjoy the credit privileges provided by the Private Banking Wealth Management firms that cater to this community. PCMA’s clients are still in the “Wealth Creation” phase of the economic lifecycle. This phase of wealth creation is where efficient financial management of leverage is needed, not management of deleveraged risk by wealth managed funds.

“We’re built for the guy that got stuck in the middle due to legislation. Rich people will be fine,” Lynch says, laughing. “Yet there are people not participating in the economy who normally would. It’s hurting the professional services community related to that transaction such as realtors, painters, carpet cleaners, moving companies, etc. These are small businesses in these local communities that are being hurt — because the money is not in circulation — and it’s pushing people out that should be coming in.”

The millennial homeowner or the first-time homebuyer, for example, has been priced out due to supply-demand dislocation. Lynch want legislators to understand that their intentions are not bad. “But let’s take off these guardrails creating horrifically unintended consequences,” he says.

Interested in getting involved in private client lending yourself? Lynch recognizes he cannot do this alone and is welcoming industry contemporaries to follow his lead and help bring this disaffected community back into the marketplace with open arms.

“The reality is, I will tell anyone what this market is and how to compete in it,” he says, “because you’re talking about a market that is so underserved and distrustful. We need competition to get the voice out. That’s the only way this community is going to know they’re welcome back into the market. I can’t thaw that iceberg alone.”

Roxy Szal is a former middle school English teacher and Teach for America alum, turned freelance writer, editor and marketer. She holds her masters in journalism from the University of Nebraska-Lincoln. Her typical beats cover media, feminism, cannabis, social justice or some magical combination. Connect with Roxy on LinkedIn or Twitter. 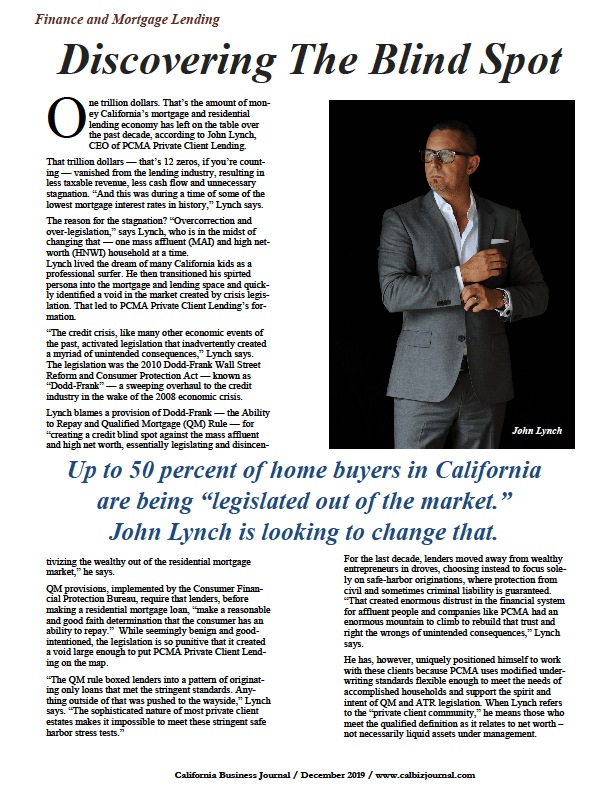 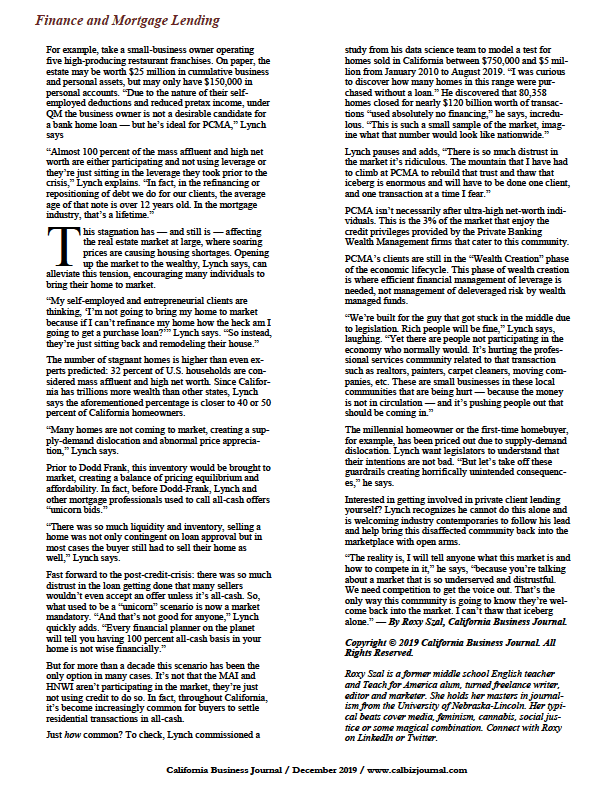 Roxanne was a News Editor and Writer for the the Orange County Register before joining CBJ. She also managed the Register's Facebook and Twitter pages, writing headlines, editing stories and repackaging the articles for the Register's daily print newspaper as well as the paper's web and mobile sites. Roxanne was also a Columnist for OC Family Magazine. She is also a PR, Marketing and Communications Specialist, previously at University at California (Irvine) and currently for the OC Fair & Event Center.