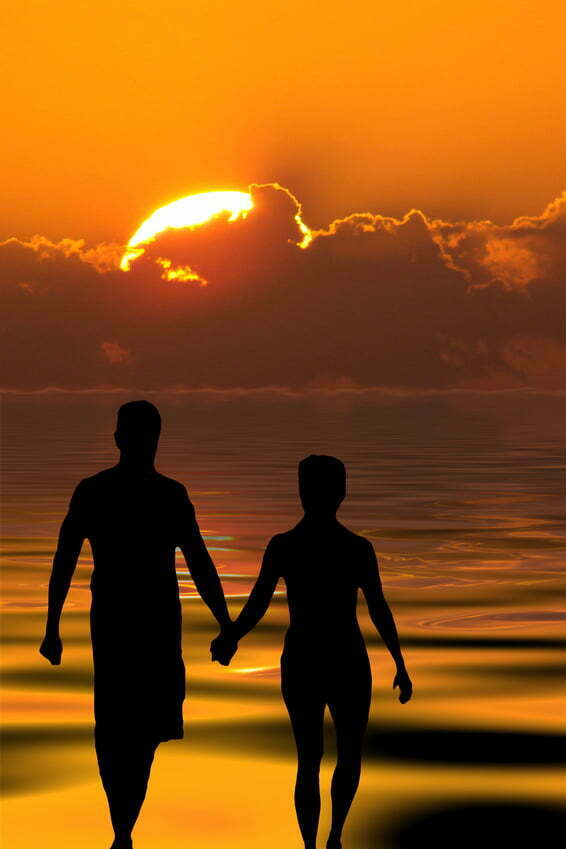 Yet something happened to Duncan when the policeman turned the key to lock the handcuffs. Duncan says it was “a moment of clarity.” He realized at that very moment that “enough was enough” – that he was sick and tired of alcohol, drugs, committing crimes, and going to jail, and that he had to change his life. “I told myself, ‘That’s it. I’m done. I am never going to put myself in this situation again,’” he says.

He has been true to his word since then.

When Duncan arrived at prison that very day, he asked a guard, “When’s the next Alcoholics Anonymous Meeting?”

He attended that meeting and 30 years later he is not only clean and sober, but he has emerged as an amazing and heartwarming success story – in life and in business. He runs a successful fire protection company in California.

“He’s the strongest and most amazing person I’ve ever known,” says Duncan’s wife, Barbara. “He’s my hero. When you consider what he’s been through in his life and how he survived it to become the person he is today, well, it’s one of the most amazing stories ever.”

Duncan’s childhood was an absolute nightmare. His parents were alcoholics. They spent so much money on alcohol that there was very little money left over for food. So Duncan and his sister June wound up having to stealing food simply to survive.

Duncan’s mother was abusive and was later institutionalized when Steven was only eight years old.

“When she was strapped up and taken by police, I had a horrible feeling of loss and abandonment,” he says, tears in his eyes.

When his mother returned to their Woodland Hills, California home for brief periods of time, “my father was afraid to leave me at home with her, so when he’d go to work at night, I’d go with him and sleep in the car,” Duncan says.

To compound problems, Duncan’s father was fired continuously from jobs for drinking.

And it got worse. He was placed in several foster homes and orphanages, where he says he was often beaten.

By the age of 13, he had become very angry, lonely and out of control, running around the streets of Los Angeles committing crimes.

His first arrest came at the age of 17 for auto theft. He spent 1 ½ years in prison. At 19, he was arrested for armed robbery and spent five years in prison. During his prison stay, his earned his high school diploma and took culinary classes.

“I had an opportunity to make a good life for myself,” he says, “but I always went back to alcohol, drugs and crime. I was unwilling to deal with life because I was comfortable in an institutional setting.”

At 27, Duncan’s life spiraled so far out of control that he was shooting heroine and “almost died a few times” he says.

He was thrown into jail again, this time for drug dealing.

But he received another opportunity “to something positive with my life” when he became a fireman through a California Rehabilitation Center.

However, his own bosses were drinking and doing drugs, and Duncan stumbled back into what he knew best: alcohol and drugs.

He was ultimate fired from the fire department and shortly thereafter he found himself in that abandoned, dilapidated home in Van Nuys, California, getting handcuffed—the moment that turned his life around.

The moment of truth had arrived and it smacked Duncan right in the face.

Today, after having just celebrated his 30th anniversary of being sober, Duncan is living a dream.

He also serves as a living example to other AA members that they can turn their lives around and be positive influences in society.

Duncan immediately acknowledges that his former sponsor, the late Ray Coleman, is the person mainly responsible for his turnaround.

Yet Duncan – who speaks at penitentiaries several times a year to covey his message of staying clean and sober – has emerged as an example of success in the eyes of many people, particularly his wife.

“He is the best person I have ever known,” she says. “He’ll take the shirt off his back for anyone and he does it for free, and doesn’t expect anything in return. If someone calls him for help, he’ll drip whatever he doing, no matter what, and go, even if he’s working.

“Everybody looks up to him and everybody who meets him loves him. You can’t help but love him. He’s that kind of person.”

There are moments when Duncan simply cannot comprehend what his life is like today.

“Sometimes,” he says, “I’ll pull out of my driveway and look in the mirror and think to myself, ‘When I come back, will all of this be gone? Is this a dream?” he asks.

“Then there’s other times when I drive away thinking, ‘God, I am the happiest and luckiest guy in the world.’”