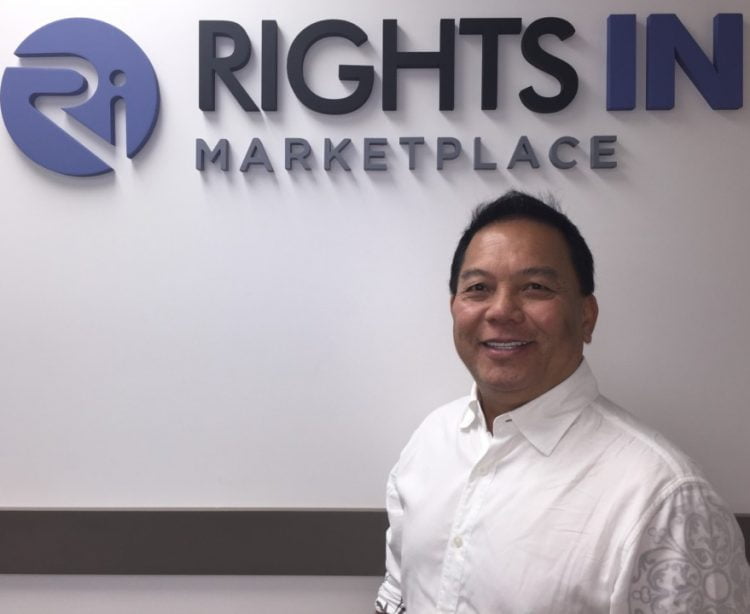 For the second time in 15 years, Ray Young has revolutionized an industry.

Before he knows it, he might just find himself in the Technology Hall of Fame … when it’s eventually created that is.

First, Young transformed the way major Hollywood studios like Paramount Pictures, Sony and Disney planned and replenished Blu-Ray and DVD distributions to global retailers like BestBuy, Walmart and Target. He was so celebrated for that achievement that he was essentially viewed as Hollywood royalty.

His newest creation dwarfs the previous.

Young just launched RightsIn, a complete repository and marketplace for video and music that eliminates the nearly-impossible process of obtaining licensing rights to use intellectual property.

“This has never been done before,” he says. “Before now, there was no place on the market today where a songwriter or film producer could say, ‘This is my product, this is how you can use it, and if you want to use it, you can license it right now in real-time.’ We’ve changed the way intellectual property – video, music, books, patents and more – are sold and licensed around the world.” 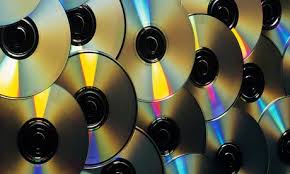 It took four years for Young and his team of developers headed by Richard Gunawan, to create the framework for RightsIn, which is now backed by one of the world’s most powerful companies — DDBill Technology, a subsidiary of Dinpay, a leading third-party secure payment platform provider similar to PayPal.

“The RightsIn platform will be the standard for how intellectual property rights will be created and monetized for greater use,” says Hugo Ye, the CEO of Dinpay.

When Neil Ouzman, the CEO of Gilt Edge Media, an independent all rights distributor, first saw the RightsIn platform, he nearly fell off his chair.

“We were blown away,” he says. “It is not  only simple to use but it gives us the power to have our content represented all over the world. This is a genuine game changer.”

Gilt Edge is a boutique content distributor and Ouzman says it has previously been quite challenging to represent itself worldwide.

But now, with RightsIn, he says it is “simple” to conduct business virtually and globally.

“It’s easy to upload content and manage all of it, deal by deal,” he adds. 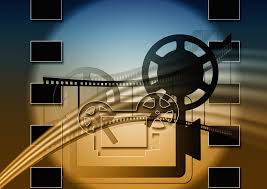 Young sees things where others cannot. When he originally thought of the idea for RightsIn, he wanted to deliver a platform to the masses so independent musicians or film producers can be paid fairly for their work based on market demand.

“Artists aren’t currently being paid what they should,” he says. “Now, RightsIn provides a platform to these artists so they can dictate how, where, and when their product can be sold or licensed. We can turn what would otherwise be an unauthorized user into an actual customer and can turn deep catalog product into reliable revenue streams.”

Says Ouzman: “The act of buying and selling or otherwise licensing rights to everything from music and video has been changed forever because of Ray Young.”

There are over one billion videos on YouTube and nearly 15 percent may infringe on copyright, Young points out.

“People don’t plan to pirate it,” he says. “They just use a video clip or a song because they don’t know where to go to buy the rights to synch a song to their video. The problem with that is that if your video goes viral, you immediately will be sued. The people who create these videos and music want to be legitimate, but they don’t know where to go and buy the rights to do it. There just wasn’t a place for it.” 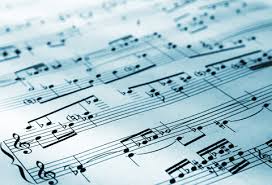 Imagine creating a breathless video of a sunset and you post it on YouTube. Before RightsIn evolved, anyone could take it and use it without purchasing the licensing rights for it.

Young takes it a step further by saying: “A YouTube or GoPro content owner, for instance, can instantly gain access to new revenue channels that were previously not exploited and they can manage their videos directly, setting prices, availability, and other contract terms,” he says.

“Millions of videos are uploaded and given away for free — I say no,” Young says  resoundingly. “Say you create a mesmerizing video of a skier, who happens to be wearing a certain brand’s skiing outfit. The owners of that brand may want to come in and buy the exclusive rights to the video clip and use it in a variety of ways. That’s $500 or more in that creator’s pocket.”

If you’ve tried – or are trying – to legally license the rights to a particular film, song or video clip for a corporate or personal project, no matter how big or small, you know firsthand what a nightmare it is.

This process has been living in the ‘60s since, well, the ‘60s. It has been completely done off line via phone, fax and mail. Worst of all, it takes weeks or months to get it done, if at all.

No more – thanks to Young.

“That’s how easy we made the platform,” he says. “We have eliminated potential piracy.” 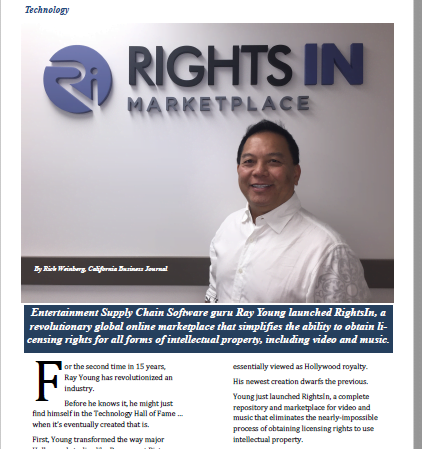