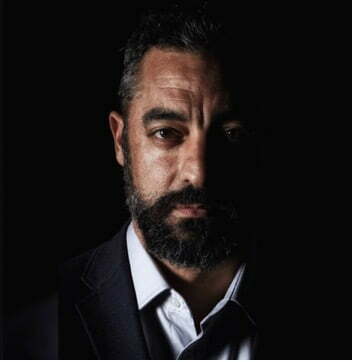 It is common to hear people who have been diagnosed with cancer say that they feel powerless. The disease they are facing has no cure. It disrupts every area of their lives, often for extended periods. If it relents, it can come back. For many cancer patients, feelings of hopelessness lead to feelings of powerlessness.

Still, there are those who stand up and fight cancer. When their stories are shared, they can become the spark that inspires and empowers others. Cape Town Photographer Ramzi Mansour understands that, which is why he spent over 2,000 hours creating Resilience, a book that tells the stories of 42 women who have battled cancer.

“Our goal was to put these books in the spaces where people are engaging in their own cancer journey,” Ramzi says. “They can pick up this book and read the stories of everyday people who have battled cancer. If just one person gets inspired by this and decides to fight it, then, for me, I’ve done my job. That’s all I’ve ever wanted to do.”

Resilience brings together Ramzi’s stunning black and white portraits with stories about each woman that have been curated by his wife Nicole. Together the pictures and words create a moving narrative. The introduction to the book offers gratitude to each woman “for the inspiration and humbling reminder of the tremendous resilience of the human spirit.”

Taryn, who was diagnosed with breast cancer at 31, is one of the women featured in Resilience. She shares in her story the feelings she had about losing her hair to chemotherapy.

“When I first saw myself without hair, I cried. I didn’t cry because I didn’t like what I saw, but because my shaved head was such an undeniable indication that I had no control over what was happening to me or to my body. It was that feeling of powerlessness that made me cry.”

Taryn goes to say that her experience with cancer taught her a lot about her resilience and what you can overcome when you choose a positive and healthy mindset. Ramzi’s photo shows Taryn with a determined look on her face, her hair in a pixie cut, her eyes focused on the future.

Photography is an encore career for Ramzi, something that he started after retiring with his family in Cape Town, South Africa. It began as a hobby, taking pictures of his family and friends. Soon, however, his work was attracting attention, eventually opening the door for him to work with a Cape Town modeling agency. He agreed, but with two conditions: he would only shoot in black and white, and he would not accept payment for his work.

The Resilience project started out as a magazine cover shoot. Ramzi, who was given creative control over the shoot, suggested it address breast cancer. When the project took a direction that Ramzi was not comfortable with, he decided to withdraw. Still, the idea of telling the story of cancer through photography stuck with him. When he shared with his wife what had happened, she encouraged him to pursue the project on his own, committing her help. That was the beginning of a two-year journey that brought together Ramzi’s passions for photography and philanthropy.

One key to the success of the project was Ramzi’s ability to put his subjects at ease. He is real with the people that he photographs. He takes time with them. He builds trust. His belief is that truly connecting with his subjects results in photographs that will truly connect with their viewers.

When capturing the photos for Resilience, Ramzi made sure to take as much time as necessary to allow the women to tell their stories. By helping them to feel special, he was able to capture special moments that portray hope, beauty, and resilience.

Ray is another woman who is included among the cancer fighters in Resilience. She begins her story by saying, “I discovered that sharing my journey empowered me. The more you use the word ‘cancer,’ the less power it holds.” Ramzi’s portrait of Ray shows her head on, a bedazzled scarf covering her head, and a bright smile on her face.

As Ramzi and Nicole explain in the introduction to Resilience, “Our intention was, and still is, to bring those who find themselves facing the challenge of sitting in a room with their own cancer diagnosis to a place of hope.” The couple has already donated 2,000 copies of the book to doctors’ offices and hospitals around the world. Free copies can also be downloaded from Ramzi’s website. 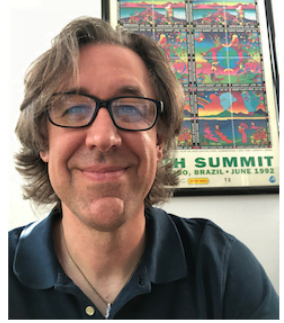 Author Bio: Nik Korba is a storyteller with more than 30 years of experience helping others to find their voice, capture their story, and share it with the world. He has served as a screenwriter, ghostwriter, news writer, novel writer, song writer, and blog writer. A graduate of the University of Miami with a degree in Screenwriting and English Literature, Nik served as Editor of Money Laundering Alert before joining the writing team at Otter PR, which was named the fastest-growing PR firm in the United States by O’Dwyer’s “Top PR Firms of 2022” report.

The 5 New Life-Saving Healthcare Innovations In 2022

Will The New Hospital Transparency Rule Help Lower The Cost Of Healthcare In America
Tags: bookbookscancerfirmhealthyMoneynewspowerRetired But Busier than Ever: Ramzi Mansour Turns His Passion Into a Mission to Support Cancer SurvivorsstoriesUniversity
ADVERTISEMENT

The 5 New Life-Saving Healthcare Innovations In 2022