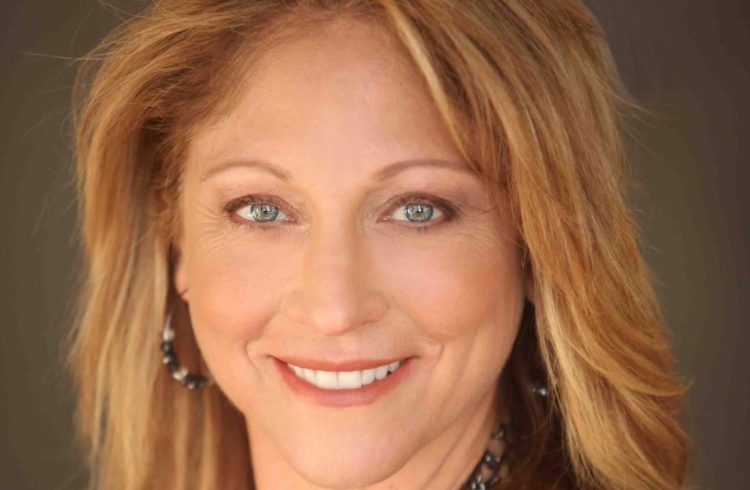 Though the American economy is experiencing the lowest unemployment rates since the Korean War, employee engagement has steadily declined over the past 15 years. Margaret Graziano, founder and CEO of KeenAlignment, discusses how her management consulting team can assist organizations in developing the best culture for human capital to thrive to its full potential by "unlocking the wealth of talent in your organization." 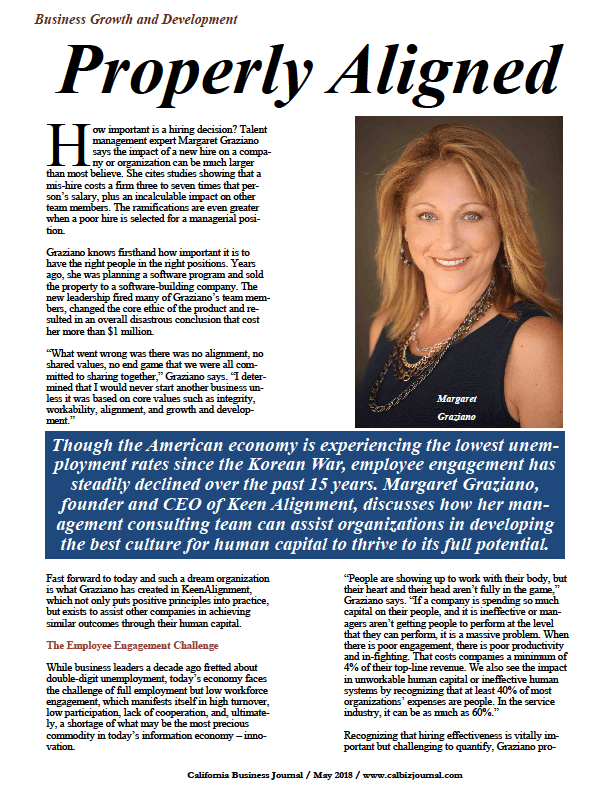 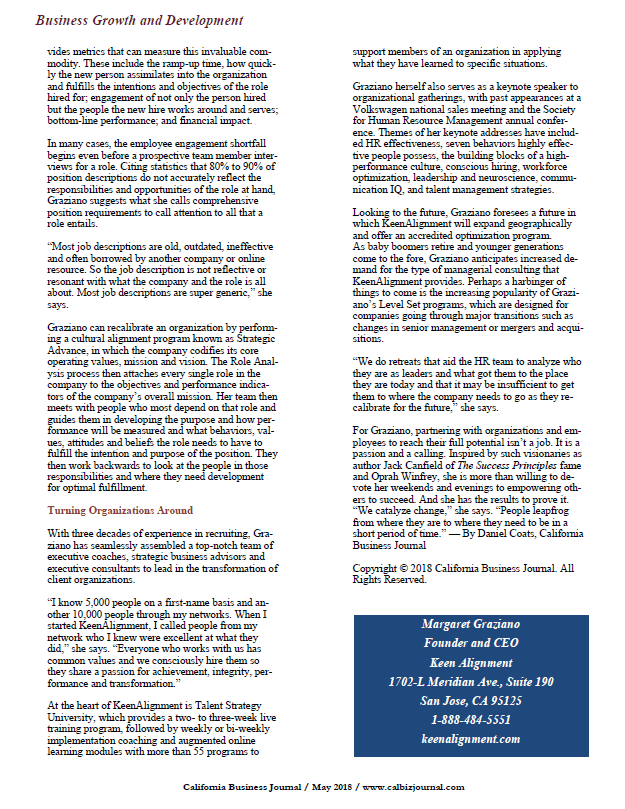