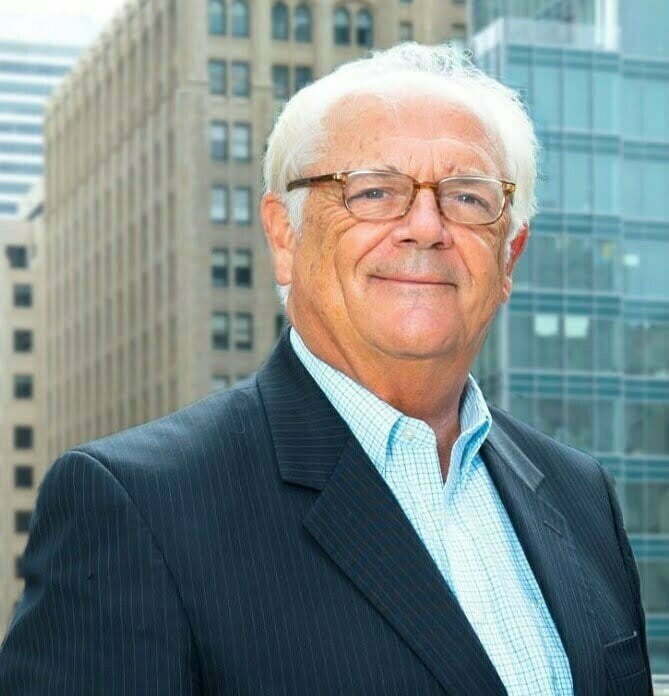 The 1960s was a time of turmoil.  The nation was wrestling with the Vietnam war, social strife and racial injustice.

As Michael A. Kelly watched the civil rights movement gain momentum, he found inspiration in lawyers like Robert F. Kennedy.

“Bobby Kennedy was a lightning rod for social change and civil rights,” Kelly says “He was charismatic with boundless energy.  He made the practice of law look like a profession where you could make a difference.”

The idea of making a difference resonated with the San Francisco native, who credits his parents and teachers for instilling in him the concept of the common good.

“It was always drummed into me that we are all here for a reason,” he says.  “It’s not just about us enjoying our lives. It’s about leaving this place better than we found it.”

Three weeks after graduation from college, Kelly married his college sweetheart and enrolled in law school. The couple had two children during law school, as Kelly juggled two jobs and classwork. “Multitasking is a quality that has served me well throughout my 45-year career,” he says.

Kelly landed his first job with the San Francisco firm Sutton, Needham & Hull. The founders created a practice that helped personal injury and criminal defense clients. “To my disappointment, there weren’t enough civil litigation cases to keep me busy, but I had plenty of work on the criminal defense side.

“The good news is, it got me into court, literally immediately, andt gave me an opportunity that a lot of other lawyers didn’t have – to be in court, to be on your feet in front of judges, and to get rid of whatever nervousness or anxiety comes with standing up in court.”

Kelly started off by handling misdemeanor trials and juvenile cases, then he made the jump to Walkup, Downing & Sterns, a prestigious plaintiff’s firm that now has Kelly’s name on the door. “I took the job for $100 bucks more a month,” he says with a laugh.

San Francisco in the 1970s was in the midst of a “golden age” of personal injury law with a community full of legal lions in the field of torts. “I got the opportunity of a lifetime to work with gifted lawyers,” says Kelly, who credits learning invaluable lessons about strategy, tactics, and approaches from mentors Dan Kelly (no relation), George Shelby and Ralph Bastian.

An early set back in Kelly’s career caused him to become a student of persuasion. It was a defense verdict in a case against Kaiser Permanente involving a brain-damaged infant that made him a student of the trial masters of the past. “I came away from it thinking I should never have lost. And I wasn’t going to let that happen again” Kelly says now, 40 years later. His response to that case was intensifying his focus on trial strategy, witness examination techniques, and evidence presentation, ultimately producing remarkable success.

One of Kelly’s most significant victories involved a $23 million verdict in a small town in Minnesota on behalf of another infant in a birth injury case. “That case is meaningful to me because it was a no-offer case in a tiny community against the local doctor,” he says.

Another career highlight involved a product liability case against bicycle equipment maker Bell Helmets, at a time when no other lawyer had successfully won a verdict against Bell for its defective bicycle helmets. Kelly and Walkup partner Richard Schoenberger tried the case in Santa Clara County Superior Court and secured a $17 million jury verdict.

“I felt that finally, 20 years into my career, I had reached a place where I felt like I belonged,” Kelly says.

Those verdicts enabled Kelly to earn a reputation as one of the nation’s leading personal injury and wrongful death lawyers. His awards include “Trial Lawyer of the Year” by eight chapters of Cal-ABOTA and induction into the Inner Circle of Advocates, a group limited to the top 100 plaintiff attorneys in the country. Just this year, he was inducted into Lawdragon’s 2021 Hall of Fame. The Northern California Super Lawyers publication named Kelly a “Top Ten” honoree and in 2020 and 2021 and he also received recognition as the No. 1 “Vote Getter” in Northern California.

Another source of pride is the opportunity to practice with his youngest son Conor, who is also a shareholder at Walkup, Melodia, Kelly & Schoenberger. They recently teamed up at trial to take on SuperShuttle in a vehicular negligence case that resulted in the death of a retired man and injuries to his wife. The father-son team obtained a seven-figure jury verdict. 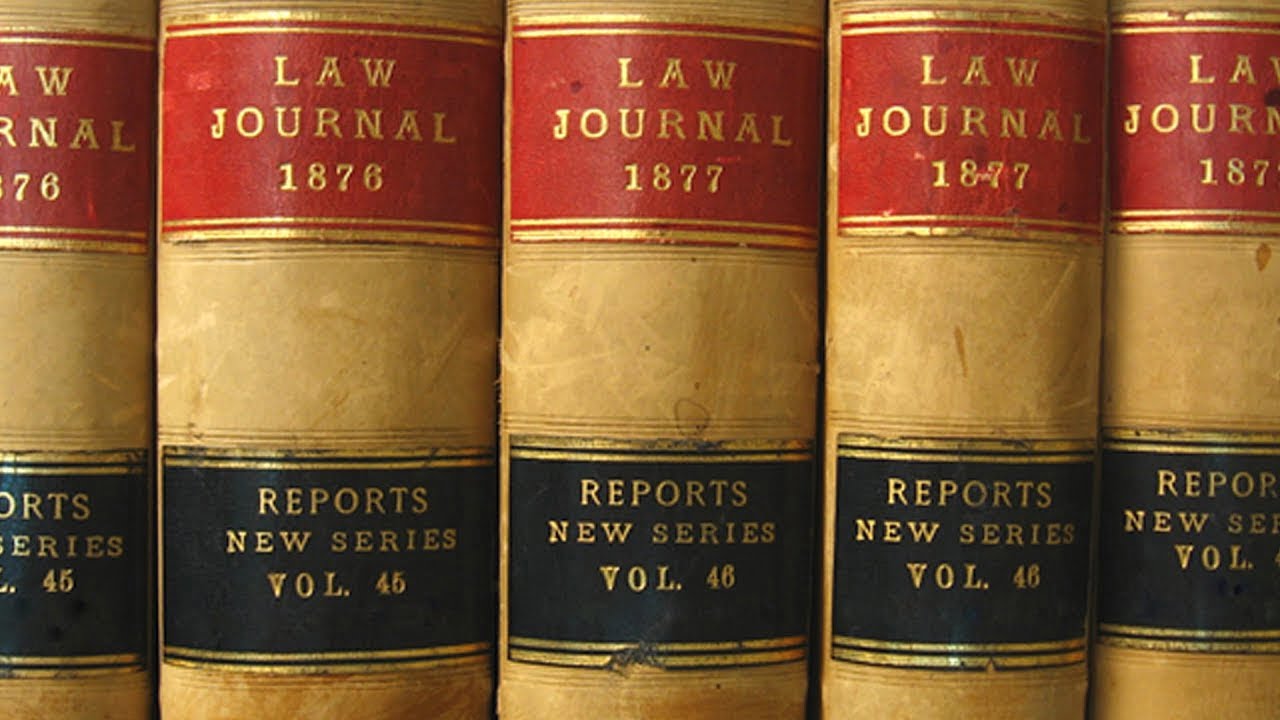 After 45 years, Kelly has no intention of slowing down. He splits his time between teaching trial advocacy and trial practice with an active caseload. He is currently focused on developing an online national, free trial school to teach courtroom techniques and approaches new lawyers can take from case to case.

“Teaching is hugely fulfilling, especially when months or years later you get a call and the person says ‘hey, I just wanted you to know that I used that method you taught me and it worked great.'”

Currently, he’s handling a case involving the weed killer, Paraquat. “It’s an unbelievably toxic herbicide” that is used throughout California’s Central Valley. Studies by the National Institute of Health have identified a link between Paraquat exposure and higher rates of Parkinson’s disease.

One of Kelly’s most fervent missions through the years has been trying to change the Medical Injury Compensation Reform Act of 1975, known as MICRA, which has put an artificial cap of $250,000 on pain and suffering damages in cases involving medical malpractice. Kelly calls it “the single most discriminatory and unfair set of laws that have ever existed in this state.” An initiative aimed at raising the cap has qualified for the 2022 ballot. If passed, the initiative would allow judges and jurors to decide whether compensation above $250,000 is appropriate in certain cases of catastrophic injury or death, and would require juries to be informed about the existence of the cap.

Covid-19 has shut down courthouses and exposed racial and economic disparities in our society, yet Kelly is optimistic about a post-pandemic civil justice system. While most jury trials are on hold and remote litigation is being touted as the only way to keep cases moving, Kelly embraces Zoom and other virtual trial platforms.

“The notion of faster, easier or cheaper has never been part of the equation for fairness or Constitutional compliance,” he says.

Utilizing remote platforms for court hearings may be beneficial for clients in administrative, scheduling, or other non-adversarial pretrial hearings, but when it comes to determining rights under the law, it is critical to preserve the in-person jury trial.

“The right to a civil jury trial is mandated by the Bill of Rights at the federal level and constitutionally requited at the state level by the California Constitution,” he says. “The jury trial is critical. It’s the most fundamental, grassroots act of democracy that any citizen ever participates in. We need to protect and cherish it.”