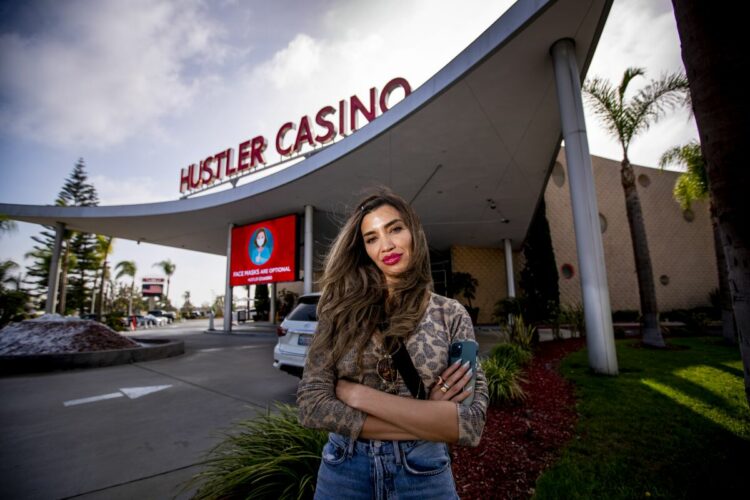 Probe Finds No Evidence of Cheating in LA Poker Show

As a three-month investigation into one of the most infamous poker hands of all time, played out in LA, comes to a close, Robbi Jade Lew has been cleared of cheating following accusations made by poker professional Garrett Adelstein. High Stakes Poker Productions released a report earlier this week stating that the investigation failed to find credible evidence to support cheating claims.

The most infamous poker hand of all time?

The saga started on September 29, 2022, when Lew – a relative newcomer to the world of high-stakes poker – won a $269,000 pot against Adelstein. Lew called Adelstein’s huge all-in bet with only jack high, which led her opponent to cry foul play immediately. Adelstein, who had missed his huge draw and was bluffing, openly accused Lew of colluding with another player at the table, allegations that Lew denied.

Following the accusations, the video of Lew’s infamous J-4 hand went viral, with some claiming that she was part of a cheating poker ring, perhaps making use of the latest technology, and others suggesting that it was the most famous case of beginner’s luck ever caught on camera.

As a result, internet sleuths took to obsessively rewatching the footage, looking for clues in her body language, jewelry, and even clothing. Things became so frenzied within the online poker community that professional poker players offered bounties totaling around $250,000 for anyone who came forward with pertinent information regarding the scandal.

Lew’s win over Adelstein has been referred to as the most infamous poker hand of all time, with major poker sites covering the story widely, offering what is probably the ultimate guide to Hustler Casino live stream allegations.

High Stakes Poker Productions quickly launched its own investigation into the accusations. The company spent more than $100,000 on the probe, hiring cybersecurity experts, private investigators, and legal experts to contribute to the findings. The comprehensive report – published on December 14 — explained the parameters of the investigation and looked into whether the RFID technology had been compromised.

RFID is a technology that allows the unique suit and rank of each player’s facedown cards to be broadcast to a receiver and is a key feature of televised poker games so that viewers can follow the action. However, the report found no evidence of tampering with the RFID system and couldn’t find any proof to support Adelstein’s claims that he had been cheated out of the pot.

While the investigation couldn’t find any proof of cheating, the report did highlight some critical risks with the show’s production setup that could potentially lead to issues in the future.

As a result, fans and professionals have heavily criticized High Stakes Poker Productions, with many suggesting that its approach to safety and security can compromise the integrity of the games it streams.

One of the most significant issues identified by the report was that players’ card information could be seen by anyone in the production room by the simple turn of a head. Of course, this is a huge security risk and increases the risk of cheating, but not in the case of Adelstein vs. Lew, as suspected by the former.

For instance, a wall and door will be installed within the production room, and the door will stay locked throughout the duration of filming. The display hole-card information can now only be viewed by the show’s director. All employees must place their electronic devices into signal-blocking bags before entering the production room.

The players themselves are also now subject to stricter rules and must pass through a metal detector before joining a game.

Still, the most infamous hand in the history of poker between Adelstein and Lew has served as a wake-up call, particularly now that poker streaming has become so popular in the digital age. It remains to be seen whether Lew will return to Hustler, but she can now press ahead with her poker career without being labeled as a cheat by her fellow players.

Meet the Founders of the Biggest Online Casino Companies

Meet the Founders of the Biggest Online Casino Companies