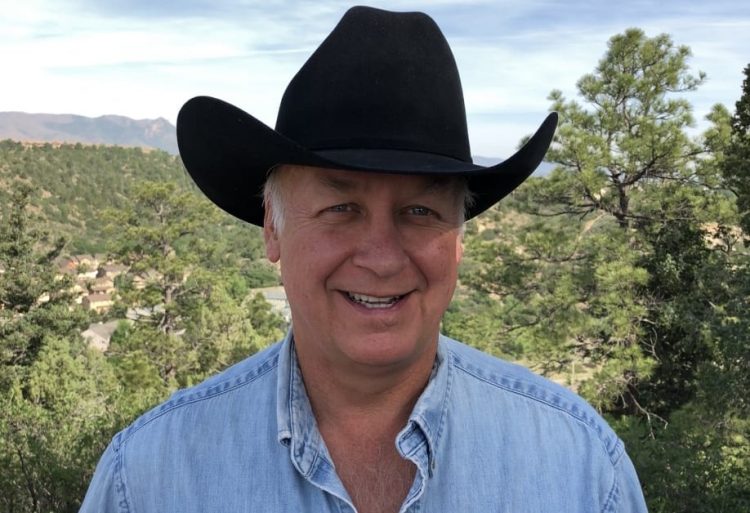 A new distribution and licensing concept could revolutionize the global economy and make intellectual-property litigation a thing of the past.

To say the idea for PatentBooks™ – an innovation aimed at transforming the way patents are distributed, paid for, and licensed – was divinely inspired, would not be an exaggeration to the man who created it, Art Nutter.

Nutter is chairman, CEO and founder of Colorado Springs-based TAEUS Corporation, an international intellectual-property (IP) rights company, which he founded in 1992. A man deeply committed to his Catholic faith, he has let that belief and inspiration guide him on many of his life’s ventures.

“I’ve always been a rule breaker and a bit of a rebel,” he says. “The good Lord blessed me with a big mouth, vision and, really, a lack of fear about almost anything that would deter most people and I’ve managed to use it throughout my life.”

Nutter enthusiastically shares how his deep convictions have brought “miracles” into his life and how they’ve fueled his commitment to following what he describes as divine guidance.

“I’ve experienced several ‘write to the Pope-type’ miracles,” he says. “I fully recovered from an injury that should have prevented me from ever walking again. My pregnant daughter came back to life after being given up for dead in a swine flu epidemic. And my father, who was diagnosed with stage-four pancreatic cancer, lived an additional three years past his prognosis – that is almost unheard of!”

After these experiences, Nutter could not ignore the voice that came to him one day telling him he needed to find a way to make patent transactions more efficient around the globe. With that, he took his decades of IP experience, his high-powered contacts, and his insight into how massive companies handle patents, and came up with PatentBooks.

“As someone who has worked with intellectual property rights for 26 years, I see myself as somewhat of an arms dealer,” Nutter says. “Patents are currently being used as weapons of economic warfare and back when we founded TAEUS, it was considered a ‘sport of kings.’ Only the big guys could play. But the little guys were saying, ‘You’re using my stuff, why can’t I play too?’ The kings didn’t like this.”

Trying to track down and find every patent holder on one tech component is an overwhelming task. For instance, the components of a smartphone involve about 350,000 patents. This makes it extremely difficult for little guys to get paid for the patents they hold. It also results in patent wars among the large companies spending years and billions of dollars locked in litigious battles that have all but ruined some companies.

“Remember when Sharp and Samsung were locked in a battle for patents for liquid-crystal display (LCD) TVs?” Nutter asks. “It was a very nasty litigation that went on for six years and while the companies were completely preoccupied with these lawsuits, Vizio came out of nowhere and took a massive chunk of their market share.

Battles between Apple and Google have resulted in a billion dollars in damages and easily hundreds of thousands in legal fees for both companies. The issue centered on only seven of those 350,000 patents involved in the manufacturing smartphones.

“The thing is, Apple and Google aren’t thieves, nor are many of the international tech developers, but the system as it exists gives them little recourse to be able to pay with any ease, equity, or consistency,” Nutter says. “I think Steve Jobs said it best when he was pitching iTunes after the Napster debacle: ‘Most people are honest, if you give them the chance to be honest.’”

PatentBooks is a concept that can fix all of this. It will result in more patent holders being paid and all but eradicating litigation. The large companies can focus on what they do best: innovation and bringing products to market.

So what is PatentBooks? The easiest way to describe it is Spotify for patents, broken down by industries. All patent holders can “opt in” to the PatentBook related to their industry and companies and other innovators that might need those patents will pay a regular subscription fee. It will become a standard business expense as commonplace as a utility bill. PatentBooks then bundles the patents and breaks them down to a three-tier pay structure that is easy, equitable, and consistent across every industry.

“We have determined the top two percent of any patents in a bundle are the pivotal ones – those are Tier 1,” Nutter says. “These guys should get half the money because they’re that good. Tier 2 is 13 percent of patents in the bundle on the next level – they get 30 percent of the money and the remaining 85 percent are almost obsolete but instead of giving them zero, we give them two percent, which is enough to keep their maintenance fees revenue neutral.”

Though Nutter is just beginning to launch the official PatentBooks strategy worldwide, he’s been socializing the concept for the past few years and the response has been overwhelming. He’s met with all three branches of the United States government and has presented at conferences throughout the world. Some might be surprised to hear that Chinese venture capitalists have been among the most enthusiastic about the idea, but he wants to perfect the concept in his native language before launching in other countries.

The inaugural PatentBook is now being built with the help of major investments. The industry: autonomous vehicle technology. On the verge of exploding, autonomous vehicles are a particularly attractive prospect because the concepts currently being developed and tested are not a few large inventions but a collection of thousands of small ones. Once launched, the innovations will spread across the globe at warp speed.

Already endorsed by the Roman Catholic Church, PatentBooks will benefit everyone involved. Inventors will get paid. Innovators will have a predictable low payment and patent wars can be virtually eliminated.

“We are at a unique phase of human history,” Nutter says. “We continue to learn from each other and technology allows us to duplicate knowledge faster and more efficiently than ever before. We need to implement a system where those who are doing the creating are getting paid for their work. 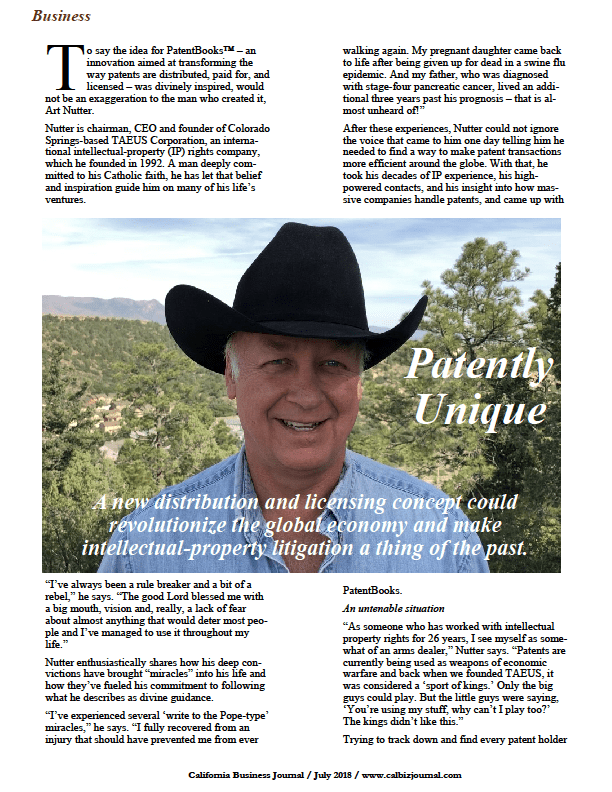 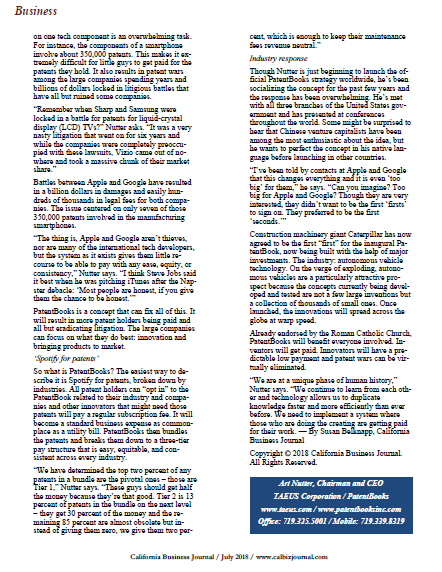